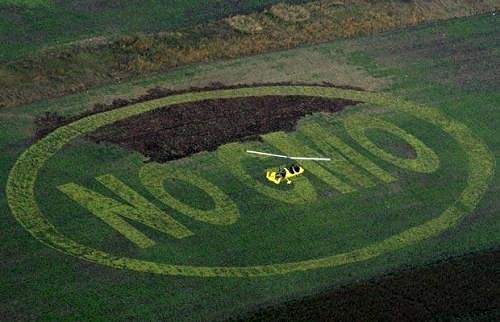 AnthonyGucciardi
NaturalSociety
April6, 2012
Theannouncement, made by Agriculture Minister Marek Sawicki, sets yet anotherinternational standard against Monsanto’s genetically modified creations. Inaddition to being linked to a plethora health ailments, Sawicki says thatthe pollen originating from this GM strain may actually be devastating the already dwindling bee population.
“Thedecree is in the works. It introduces a complete ban on the MON810 strain ofmaize in Poland,” Sawicki stated to the press.
Similaropposition to Monsanto occurred on March 9th, when 7 European countries blocked a proposal by theDanish EU presidency which would permit the cultivation of genetically modifiedplants on the entire continent.
It was France, who in February, lead the chargeagainst GMOs by asking the European Commission to suspend authorization toMonsanto’s genetically modified corn. What’s more, the countrysettled a landmark case in favor of the people over Monsanto, finding thebiotech giant guilty of chemical poisoning.
In a ruling given by acourt in Lyon (southeast France), grain grower PaulFrancois stated that Monsanto failed to provide proper warnings on theLasso weed killer product label which resulted in neurological problems such asmemory loss and headaches.
The court ordered an expert opinion to determine thesum of the damages, and to verify the link between Lasso and the reportedillnesses. The result was a guilty charge, paving the way for further legalaction on behalf of injured farmers.
Since1996, the agricultural branch of the French social security system has gatheredabout 200 alerts per year regarding sickness related to pesticides.However only 47 cases wereeven recognized in the past 10 years.
Nationsare continually taking a stand against Monsanto, with nations likeHungary destroying 1000 acres of GM maize and India slamming Monsanto with‘biopiracy‘ charges.