Reports announced it. Previous efforts failed. We’ve been here, done that several several times before. Is this time different?

It remains to be seen. On April 23, Haaretz headlined “Palestinian factions prepare to implement reconciliation deal.” 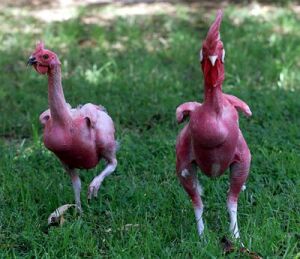 Mounib Al-Masri headed Abbas’ negotiating team. “There has been great progress, and we are near ready to sign a deal at 11AM” local time, he said.

“PLO and Hamas representatives announced an historic unity deal on Wednesday to bring to an end more than seven years of political division between the main Palestinian political parties.”

He said both sides worked as “one team.” They did so “to form one government, one political system and one national program.”

We’re “happy to declare the end of the period of inter-Palestinian division,” he added. All sides stressed the need to achieve results after repeated failures.

It begins with establishing national unity. In six months or less, presidential and parliamentary elections will follow.

In April 2011, both sides met earlier. They did so in Cairo. They announced a draft reconciliation agreement.

Egypt’s MENA news agency confirmed “a complete understanding after talks on all the points, including the formation of a transitional government with a specific mandate and setting a date for elections.”

Fatah’s delegation head, Azzam Al-Ahmad, confirmed it. Both sides agreed to a “government of independents,” he said.

They’ll be “tasked with preparing for presidential and legislative elections within a year.”

Netanyahu reacted as expected. He demanded Abbas “choose between peace with Israel or peace with Hamas.”

“There cannot be peace with both because Hamas strives to destroy the state of Israel and says so openly,” he said.

“I think that the very idea of reconciliation shows the weakness of the Palestinian Authority and creates the prospect that Hamas could retake control of Judea and Samaria just like it took control of the Gaza Strip.”

More below on his reaction this time.

It bears repeating. Is this time different? There’s good reason for doubt based on past failures. Agreed on terms largely reflect what Cairo and Doha negotiators resolved.

Both sides agreed to reactivate the Palestinian Legislative Council. Some issues remain to be discussed. They include who’ll control Hamas’ security forces.

Ahead of general elections, Hamas agreed to temporary PLO leadership. It’ll represent all Palestinian groups. They include Hamas and Islamic Jihad.

Talks will continue. Fatah official Azzam al-Ahmad said neither side accepts resuming so-called peace talks without clear guidelines. More on this below.

“This evening, when talks are still underway to extend negotiations, (Abbas) has chosen Hamas over peace. Whoever chooses Hamas does not want peace.”

Netanyahu told John Kerry: “We view this move as a return to the familiar pattern of the Palestinians who run away every time they need to make decisions.”

“The signing of an agreement for a Fatah-Hamas unity government means the end of negotiations between Israel and the Palestinian Authority.”

“In light of the new situation, Israeli must examine what this development means and reconsider its steps.”

Since talks began last July, nothing substantive was resolved. Both sides are as far apart as ever. Chances for peaceful conflict resolution are virtually NIL.

An unnamed senior US official said:

“We have been clear about the principles that must guide a Palestinian government in order for it to play a constructive role in achieving peace and building an independent Palestinian state.”

“Any Palestinian government must unambiguously and explicitly commit to nonviolence, recognition of the State of Israel, and acceptance of previous agreements and obligations between the parties, including the Roadmap. President Abbas has been committed to these principles.”

“If a new Palestinian government is formed, we will assess it based on its adherence to the stipulations above, its policies and actions, and will determine any implications for our assistance based on US law.”

“It is hard to see how Israel will negotiate with a government that does not recognize its right to exist.”

“The Palestinian reconciliation deal raises concerns and could complicate the efforts to extend peace talks.”

“The ball is in the Palestinian court to answer questions about how government announcement affects peace talks.”

Abbas said unity with Hamas doesn’t affect peace talks. He stipulated terms for continuing them. He said for nine more months if negotiations include:

• a complete settlement construction freeze throughout the West Bank and East Jerusalem; and

An unnamed senior Israeli official categorically refused. Settlement construction will continue, he said. Borders are separate from other core issues, he claimed.

They include diaspora Palestinians right to return, Jerusalem’s status, security and mutual recognition, he said.

“It is impossible to define borders before an agreement” on these and other issues, he added.

“At the same time, (Abbas) makes unfounded declarations of peace, (he’s) holding talks with Hamas – which is known to the whole world as a terror organization that calls for the destruction of the State of Israel and the murder of Jews.”

It represents 22% of historic Palestine. Israel flatly refuses. It wants all valued Judea and Samaria land annexed. It wants Jerusalem as its exclusive capital. It offers Palestinians virtually nothing in return.

Likud hardliner Ofir Akunis called Abbas “Arafat in disguise. Palestinian leadership…changed only in tone, not in content,” he said.

“Underneath the diplomatic sweet talk hides an extremist leadership whose face is not turned toward peace or an agreement, but toward endlessly extorting the release of murderers, concessions and retreats by Israel – as conditions just for the holding of negotiations.”

Deputy Foreign Minister Ze’ev Elkin said the PA “once again has exposed the true unity of purpose between Hamas terrorists and the Fatah leaders – the annihilation of the Jewish state.”

“One should not be surprised that those who refuse to even discuss recognition of the Jewish state in any borders whatsoever, and pays huge salaries to Palestinian terrorists who murdered Israelis and are doing time in Israeli jails, finally found his natural place in the warm embrace of the Hamas murderers.”

Media scoundrels lied. They called an offer designed to be refused a “generous (and) unprecedented” one.

Barak was hardline. He insisted Arafat agree, declare an “end of conflict,” and end any legal claim to land rightfully belonging to Palestinians.

No Israeli offer in writing was presented. No documents. No maps. Arafat had no choice. He rejected Barak’s duplicitous offer.

He became persona non grata. He was a marked man. He was targeted for elimination.

Israel lay siege to his compound. Most of it was destroyed. On November 4, 2004, he died in a Paris hospital.

Suspicions of foul play surfaced. Evidence showed he was poisoned. Polonium was used to kill him.

It’s around 109 times more toxic than hydrogen cyanide. Its main hazard is radioactivity. It’s most lethal when ingested or inhaled. It’s hard to detect.

Peace is a convenient illusion. Israel deplores it. So does Washington. Unconditional Palestinian surrender is demanded.

It takes a giant leap of faith to think so. Palestinians remain on their own for justice.