‘PIRATE’ RELIGION OF KOPIMISM ARRIVES IN THE U.S. 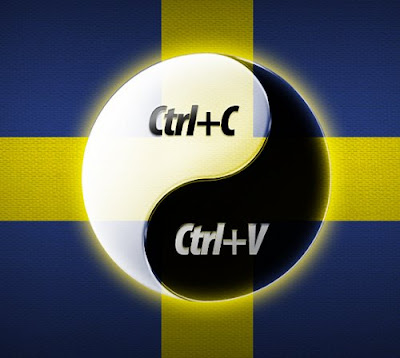 By Muriel Kane
Raw Story
April 22, 2012
Sweden’s MissionaryChurch of Kopimism, which was founded in the fall of 2010 and grantedofficial recognition by the Swedish government this past January, has alreadyestablished branches in eighteen countries, including the United States. Nowthe upstart religion is begining to attract mainstream attention.
Kopimism is currentlyfeatured in a story in USNews and World Report, somewhat misleadingly titled “Kopimism, Sweden’sPirate Religion, Begins to Plunder America.”
Christopher Carmean, the founderof the U.S. branch, told US News,

“Data is what we are made of, data iswhat defines our life, and data is how we express ourselves. … Attempts tohinder sharing are antithetical to our data-driven existence.”

The Church of Kopimismcomes across partly as a spoof of organized religion similar to the Church ofthe Flying Spaghetti Monster, partly as an attempt to gain support for itsdesire to do away with most copyright laws, and partly completely in earnest.
As one Kopimist recently put it, “Notto belittle mainstream religion, but why is it okay to worship some bearded guyon a throne in the sky, but not this?” 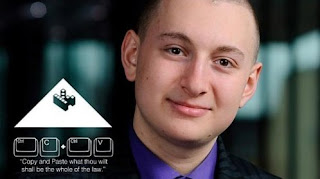 According to itsSwedish founder, 20-year-old philosophy student Isak Gerson, adherents ofKomimism “believe that information is holy and that the act of copying is holy.”
Gerson told NewScientist that because the Swedish “authorities were quite dogmatic withtheir formalities,” it took three tries for his group to be recognized as achurch.

They finally had to convince the government that they regard thecopying of information as an act of worship and “CTRL+V” and “CTRL+C” as sacredsymbols. 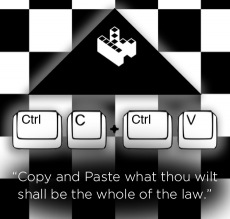 The American branch,which calls itself the First United Church of Kopimism, US, has registered withthe state of Illinois as a 501(c) (3) non-profit organization but has not yetsought federal recognition as a religion. Its activities chiefly center arounda website thatbegan operation last January 9, a few days after the Church of Komipism wasrecognized in Sweden.
The site offers astatement of values which explains,

“TheChurch of Kopimism does not make claims regarding gods or supernatural forces.Life as we know it originated with the DNA molecule’s ability to duplicateitself, irrespective of the original creation of the Universe. … Copying isfundamental to life and runs constantly all around us. Shared informationprovides new perspectives and generate new life. We feel a spiritual connectionto the created file.”
“From all at one and fromone to all ~ and then back ~ exchange without beginning and without end,” itadds.