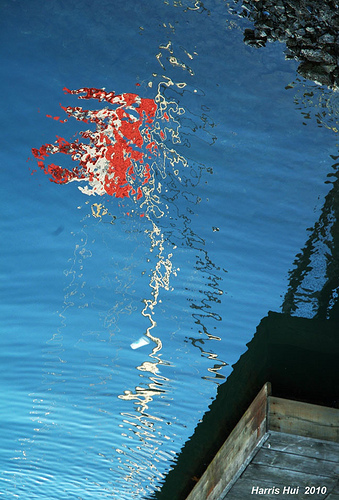 If you like a good mystery, this news item is chock full of them.

Gee,you’d think the wars were over with, wouldn’t you?
But Iran and Syria are juston hold until Obama gets re-elected.
Arethey closing the recruiting centres because attendance has waned?
Hasword gotten round about the horrors of Afghanistan and Iraq?
Well,maybe the recruiters will scour the countryside for unemployed farm boys, theway they did for the (other) world wars. Well, waddyano, further down the pagewe find this:

The military’s recruiting group islooking at conducting what is known as remote processing, in which recruitingstaff would go on the road to various areas to process new recruits.

So ifthis is all to save money, can we rest assured the recruiters won’t pull aPetie MacKay and spend multithousands justto fly a few hundred miles.

You might be interested to see a report of where Canada currently ranks inmilitary power (and what its firepower consists of):

GlobalFirepower The US is numero uno, of course.
This site predicts aninternational army serving under a global flag within the next one or twodecades. And indeed, when you read the Citizen article further you find that alot of the proposed layoffs will be spread out over a number of years, if theyhappen at all.

So gradually, as the global agenda progresses, we may see moreof this kind of clue that certain areas of national government are being phasedout – but instead of hearing the truth, we’ll be told it’s just to save money.

The beauty, in the eyes of some, is that when things get really bad for thegeneral population and more and more uprisings occur, an international armywill better be able to step in and do crowd control (you know, keeping thepeace) than a local army would, local soldiers being possibly reluctant toshoot real bullets at their own people.
That may also be one of the reasons for the partnership with the US Northern Command ~ sothat US troops could step in to put down a Canadian uprising, and vice versa.

Last, but still worth considering: maybe recruitment centres won’t be needed ifa draft is imposed, which of course would only occur if the predicted WWIII isnot just a conspiracy fantasy.

I’m also getting the feeling our economy is

going to tank (further), which meansthere will be lots of unemployed youth with no place to go but the military.

Economists have warned that highenergy prices could derail the economy, which is why countries such as theUnited States, Britain and France are examining tapping their oil reserves.

Boycottsof big oil are being called for.
Iremember back in 1967 we boycotted bacon because it went up to over $1.00 a lb.We just stopped buying bacon. There was other meat we could eat.  And theboycott worked; bacon went down to 90 cents.  Where is it now, Iwonder?  I haven’t eaten bacon in so long I haven’t a clue what it costs,but I bet it’s way over a buck.

Not so easy to boycott gasoline, though. I’m reminded of something a familymember told me about recently, how Jane Goodall documented a wimp chimp whobecame recognized by his clan as an alpha male because he discovered thatbanging kerosene cans together made a hell of a noise, and had it all over thegrunting, strutting chest thumpers.

Now wouldn’t that be novel ~ thousands of protesters dressed inprimate suits banging kerosene cans on Parliament Hill?  Only for gawd’ssake do it when the politicians are in there, not on a Saturday or over theEaster holiday.
And keep doing it until the gas prices go down, even if it meansusing up your sick time and holidays (if you’ve got a job).  It might beworth it in the long run, and would certainly scare the bejeebers out of thecops.

Oh, and then there’s

the “drag” ofpeople with gray hair making the economy even worse. Kill me, please.

And we are still daily being reminded of terrorism

GWB style, which means the fake”war on terror” is revving up again to justify diverting funds forsocial programs into war machines.

By the way: remember Obama’s pre-election promise to