Onside with The Outsider: Colin Wilson at 80 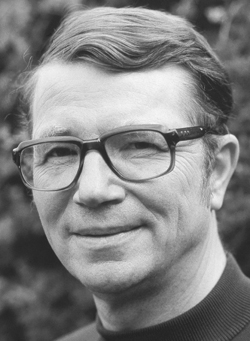 Colin Wilson passed away on 5 December 2013. A tribute to this life and examination of his work written by Colin Stanley appears in New Dawn 143 (March-April 2014). New Dawn Special Issue Vol 8 No 2 to be published in April 2014 contains an interview with Colin conducted by Australian writer Louis Proud. The following article was published in New Dawn on the occasion of Colin Wilson’s 80th birthday in 2011.

You know individuals have become icons when they are referred to simply by their first names: Marilyn and Diana being perhaps the two most obvious. But in New Age, occult and esoteric circles there is only one Colin (while Wilsons may be thick on the ground). And as the last of the Angry Young Men has reached the age of 80, if ever there was a time to celebrate Colin (Wilson’s) contribution to the world of the mind and spirit, this is it.

This is something of a personal paean, as he has touched both of our own lives in his typically exhilarating way. Back in the 1980s, when Lynn was Deputy Editor of the landmark weekly publication The Unexplained, he was one of its consultants. Thank the gods for Colin! Always polite and affable, he was also the consummate professional, being particularly noted for delivering an article on any subject at a moment’s notice that was word-perfect and guaranteed to be a hot topic for discussion, not only among the readership but even among the cynical editorial team. He was never grand, although with his fame, he could well have been. And of course he has added to the list of his remarkable achievements in the quarter century after the last edition of The Unexplained saw the light of day.

His main achievement has always been to shake his readers up. Through his books on philosophy, psychology, criminology, parapsychology and the weirder aspects of the paranormal – even his novels – he has challenged consensus reality head on. Few authors have done this so consistently, bravely and anarchically, although many have tried. And in our view, no author has done so quite so successfully, if success is measured in kick-starting a mass awakening from spiritual and mental zombie-hood.

This intellectual dynamism – more akin to actual dynamite – has been there right from Colin’s first work on existential philosophy, The Outsider (1956), through to more recent books dealing with weird phenomena such as his study of alleged ET encounters and alien abductions, Alien Dawn (1998).

It all stemmed from a profound dissatisfaction with the way most people experience the world – the feeling that we’re all missing something important. Or “the vague, brainless, cow-like drifting of the people around me” Colin was aware of from adolescence.1

The occasional individual – usually an artist, poet or mystic – may experience “certain moments when he feels curiously immortal, god-like, as if hovering above the world, untouched by its dullness.”2 But is this just an illusion? Which is the ‘real’ world: the mundane everyday reality or the mystics’ and artists’ glimpse of something bigger, brighter and considerably more joyful?

Pursuing such questions led the young Colin to existential philosophy, resulting in his first book, The Outsider, published in 1956 when he was 24. It was an immediate sensation. The term ‘angry young men’ was originally coined by The Times to describe both himself and John Osborne (whose Look Back in Anger premiered the same week as The Outsider was published).

Over the next decade Colin pursued his search for meaning through a mainly philosophical and literary approach. His ‘Outsider cycle’ of six books, plus a final summary volume in 1966 – covering religious experience, human sexuality and discoveries in psychology – developed his ‘new existentialism’, basically existentialism minus the customary pessimism. While Colin regards the flashes of meaning experienced by poets/mystics – or by many ordinary folk as a ‘peak experience’ – as evidence of a state of consciousness towards which humans are evolving, existentialists see them as the mind’s trick to convince us that life’s worth living. Colin has no truck with turgid pessimism – one of his most endearing and encouraging traits, which also, incidentally, makes his talks so life-enhancing.

All his work has continued to develop the original themes of The Outsider, right through to his 2009 Super Consciousness: essentially an update of The Outsider but incorporating all the other major fields of interest he has accrued throughout his long career.

But back in the early 1970s it was The Occult, his great landmark book that set the world alight. Ironically, as a sceptic, he only accepted the commission for the money, intending to write a noncommittal survey of the subject, but it was to turn his worldview upside down. His research not only persuaded him that psychic abilities are real, but it also transformed and enhanced his vision of human beings. (And the vision of many of its readers too, such as Clive, whose own life changed dramatically because of The Occult and its sequel, laying the foundations for his career as a writer of books on the esoteric and alternative history.)

It is hard not to gush about The Occult. In retrospect, it is probably not much of an exaggeration to say that this mammoth work, published in October 1971, worked the same blinding epiphany on many of its readers as did say, Darwin’s Origin of Species in its day. And it had a happy spin-off: not only was The Occult a seminal book for a popular audience but it also revived Colin’s career, which had languished since the heady days of angry young manhood.

Discovering that “the mind possesses hidden powers that can influence the external world”3 finally answered his question about whether the mystics’ and poets’ insights of a purposeful universe were real or illusory – and about whether or not the pessimist-philosophers are right. To Colin not only are they wrong, but their state of mind is actively dangerous, since it inhibits the human ability to tune in to and even order the world: “…there is something in our minds that can alter our lives – the ‘something’ that causes synchronicities, for example.”4

Perhaps with all the gloom and doom centred on 2012 hysteria, the New Age community in particular needs to receive an injection of Colin’s inspired optimism. Like the Hermeticists of old, he actively celebrates what it means to be human. O what a miracle is Man!

Mysteries (August 1978), his sequel to The Occult, explored in greater depth the relationship between the hidden powers of the mind and the outside world, covering subjects such as dowsing and Earth mysteries.

Another major development in Colin’s thinking came in 1980. Until then he had understood paranormal phenomena purely in terms of the interaction between the hidden depths of human consciousness and the physical world. But through his research into poltergeists (which he originally thought were projections of the subconscious) he came to accept the reality of spirits, the afterlife and also the existence of non-human entities. As he wrote in 1992:

More than twenty years of psychical research have led me to the conclusion that there is a ‘psychic reality’ which runs parallel to our physical reality. Ghosts, demons, poltergeists, fairies, even ‘vampires’, are incursions from this ‘other reality’ into our own.5

These, too, found a place in his all-encompassing philosophy:

…their effect is to remind human beings that their material world is not the only reality. We are surrounded by mystery that cannot be understood in terms of scientific materialism. If psychic phenomena have a purpose, it is to wake us up from our ‘dogmatic slumber’, and galvanise us to evolve a higher form of consciousness.6

In Alien Dawn (1998) Colin came to agree with researchers such as Jacques Vallée and John A. Keel that encounters with apparent extraterrestrial entities, including alien abductions, belonged to that parallel, psychic reality – essentially as an updating of the ancient fairies and demons tradition. Discussing the work of abduction researcher John Mack he noted:

Since The Outsider was about people who feel that there is something deeply wrong with ‘consensus reality’, and that we need to broaden our views about what is real or possible, I experienced an instant rapport with his conclusions. I ended by coming to believe that although UFO phenomena seem to contradict consensus reality, they do not contradict the reality described by quantum physicists. Or, for that matter, mystics.7

Colin has, over an astonishing six decades, built a grand, all-encompassing and consistent vision of the universe and humanity’s place in it. He started out with the basic question: why are we here? This is his bold and heartening answer (from his 2004 autobiography Dreaming to Some Purpose): “The purpose is to colonise this difficult and inhospitable realm of matter and to imbue it with the force of life.”8

This gels astonishingly with the latest (if weirdest) scientific thinking, such as physicist John Archibald Wheeler’s idea that we live in a ‘participatory universe’ that is being created by human observation.

That’s perhaps the most enviable of Colin’s talents as an author – he is always relevant. From the days of the angry youth to the spiritually bereft and scared 21st century he has always understood the underlying mood. But instead of feeding off our angst like other authors he always has taken us by the scruff of the neck, shaken us and made us glad to be alive. With Colin’s words in our heads we face the future with confidence and courage.

It also helps that he writes and speaks like a dream – always with utter sincerity and deep knowledge – and that he’s a really, really nice guy.

LYNN PICKNETT & CLIVE PRINCE’s joint career began with Turin Shroud: How Leonardo Da Vinci Fooled History and – eight books later – they published The Forbidden Universe. They are best known for their 1997 The Templar Revelation, which Dan Brown acknowledged as the primary inspiration for The Da Vinci Code. As a reward for their contribution they were given cameos in the movie (on the London bus). They also give talks to an international audience. Lynn & Clive both live in South London. Their website is www.picknettprince.com.

Read this article and much more by downloading
your copy of New Dawn 126 (PDF version) for only US$2.95