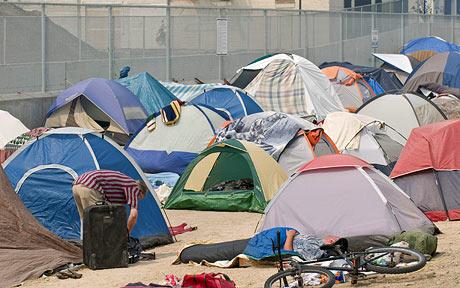 Disposable Americans
ED Noor: Basically the following article is all about that international JWO (Jewish World Order) drive for population reduction only it only covers the current process of selection.  It seems wars are just not fast enough of late. Their international culling takes on many guises ~, one major step being financial destruction.  Partway along this cycle, austerity is brought into the picture and then the parasites begin to seriously suck all marrow from the bones of the corpse. . This is termed “austerity” ~ the painful cell by cell pecking to death and slow devouring of entire peoples and nations. They have been at it for a very long time and have perfected their methodologies.

Remember that, when considering the usage of “austerity” to pay the debts of the Talmudic bankers, Jews have always favoured starvation and neglect as a cost effective manner by which to dispose of chattel/cattle populations,. In our modern history only a few of their efforts have included the Christian White Russians, the Boers,, Eisenhower’s Germans, the Armenians, so many African peoples, Palestinians;the list is endless. European countries and North Americans are now involved in the austerity culling of the unwanted that has been going on in Third World countries for decades, perhaps even centuries. 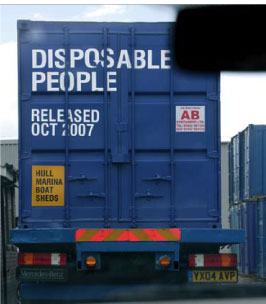 A troubling problem that refuses to go away: what to do with our growing “surplus-population” (to paraphrase Scrooge by way of Malthus)?

That is to say: in our 21st century post-industrial economy, tens of millions of people ~ i.e., human beings, right? ~ now have little or no “market-value.”

Two factors are primarily responsible: hi-tech automation and offshoring (capital flight, “race to the bottom”).
Their job-skills ~ such as they were ~ are now overpriced, redundant, outmoded, superannuated. They can neither be exploited as productive (but underpaid) workers nor as affluent (well-paid) consumers. They are idle, discontented, restless ~ and are liable to sudden spasms of rage and social unrest.
What to do?
We’re talking of, say, up to 20% of the people living in the U.S. Within the ideological prism of late-capitalism ~ in which individual “worth” is reduced entirely to “market-value” ~ they’re “worthless.” (Remember: “there is no [civil] society” ~ Margaret Thatcher.)
You can’t just… kill them ~ although that would be the easiest, most-efficient and cost-effective way of disposing of the problem. The elite 1% (or should we say, one-tenth of 1%) may still enjoy limited-liability for the crimes and reckless actions of the thousands of profit-squeezing machines they rely on, which we call Corporations.
.

ED Noor: Misleading ad. Walmart is responsible for a great deal of this damage. Putting all competition out of business, ruthlessly cutting costs, shipping production overseas, both killing jobs and community tax bases, employee mistreatment….. the list is endless. Still: there remains a residual, normative/legal constraint against premeditated murder. The unmentionable if glaring exception: bombing and burning thousands of innocent people in places like Iraq and Afghanistan.
So, I ask once again: what to do?
In the U.S. alone, structural unemployment (plus part-time “under-employment”) equal close to 20%. And according to new UNICEF statistics, 23% of children in the U.S. are now living in poverty.
. 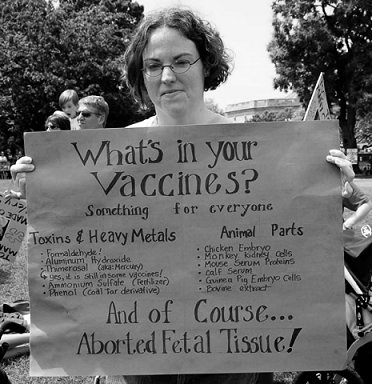 One approach often works ~ a variety of the “shock doctrine.” To paraphrase:

“In these times of financial uncertainty ~ or rather, crisis! ~ we simply can no longer ‘afford’ to help all these people. After all, no one should simply be ‘entitled’ to low-cost, government-subsidized services like basic medical care or (substandard) housing.”

In a word: Austerity.
When these people are “down,” a swift kick will make them “out.”
How so?
Out of desperation, they will steal a loaf of bread (figuratively speaking); and this army of Jean Valjeans can then at least fill some profit-making function ~ longterm “guests” in the expanding hostelries of PrisonsUSA (LLC).
But despair and hopelessness can also simply make a lot of these people “go away” in another way ~ into self-destructive (and eventually) fatal alcoholism, drug abuse, shootings, “accidents.”

You see ~
adopting a valuable military metaphor ~
you’ve attacked the poor and the useless;
now, put them under a “siege”
called austerity.

This is simply business: maximizing profit, the bottom-line. These people are “worthless,” right? But they’re an irritant, an annoyance, and we want to “get rid of them.”
. 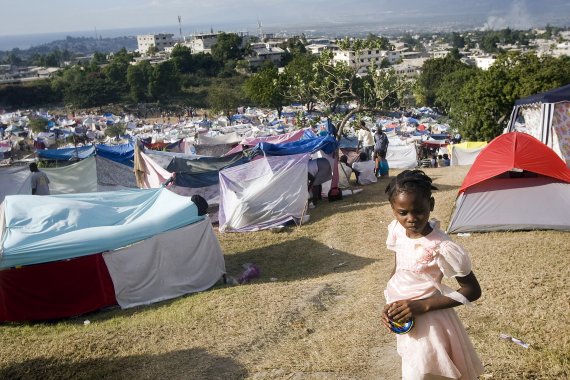 Disposable Haitians
Do you get my drift? So get to work on it.
There are many, many historical precedents to study for your strategy and planning.
Bookmark the permalink.