Obama is obsessed with secrecy. He wants government wrongdoing suppressed.

Whistleblowers are criminalized for doing their job. Independent journalism is threatened.

Helen Thomas (1920 – 2013) covered five decades of US administrations. She began during the Kennedy years.

In July 2009, she complained about Obama. She called his press-controlling efforts unprecedented.

“It’s shocking. It’s really shocking,” she said. “What the hell do they think we are, puppets?”

“They’re supposed to stay out of our business. They are our public servants. We pay them.” Press control is worse than ever before, she said. 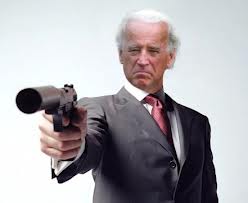 “Nixon didn’t try to do that. They couldn’t control (the media). They didn’t try.”

“I’m not saying there has never been managed news before, but this is carried to (a) fare-thee-well for town halls, the press conferences. It’s blatant.”

“They don’t give a damn if you know it or not. They ought to be hanging their heads in shame.”

Throughout his tenure, Obama waged war on fundamental freedoms. He exceeds the worst of George Bush.

First Amendment rights matter most. Without them all others are at risk. Press freedom is on the chopping block for elimination.

Net Neutrality is its last frontier. Obama promised to preserve it. His policies are polar opposite. He wants giant telecom and cable companies given control.

Press freedom is endangered on his watch. He prioritizes secret monitoring. He wants truth and full disclosure suppressed.

Obama lied saying “(g)overnment should be transparent. (He claimed he) promotes accountability and provides information for citizens about what their government is doing.”

His policies are polar opposite. He elevated information control to a whole new level. Aggressively targeting whistleblowers and reporters compromises free expression.

He wants unprecedented amounts of government information classified to conceal what’s vital for everyone to know.

He monitors journalists. He accesses their phone records. He reads their emails. He tracks their personal movements.

He’s more aggressive than the worst of other police states. He wants nothing he demands suppressed made public.

The American Center for Law and Justice (ACLJ) calls itself “committed to ensuring the ongoing viability of freedom and liberty in the United States and around the world.”

It focuses on constitutional law and other fundamental rule of law principles. On February 18, it headlined “Why is the Obama Administration Putting Government Monitors in Newsrooms?”

“Last May the FCC proposed an initiative to thrust the federal government into newsrooms across the country.”

“With its ‘Multi-Market Study of Critical Information Needs,’ or CIN, the agency plans to send researchers to grill reporters, editors and station owners about how they decide which stories to run.”

“A field test in Columbia, SC is scheduled to begin this spring.”

CIN’s purpose “is to ferret out information from television and radio broadcasters about ‘the process by which stories are selected’ and how often stations cover ‘critical information needs,’ along with ‘perceived station bias’ and “perceived responsiveness to underserved populations.’ ”

Government monitors will assure newsrooms comply with their policy, or else. All police states operate this way.

In her book titled “The Origins of Totalitarianism,” Hannah Arendt said dictatorship is based on:

(4) a technologically conditioned monopoly of communication;

Ronald Reagan is its prototype ruler, said Gross. Bush I, II, and Clinton operated the same way. So does Obama and then some.

It’s using it as a pretext for belligerence and repression. It’s calling rigged elections democratic ones. It’s preventing real ones.

It’s favoring corporate and elitist interests over popular ones.

All of the above describe America. It mocks democratic values. It trashes rule of law principles. It invents its own. It does so to justify policy.

It’s run by powerful monied interests. They claim a divine right to do any damn thing they please.

In his 1990 joint session of Congress address, GHW Bush called it a “New World Order.” He left unaddressed what he meant.

Obama exceeds the worst of his predecessors. He’s waging multiple direct and proxy wars. He has other targets in mind.

He wants all independent governments toppled. He tolerates no nonbelievers. He wants everyone mass surveilled.

He wants total information control. He wants freedom in America extinguished. He intimidates journalists to comply. Imagining threatening ones who refuse.

The World Press Freedom Index ranks America 46th. It should be much lower. It major media are instruments of state propaganda. They lack legitimacy.

What should be the world’s best in many ways reflects the worst. All repressive regimes want total information control.