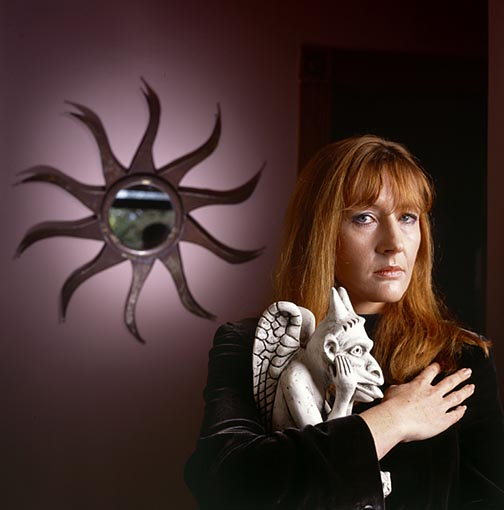 I have written aplenty on the Potter series, and not in glowing terms by any means. 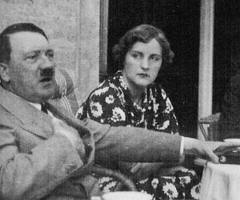 Joanna Rowling is a mind-controlled Monarch slave, said mystery man who claimed to be father of J.K. Rowling’s child. He also said he was lovechild of Unity Mitford and Hitler (pictured here.)

Jessica Mitford who helped conceive the Harry Potter series told him he was Hitler’s son.

By John Hamer
Who among us could not fail to enjoy the harmless fun and yet enjoyably scary tales about Harry Potter, the heroic boy-wizard in an epic fight against the forces of evil?
ED: The books are chock full of Illuminist magic and symbolism, all very accurately utilized in the series. I was shocked to read that even in the Muslim world, children were encouraged to read this material.
What wonderful entertainment we have all had from the vivid imaginings of Joanna K. Rowling, that ‘single-mother made good’ who somehow against all the odds, managed to drag herself almost from the gutter to become a multi-billionaire and a role-model.
If only all was as it seems…
Joanna Rowling is a mind-controlled Monarch slave, selected to be the author of the stories because she exhibits the ‘positives’ of single parent status.  She is a member of the Fabian Society and the Church of Scientology.  The Church of Scientology is a CIA-run front for the Royals, Rockefellers and Rothschilds.
Around Christmas 2011, I corresponded with and spoke to a “mystery man” who claimed to be the father of JK Rowling’s child, born in 1995.  I believed him because of the detailed information he had.
He said that in the early 1990s, he, Jessica Mitford (1917-1996) and her husband Bob Treuhaft (1912-2003, who was apparently J.K. Rowling’s ‘handler’) in a long train journey ‘brainstormed’ the entire Harry Potter story whilst JKR took copious notes.
.

(Jessica Mitford married Bob Treuhaft, left, in 1943. He was a Jewish Communist labor lawyer from Brooklyn. Her family was British aristocrats who married fascists. This site celebrates them.)
The story was then written by someone whom he referred to as a ‘pen and ink stand’, a term used to describe someone who is hired to write a story that is not their own idea.
Subsequently JKR was chosen to front it in-line with the Tavistock promotion of anything that undermines family values (i.e. her single-mother status).
He also said that it was based loosely on the CS Lewis ‘Narnia’ stories but qualified that by saying that he had no idea at the time that all the references to pedophilia, witchcraft, Satanism etc. were going to be incorporated.
He said there were multiple attempts on his life orchestrated by Prince Phillip himself (“Lord Voldemort” in the books.)
He also told me that the scar on Harry Potter’s head is a representation of the symbol of the British Union of Fascists.  Jessica Mitford’s sister Diana was married to Oswald Mosley who fronted the BUF during WWII.
Jessica Mitford told him that his grandparents were Unity Valkyrie Mitford,  her sister and a certain Adolf Jacobus Hitler!
. 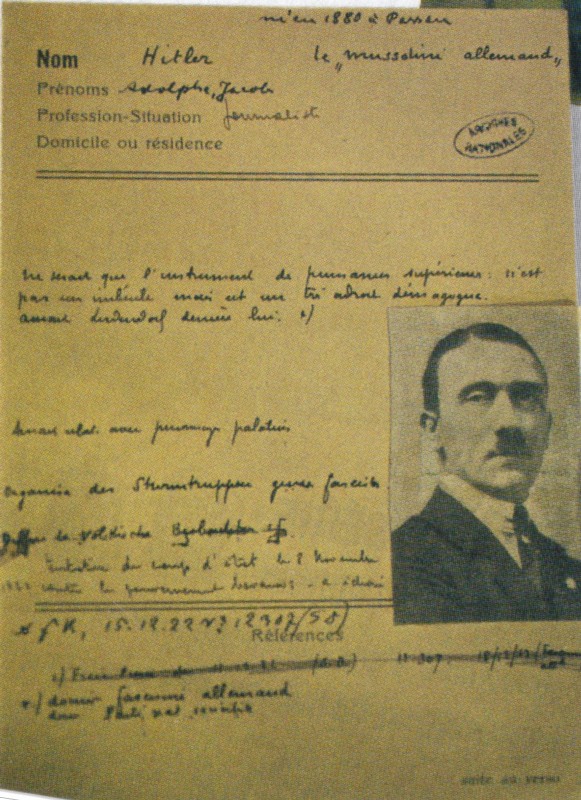 [Makow note: Significantly there is a 1924 French police file card that identifies Hitler as “Adolphe Jacob Hitter.”    The father of Rowling’s child is supposed to be Portuguese (see below) but this man had a London accent and said his name was Stephen.
Unity was indeed part of Hitler’s intimate entourage from 1936 on, and there are reports that she may indeed have borne his child. ]
NAME ‘DOBBY’ CONFIRMS ROWLING STORY
Following these discussions, I found that Bob Treuhaft’s business partner in his legal firm for almost 20 years was Dobby’ Walker.
This was just her nickname but even so her Wikipedia obituary refers to her as ‘Dobby Walker’ and not ‘Doris Walker’, her real name.
‘Dobby’ was an elf-like character in the HP stories who was employed as a ‘manservant’.  Maybe this is how Treuhaft and Mitford regarded Walker?
In delving even further into Walker’s background it appears that she was an active member of the Communist party in the 1940s and 1950s as were Mitford and Treuhaft.
DESPITE WHAT THE ELITE
WOULD LIKE US TO BELIEVE,
THERE IS VIRTUALLY NO DIFFERENCE
BETWEEN COMMUNISM AND FASCISM,
IN PRACTICE.
ED: It is SO WONDERFUL to read the above line. I have been saying this for years only I toss in Zionism for good measure since communism and Judaism are one and the same according to the infamous rabbi Stephen Wise.
They are ‘sold’ to the masses as being at the opposite ends of the political spectrum to one another but perhaps a more accurate depiction of the linear political spectrum would be to think of it as a complete circle with Fascism at 1 minute before twelve o’clock and Communism at one minute past.  For the record, Dobby Walker died in 2009.
. 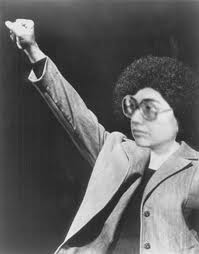 (Current US Secretary of State before going underground.)
Hillary is doing her very best imitation of Black Panther and Communist Angela Davis it seems. Below, Davis and Gloria Steinem raising the Communist fist.

Also, interestingly enough, an intern by the name of Hillary Rodham worked for the law firm of Treuhaft, Walker & Bernstein in the summer of 1971.
Whatever the truth really is, and it may never be known for sure, there is far more to all this than meets the eye. The rabbit-hole goes very deep indeed.
Excerpt from ‘The Falsification of History’ by John Hamer www.lulu.com/spotlight/john_hamer
Train-trip story confirmed in Wikipedia Rowling Entry:

After working at Amnesty International in London, Rowling and her then-boyfriend decided to move to Manchester. [23] In 1990, while she was on a four-hour-delayed train trip from Manchester to London, the idea for a story of a young boy attending a school of wizardry “came fully formed” into her mind. [39] She told The Boston Globe that “I really don’t know where the idea came from. It started with Harry, and then all these characters and situations came flooding into my head.” [23] [39] When she had reached her Clapham Junction flat, she began to write immediately. [23] [40]
Rowling then moved to Porto in Portugal to teach English as a foreign language. [9] [31] While there, on 16 October 1992, she married Portuguese television journalist Jorge Arantes. Their child, Jessica Isabel Rowling Arantes (named after Jessica Mitford), was born on 27 July 1993 in Portugal. [43] They separated in November 1993. [43] [44] In December 1993, Rowling and her daughter moved to be near Rowling’s sister in Edinburgh, Scotland. [23]