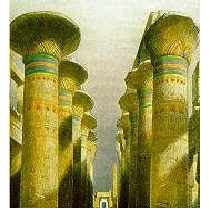 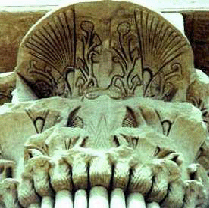 “There are a number of hieroglyphic depictions of plants (many of which are psychedelic) on walls and within texts throughout Egypt. This is to be expected, yet this goes undetected or dismissed by most who are studying Egypt and its religious writings … The pillars that are at every temple in Egypt are shaped like giant mushrooms. These are shaped like the Amanita some are shaped like Psilocybe. Others look like tree fungus and are decorated with pictures of an incredible variety of plants.” -James Arthur, “Mushrooms and Mankind” (44 & 53) 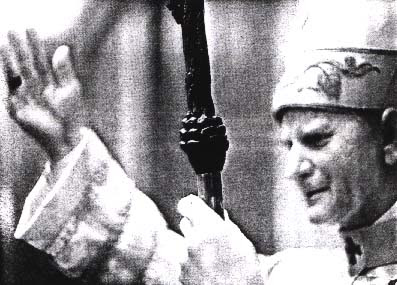 InEgyptcountless pillars are shaped like huge mushrooms with tall stems, umbrella caps, and mushroom engravings all up, down, and around them. In the Egyptian Book of the Dead they are called “the food of the gods,” or “celestial food” and “the flesh of the gods.” 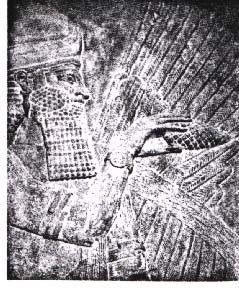 there are many pictures of gods/neters feeding humans the “ankh” cross/circle symbol which is said to represent the water of life and immortality. This also suggests the mushroom as it has been called “the Elixir of Immortality” and “the Fountain of Youth.” Pictures of winged Babylonian and Sumerian gods are shown feeding pinecones to humans. Could these be reference to the pinecone-shaped pineal gland? 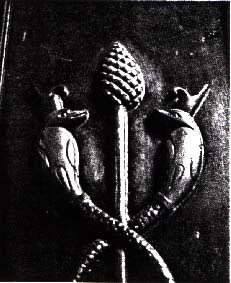 At theVatican there is suspiciously a gigantic statue of a pinecone in theVatican “Court of the Pinecone.” On thePope’s staff there is also a pinecone depicted right at the height of his third-eye/pineal gland. AncientSumerian gods were always depicted feeding men pinecones, just as theEgyptian gods were so often depicted feeding men the “ankh.” Because of their seedless growth/germination pattern, mushrooms were considered “virgin-births” by the ancients. They believed the mushrooms arose from dew, the divine fluid that magically appears at dawn. They also correctly believed the Amanita to be the “fruit of the tree” and referred to them as such. 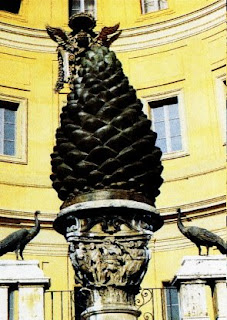 “The mushroom caps are the fruit of the larger mycelium beneath the soil which exists in a symbiotic relationship with the roots of the tree. To ancient people, these mushrooms were literally ‘the fruit of the tree.’ Ancient peoples were amazed at how these magical mushrooms sprang from the earth without any visible seed. They considered this “virgin birth” to have been the result of the morning dew, which was seen as the semen of the deity. The silver tinsel we drape onto our modern Christmas tree represents this divine fluid.” -Dana Larsen, “The Psychedelic Secrets of Santa Claus” Cannabis Culture, Marijuana Magazine, Dec 18th, 2003

“Serpents” is an anagram for “Presents” like those found under the Christmas tree. At Christmas we string lights coiling up and around the tree, like the Serpent on the Tree of Life which gives us the light of knowledge. A Christian also “Repents” for his sins which is curiously another anagram for Present and Serpent. 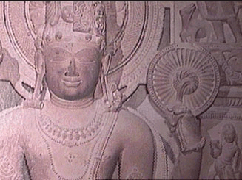 “The actual mushroom ‘plant’ is the underground ‘mycelium’ or ‘mycorrhizae’, which is directly attached to the tree roots; the mushroom itself is only the fruit-body of the mycelium. The mushroom is literally the Fruit of the Tree. They grow in a mycorrhizal (not parasitic) relationship with the tree. Many people follow the tradition/custom of bringing a tree into the home and putting presents under it, yet have absolutely no idea why. Even people that think they know, usually have no knowledge of these mushroom connections. The true symbolic meaning transcends dogmatic etymological and historical evidence, by revealing itself in the totally obvious iconography and historically associated myths and traditions.” -James Arthur, “Mushrooms and Mankind” (13) 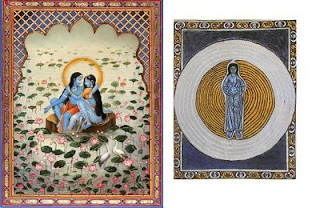 Here is just a partial list of the many terms/associations related to magic mushrooms. Soma was/is the Hindu plant-god and Greek for “body.” Ambrosia was Greek for “food of the gods.” The Egyptian Book of the Dead calls them “food of the gods” and “celestial food,” as well as “flesh of the gods.” It is Amrita, the Buddhist magical sacrament and Haoma, the Islamic sacrament. It’s been called the Bread of Life and the Loaf of Bliss, the Golden Fleece, the Cosmic Egg, the Easter Egg, theSmall White Stone, the Philosopher’s Stone, the Sword in the Stone, the Phoenix, the pillar/phallus of Osiris, the Djed pillar, the One Eyed Howler, the Eye of Horus, and the Djed-Eye (pronounced Jedi), The World Tree (many cultures thought the mushroom was the creator of the world), the Fly-Agaric, the Fountain of Living Waters (since the mushroom is alive, 90% water, and fountain-shaped), and the Hammer of Thor. 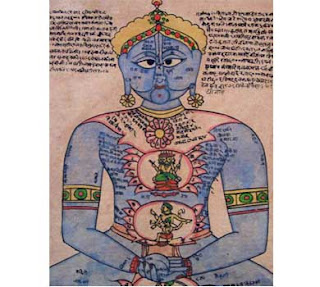 “The Mushroom itself has very interesting features that resemble, and have been related to Gold, Flesh, Blood (and blood vessels), Phallus, Vulva, Fire, Saucer, Cup, as well as a disc or orb. The mushroom has been, anthropomorphically, personified as a Man, a God, something of extraterrestrial origins, and a Plant God, SOMA, who was mediator between Mankind and the God/Gods/Goddesses, in the ancient Hindu religious books known as ‘The Vedas.’” -James Arthur, “Mushrooms and Mankind” (59) 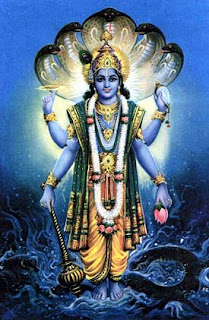 The psilocybin mushroom has properties similar to that of the amanita and has also been worshipped/mythologized throughout history. Unlike the amanita, fruit of the tree, psilocybin grows from the dung of a cow. InIndia cows are worshipped (hence “holy cow”) for many reasons, but especially for their holy shit/holy crap. The ancient Egyptians revered Mother Hathor, the heavenly cow whose body was the firmament and who daily gave birth to Horus-Ra, her Golden Calf. In South East Asia the elephant is revered over other animals, like the cow inIndia, because magic mushrooms grow in elephant dung as well (hence Dumbo the flying elephant). Psilocybin mushrooms turn a dark blue when bruised or dried and so are usually depicted as such. This is why Ganesh (Pikanadt), the Hindu elephant man god, is blue and rules the realms of art and creativity. Other Hindu gods are also blue like Shiva or Vishnu who are depicted with serpents around his head looking much like a mushroom.Krishna is blue too usually shown with a cow to his side. The Cartoon “Smurfs” are blue like psilocybin, they all wear liberty cap hats, and live in amanita muscaria houses! 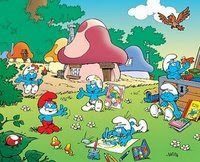