MOVIE STARS WHORE THEMSELVES TO ILLUMINATI 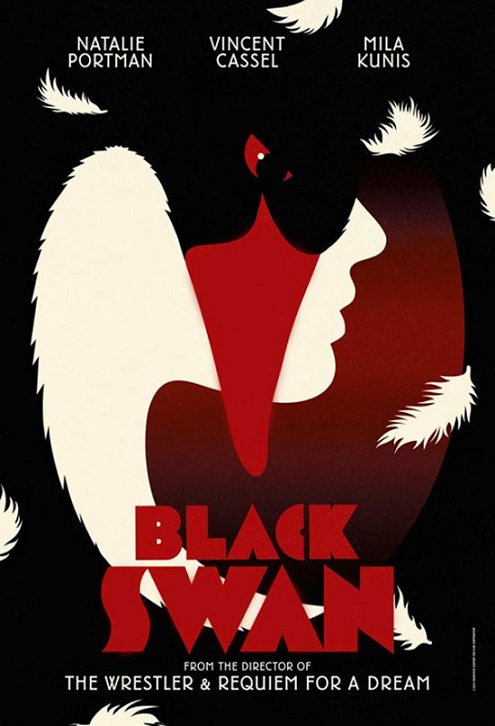 The author provides us with a few interesting ideas on this topic. The list of stars is huge as we all know. I would suggest perhaps the reason Pacino was not recruited is because he is very proud of his Sicilian (Roman Catholic) heritage. DeNiro also comes from a strong Catholic background being Irish and Italian. How Pitt can be left out of the list when he is wed to Jolie, I don’t understand. There are others to add to the list of course. George Clooney is a shoe-in are Naomi Watts and Halle Berry. John Travolta as well. Arnold Schwarzenegger was also hugely involved. I disagree with the breakdown of Lucy in the Sky With Diamonds: LSD was what it was all about even though we know John was a follower of Aliester Crowley at the time.
By Aspen
Henry Makow
June 5, 2012
Hollywood Hall of Shame 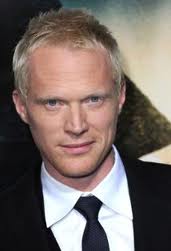 Paul Bettany (left) has participated in outrageously explicitly Illuminati productions .
Hollywood isn’t just a matter of “big names”.
Fame and talent do not, on their own, operate as part of the actor selection process. For example, Al Pacino and Robert deNiro are two of the most sought-after actors in film history ~ but they have not been, in general, tapped for serious Illuminati projects.
There are other actors whose participation in Illuminati film production is clearly conscious and explicit. Nearly every film these actors show up in is a heavily-invested Illuminati production.
These include Natalie Portman, Angelina Jolie, Nicholas Cage, Johnny Depp, Robert Downey, Jr., Matt Damon, Russell Crowe, Liam Neeson, Denzel Washington, Geoffrey Rush, Shia LeBeouf, Tom Cruise, Dennis Quaid, Will Smith, Chris Evans, Keanu Reeves, Megan Fox, and more recently, Jeremy Renner.

Have you ever wondered how it is that former fringe actors, far past the prime of youth, like Jeremy Renner, right, (or, for that matter, Geoffrey Rush) suddenly enjoy the proverbial “meteoric rise to fame”?
And others, equally talented, don’t? It’s because they were selected, based on incredibly sophisticated algorithms that establish their selective marketability.
Initially they are approached with the promise of a short itinerary of films that they must agree to. This is rote Hollywood procedure. Later, some of them are brought into the inner circle. Only a very few dare to resist.
Do you recall Randy Quaid, the brother of Dennis Quaid, running for the Canadian border and seeking asylum?
Randy Quaid, Wife Seek Asylum in Canada, Saying They Fear for Their Lives
“The increasingly eccentric duo, who are wanted in California for allegedly skipping out on a hefty hotel bill and for vandalizing a house they once owned, fled north of the border earlier this month, and now claim they are the targets of a mysterious clan they believe murdered actors Heath Ledger and David Carradine. (Ledger died of a drug overdose in 2008 and Carradine was found dead, apparently from accidental asphyxiation, last year.)
“Hollywood is murdering its movie stars,” Evi Quaid said in Vancouver last week.” They wouldn’t go with the program.
PAUL BETTANY
While Bettany is not a broadly-recognized actor (as Brad Pitt is), he has participated in outrageously explicitly Illuminist productions that make the subtle thematic toying of the UNDERWORLD series look like scrambled crayon drawings.
Examples (taken from the Internet Movie Database, www.imdb.com):
CREATION
Role:  Charles Darwin
FILM SYNOPSIS:  “What happens when a world-renowned scientist, crushed by the loss of his eldest daughter, formulates a theory in conflict with religious dogma? This is the story of Charles Darwin and his master-work ‘The Origin of Species’. It tells of a global revolution played out the confines of a small English village; a passionate marriage torn apart by the most dangerous idea in history; and a theory saved from extinction by the logic of a child.”
Interpretation:  Double-speak. “Evolution” is in fact “creation”. Illuminati science. 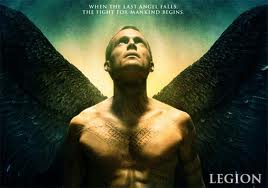 LEGION
Role:  Archangel Michael
FILM SYNOPSIS:  The archangel Michael turns his back on God, to protect the birth of the Anti-Christ. God used the ancient Flood to wipe out Humanity once before, and he’s determined to do it again. If the Anti-Christ is born, Humanity will survive. Michael cuts off his wings and mounts a campaign to defend the coming child from a massive horde of ANGEL-possessed (NOT demon-possessed) weak-minded humans who aim to cut the baby from its mother.
PRIEST
Role:  a futuristic Catholic priest
FILM SYNOPSIS: Christians and Vampires have been fighting for centuries. Vampires have been suppressed and re-settled in dank subterranean “reservations”. When the daughter, Lucy (read: Lucifer and “Lucy in the Sky with Diamonds”), of a warrior-priest is taken captive by a Vampire-Human HYBRID, the warrior-priest states his intention to go against the will of God and rescue the girl.
Other of Paul Bettany’s film involvements are revealing, including Master and Commander (with Russell Crowe), A Beautiful Mind (with Russell Crowe), The Da Vinci Code (Illuminati ad infinitum), Dead Babies (referred to in a line from LEGION), The Suicide Club, The Reckoning (medieval Christian justice), Stories of Lost Souls, Iron Man 1, 2, and 3 (technological superiority), The Avengers, and Blood.
It’s a massacre. 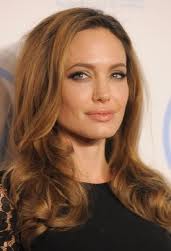 (Angelina Jolie, left, is a member of the Council on Foreign Relations)
DIALOGUE
The only way to penetrate these films is to review the dialogue line-by-line. We don’t have that time, here, but I will offer some choice examples.
From PRIEST:
“I want the same thing you want: to follow my every desire and not have it called a sin. After all, if you’re not sinning, you’re not having fun.”
“I accepted the blood of the [vampire] Queen, and I was turned into something never seen before: a Human Vampire.”
From LEGION:
“When I was a child, my mother told me that God was merciful and just. After my father left us, I asked my mother why God had turned his back on Humanity, why he was no longer merciful and just. My mother said, ‘I don’t know. I guess he was fed up with all the bullshit’.”
For more, you will have to view these films for yourself. Every word, every scene, was carefully delivered.
Related  Does Bob Dylan Worship Satan?
First Comment from Donald:
This genre of Luciferian hero has been cranked out of Hollywood with increasing frequency for decades.  Another one was the 2005 release starring Keanu Reeves, “Constantine”, based on the 1990′s Vertigo comic book “Hellblazer”.
In the movie, an absentee God and Lucifer are engaged in a “proxy war”, in which angels and demons can’t directly act, but they can use humans as puppets on the side of God or Lucifer. The meaning of human existence? God and Lucifer are merely acting on a bet to see who can obtain more souls.
The ‘hero’ of this Luciferian blasphemy from the ~John Constantine ~ played by Keanu Reeves.  In the comic, Constantine “is portrayed as a kind of confidence man who does morally questionable things, arguably for the greater good. He usually triumphs through guile, deceit, and misdirection.”
Church of Satan founder Anton LeVay said comic books were a means to get Satanic philosophy into the hands of children since that medium was invented by Eastman Color Printing’s salesmen Max Ginzberg (Maxwell Gaines) and Harry Wildenberg in 1933.  The first comic was a harmless collection of newspaper style ‘funnies’ titled “Famous Funnies: A Carnival of Comics”.
The sinister type of comic ‘super hero’ genre was invented by a couple of teenagers as ‘Superman’ during 1932, Jerry Seigel and Joe Shuster in Cleveland Ohio. They sold the prototype story boards to the new ‘Detective Comics”, now known as DC Comics.  The Superman Concept spawned endless copycats, such as Batman who was soon to follow.
Yeah I know, “but Superman was a good guy”. LeVay went on to explain the Luciferian ‘hero’ characteristics.  He’s a superior being trapped in the human world where he must conceal his identity, lest the inferior human beings try to destroy him. His past usually involves a fall from his previous world to Earth, often left to die by comrades or enemies. LeVay identified the 1950′s TV character “The Lone Ranger” as a typical Luciferian hero.
Seigel and Shuster by the way were royally screwed by DC comics out of any claim to copyright or royalties on Superman until negative publicity in the mid 1970′s prompted DC to grant the men a $20,000 per year ‘pension’ and health care benefits.
From Wikipedia entry on “Superman”:
“Because Siegel and Shuster were both Jewish, some religious commentators and pop-culture scholars such as Rabbi Simcha Weinstein and British novelist Howard Jacobson suggest that Superman’s creation was partly influenced by Moses and other Jewish elements. Superman’s Kryptonian name, “Kal-El”, resembles the Hebrew words קל–אל, which can be taken to mean “voice of God”. The suffix “el”, meaning “(of) God” is also found in the name of angels (e.g. Gabriel, Ariel), who are flying humanoid agents of good with superhuman powers.
“Jewish legends of the Golem have been cited as worthy of comparison, a Golem (described in the Zohar),  being a mythical being created to protect and serve the persecuted Jews of 16th century Prague and later revived in popular culture in reference to their suffering at the hands of the Nazis in Europe during the 1930s and 1940s. Superman is often seen as being an analogy for Jesus, being a savior of humanity. Furthermore, the surname Kent, in early 20th century real life, was a common Americanization of “Cohen,” and Clark Kent’s wimpy, bumbling persona strongly resembled the classic Yiddish schlemiel.”