MEET THE CONTRACTORS TURNING AMERICA’S POLICE INTO A PARAMILITARY FORCE 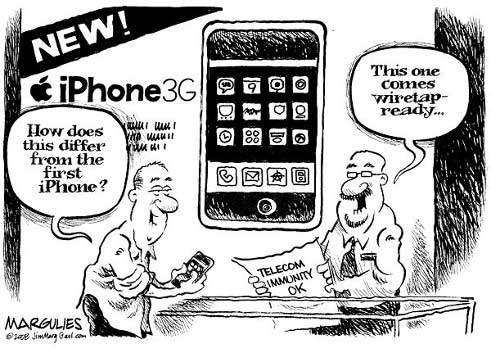 ED Noor: You should know about these companies because they may already know about you. Not only that but it is good to know just what companies profit from the further enslavement of humanity. This uptick in the transition of police into military operations began after 911 and the greatest profiteer has been Israel promoting its brutal policing methodologies and technologies to combat the “war on terrorism” ~ YOU!

The national security state has an annual budget of around $1 trillion. Of that huge pile of money, large amounts go to private companies the federal government awards contracts to. Some, like Lockheed Martin or Boeing, are household names, but many of the contractors fly just under the public’s radar. What follows are three companies you should know about (because some of them can learn a lot about you with their spy technologies). 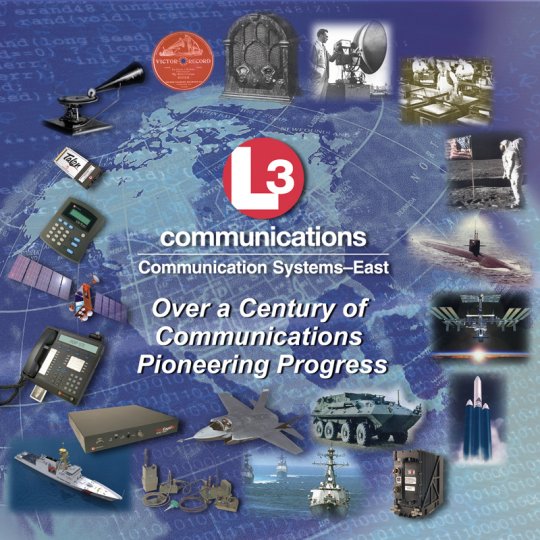 L3 Communications
L3 is everywhere. Those night-vision goggles the JSOC team in Zero Dark Thirty uses? That’s L3.
The new machines that are replacing the naked scanners at the airport? That’s L3.
Torture at Abu Ghraib? A former subsidiary of L3 was recently ordered to pay $5.28 million to 71 Iraqis who had been held in the awful prison.
Oh, and drones? L3 is on it. Reprieve, a UK-based human rights organization, earlier this month wrote on its Web site:

“L-3 Communications is one of the main subcontractors involved with production of the US’s lethal Predator since the inception of the programme. Predators are used by the CIA to kill ‘suspected militants’ and terrorize entire populations in Pakistan and Yemen. Drone strikes have escalated under the Obama administration and 2013 has already seen six strikes in the two countries.”
Unsurprisingly, L3 Communications is well connected beyond the national security community. Its chief financial officer recently spoke at Goldman Sachs, at what the financial titan hilariously refers to as a “fireside chat.”

L3 also supplies local law enforcement with its night-vision products and makes a license-plate recognition (LPR) device, a machine with disturbing implications. LPR can be mounted on cop cruisers or statically positioned at busy intersections and can run potentially thousands of license plates through law enforcement databases in a matter of hours. In some parts of the country LPR readers can track your location for miles.

As the Wall Street Journalnoted,surveillance of even “mundane” activities of people not accused of any crime is now “the default rather than the exception.”

L3 Communications embodies the totality of the national security and surveillance state. There is only minimal distinction between its military products and police products. Its night-vision line is sold to both military and law enforcement. Its participation in the drone program is now, as far as we know, limited to countries in the Middle East and North Africa. But in the words of the New York Times editorial board,

“[i]t is not a question of whether drones will appear in the skies above the United States but how soon.”

The NYT estimates the domestic drone market at $5 billion, likely a conservative estimate, and contractors will vie for that money in the public and private sphere. L3’s venture into airports, the border of where domestic policy meets foreign policy in the name of national security, is therefore significant both symbolically and materially.
In many ways, that is the most important story of the post-9/11 United States: the complete evaporation of the separation of foreign and domestic polices. Whether we’re talking about paramilitarized police, warrantless wiretapping, inhumane prison conditions, or drone surveillance, there exist few differences between a United States perpetually at war and a United States determined to police and imprison its people in unacceptable ways and at unacceptable rates. 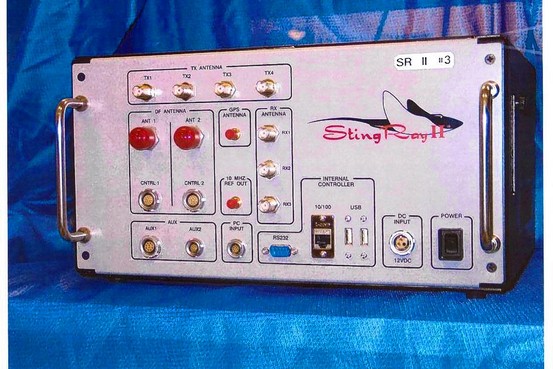 Harris Corp. is a huge provider of national security and communications technology to federal and local law enforcement agencies. Though many people have never heard of it, Harris is a major player in the beltway National Security community. President and CEO William M. Brown was recently appointed to the National Security Telecommunications Advisory Committee, and in 2009 the Secret Service offered Harris a contract to train its agents in the use of Harris’ Stingray line. The Secret Service awarded the company additional contracts in 2012.
If you’ve heard of Harris at all, it’s likely been because its controversial Stingray product has been getting attention as an information-gathering tool with major privacy implications. The Stingray allows law enforcement to cast a kilometers’ wide digital net over an area to determine the location of a single cell phone signal ~ and in the process collect cell data on potentially hundreds of people who aren’t suspected of any crimes.

EFF claims the device is a modern version of British soldiers canvassing the pre-Revolutionary colonies, searching people’s homes without probable cause ~ exactly what the Fourth Amendment was created to prevent.EFF describes the process this way:
.
“A Stingray works by masquerading as a cell phone tower ~ to which your mobile phone sends signals to every 7 to 15 seconds whether you are on a call or not ~ and tricks your phone into connecting to it. As a result, the government can figure out who, when and to where you are calling, the precise location of every device within the range, and with some devices, even capture the content of your conversations.”

According to the Electronic Privacy Information Center (EPIC),the FBI has been using similar technology since 1995. But a recent federal case, United States v. Rigmaiden, has raised Fourth Amendment questions regarding whether law enforcement officials need to obtain a warrant before employing a Stingray. The judge in that case determined that the government hadn’t provided enough information about how the devices work, and ordered that the information collected in Rigmaiden couldn’t be used in court. 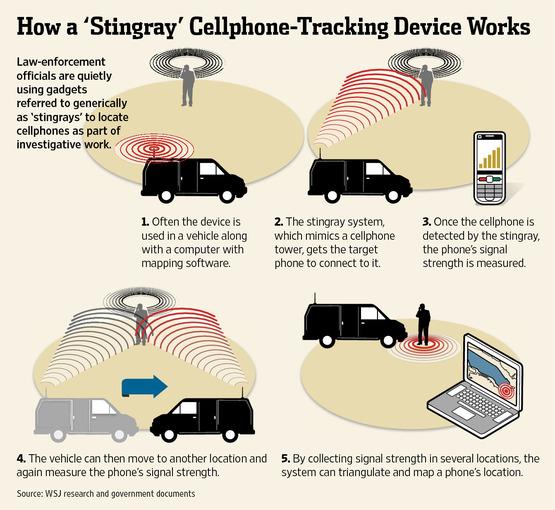 What’s especially troubling about Stingrays is that the government either won’t say, or doesn’t understand, how the technology works. The WSJ reported that the US Attorney making the requests “seemed to have trouble explaining the technology.”
And it’s not just the federal government that uses Stingrays. As Slate notes, referencing FOIA documents recently obtained by EPIC, “the feds have procedures in place for loaning electronic surveillance devices (like the Stingray) to state police. This suggests the technology may have been used in cases across the United States, in line with a stellar investigation by LA Weekly last year, which reported that state cops in California, Florida, Texas, and Arizona had obtained Stingrays.”
Harris has been tight-lipped about the Rigmaidencase, but expect to be hearing a lot about Stingrays in the future.

BI2 Technologies
BI2 makes a fine pitch. Its iris-scanning technology can be made to sound very appealing. Iris scans are relatively non-invasive, there’s no touching involved so the likelihood of spreading disease is reduced, and as B12 states on its Web site, “there are no lasers, strong lights or any kind of harmful beams.”
It also claims that iris scanning is “strictly opt-in,” and that a “user” (who in most cases would be better described as an “arrestee”) “must consciously elect to participate” in the scanning. (When I was arrested by the NYPD while covering a protest, the scan was voluntary ~ though the NYPD didn’t tell me that, a protester did. But if I refused to submit to it I could have been punished with an extra night in jail.)
Reuters reported that BI2’s iPhone-based iris scanner ~ called MORIS ~ is capable of taking an accurate scan from four feet away, “potentially without the person being aware of it.” MORIS has drawn harsh condemnation from the ACLU. The primary concern from privacy advocates is that law enforcement will deploy this technology in an overly broad way. ACLU senior policy analyst Jay Stanley told Reuters that he didn’t want the police “using them routinely on the general public and collecting biometric information on innocent people.”
MORIS isn’t just for irises; it also scans faces. In 2011, the Wall Street Journal reported that the sheriff’s office in Pinellas County, Florida, “uses digital cameras to take pictures of people, download the pictures to laptops, and then use facial-recognition technologies to search for matching faces.” New database technology like Trapwire, a data mining system that analyzes “suspicious behavior” in purported attempts to predict terrorist behavior, makes face scanning potentially more worrisome. Trapwire uses at least “CCTV, license-plate readers, and open-source databases” as input sources, and although it doesn’t employ facial-recognition software, the incentives to combine these types of technology is clear.
Beginning in 2014, BI2 will manage a national iris-scan database for the FBI, called Next-Generation Identification (NGI).Lockheed Martin is also involved in building the database. Much of BI2’s iris data comes from inmates in 47 states, and despite BI2’s claims that iris scanning can’t be gamed, that is not the case. Experts showed last summer that the iris can be “reverse-engineered” to fool the scanners, which are generally thought to be more accurate than fingerprinting.
The usual suspects lamented in 2011 that iris scanning isn’t used at airports or borders, but security creep is difficult to combat, especially once “national security” is invoked. Just days ago it was reported that the FBI is teaming with the Department of Homeland Security to ramp up iris scanning at US borders. AlterNet has previously reported that the Department of Defense scans the irises of people arriving at and departing from Afghanistan. 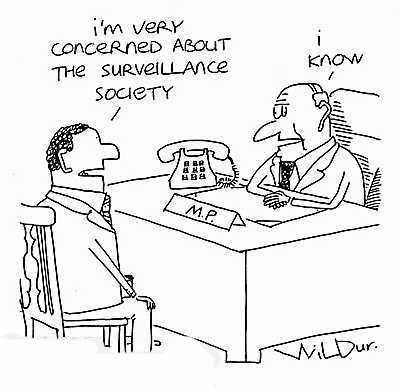 The story of BI2 is important because the initial technology is superficially appealing. The company’s first projects were called the Child Project, designed to help locate missing children; and Senior Safety Net, developed to identify missing seniors suffering from Alzheimer’s. According to B12’s Web site, sheriffs’ departments in 47 states use the BI2 iris-scanning device and database, which makes it easy to mobilize support to facilitate the safe return of children and seniors.
While the desire to find missing children and seniors is perfectly legitimate, the collection of biometric data is a Pandora ’s Box. Once it’s opened, it’s proven difficult if not impossible to limit.
Bookmark the permalink.