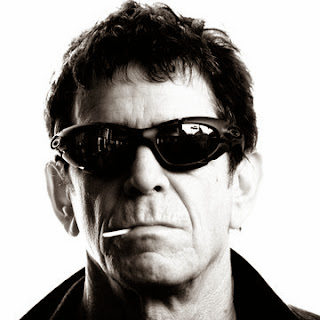 Lou Reed’s music, both as a singer/songwriter for the Velvet Underground and as a solo artist, changed my life and perception of what music was, is and can be.  Maybe Reed the person could be a little off-putting at times, but I think it’s because he didn’t suffer fools gladly and that for him, rock n’ roll music, at least his version of it, should be taken as serious art.  There’s a quote where he says something like one chord is fine but by three chords you’re starting to make jazz.  Tongue in cheek, obviously, but indicating that being serious about art didn’t necessarily mean being overly complex.  He was making full-on rock and roll music.  It may be stretching things a bit, but I think there’s something of Lou Reed’s aesthetic here on LoS.  Mix “high” and “low” vernacular, don’t be afraid to be serious, don’t be afraid to look goofy.  Present it correctly and people will in fact appreciate poetry….

That’s already more than I wanted to say; Reed’s music was….is….the soundtrack to my life.  Dip into his oeuvre at any point and you’ll discover songs that are angry, funny, wistful, caustic, tender….and very good.

I was hoping for a new album, but alas, that is not to be, though there could always be some posthumous stuff he’d been working on since his last album in 2009.  According to his doctor, Reed was doing t’ai chi an hour before his death, trying to stay strong, trying to fight.  To me this is an appropriate image of the man as an artist as well.  He never rested on his laurels, never exploited his one true “hit” song.  He kept on changing until the end and his last albums are, with exception of Metal Machine Music, the most experimental of his career.  For me, that’s a good thing.  I’ll even give Lulu another chance.  Remember those missteps I spoke about?  But, to mangle something he once said, “bad” Lou Reed is infinitely better than most of what you’ll hear on the radio, hands down.  Plus, Sister Ray makes up for everything!

For a proper obituary, check out the New York Times.  It seems appropriate….

Update.  Those two quotes, to be more precise: