THE LIE AS TRUTH 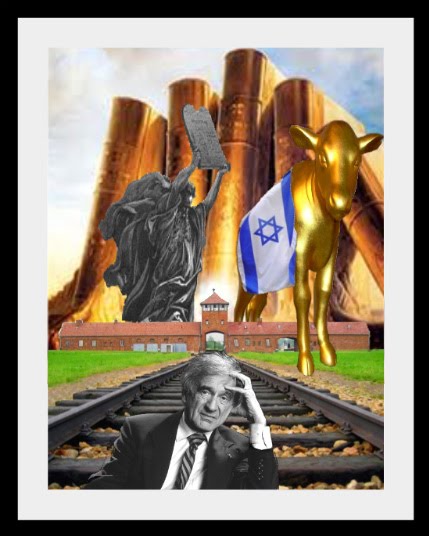 High priest of Holocaustianity, Elie Wiesel
By Wolfgang Herrero
Darkmoon
May 21, 2012
“Some events do take place
but are not true;
others are,
although they never occurred.”
~ Holocaust Survivor Elie Wiesel
The term ‘truth’ can assume to profoundly different meanings.
Ever since the World Wars, politicians and historians have been struggling doggedly for a socially acceptable interpretation of historical events. Some mocker once asked in this context what the difference is between God on the one hand and politicians and historians on the other who concern themselves with coming to terms with the past.
His answer: “God cannot change the past.”
Of course God shapes everything. But politicians and historians who foist their interpretations upon us by means of the penal code [article 130 of the German Penal Code, e.g.] might think they can establish absolute truths in the same way as can evidently only be done God.
For the past 2,000 years, social coexistence has been coordinated be interpreting historical events. Occasionally, society gets manipulated by those in power of interpretations. For a long time, the Catholic Church had the power of interpretation; then this power was wielded at times by the National Socialists and/or the communists. Now other forces, the Jewish neoconservatives for example, have the power of interpretation.
The two opposing meanings of the term still give rise to Inquisitions, political trials and so on. 2,000 years ago they led to the crucifixion of Jesus, and today they lead scientifically-minded individuals into prison. Already Jesus knew of the difficulties about the term “truth” when he said: “Father forgive them, for they know not what they do!” (Luke 23:34)
The subsequent consideration shows that many Jews have a different understanding of the term “truth” than other ethnicities do.
Thousands of years ago Buddha proclaimed an interpretation of the truth which we use as well and which is very different from the Jewish interpretation. Buddha said:

Jesus had a non-Jewish understanding of the term “truth” as well. For this see John 8:44:

You belong to your father, the devil, and you want to carry out your father’s desires. He was a murderer from the beginning, not holding to the truth, for there is no truth in him. When he lies, he speaks his native language, for he is a liar and the father of lies.

That is why Jesus was crucified.
The Jewish understanding of the term “truth” was proclaimed by Elie Wiesel when he stated in a dialog between himself and a Rabbi:

“What are you writing?” the Rebbe asked.
“Stories,” I said.
He wanted to know what kind of stories: true stories. “About people you have knew?”
Yes, about people I might have known.
“About things that happened?”
Yes, about things that happened or could have happened.
“But they did not?”
No, not all of them did. In fact, some were invented from almost the beginning to almost the end.
The Rebbe leaned forward as if to measure me up and said with more sorrow than anger: “That means that you are writing lies!”
I did not answer immediately. The scolded child within me had nothing to say in his defense. Yet, I had to justify myself.
“Things are not that simple, Rebbe. Some events do take place but are not true; other are ~ although they never occurred.” ~ Elie Wiesel, Legends of Our Time, Schocken Books, New York, 1982, introduction, p. viii.

Due to their way of thinking, many people, including me and probably also many other fellow humans, cannot accept that events are true but never happen. This is the cause of many conflicts, also of anti-Semitism.
But it is very well possible to resolve this antagonism. To achieve this, everyone ought to be made aware of Elie Wiesel’s statement, which so far has hardly reached the general public. Then we can develop a better understanding for the Jewish way of thinking and acting, because they live in a different mental structure than we do.
We can express our understanding for Israel, if we introduce pertinent texts with a juxtaposition of the two different understandings of the term “truth,” and if we admit openly, in what way we ourselves adhere to the non-Jewish understanding of that term.
I also believe that both meanings of the term “truth,” each in its own way, has most likely been planted into us humans by God. It may even be sinful to criticize the Jewish understanding of the term “truth.” I opine that both interpretations should co-exist. 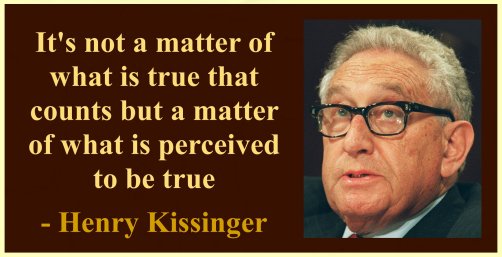 We ought to contribute to the conciliation between those who adhere to the one and those who adhere to the other interpretation of the term “truth.” This is possible, as I already mentioned, if we make each other aware of both understandings and their dichotomy.
As an afterthought, I want to point out that Harold Pinter, during his 2005 Nobel lecture on Art, Truth and Politics, said the following:

I hope I have given you some food for thought.
Basically, there is no difference the Lie and the Truth.
A lie can simply be seen as a truth is hiding, waiting for its release into the world of reality.
And Truth itself may be regarded as fiction, if we take the view expressed in Indian philosophy that life is a dream ~ all taking place in the Mind of God.