Las Vegas Shooting : Was Jerad Miller a Patsy Used to Further an Agenda? 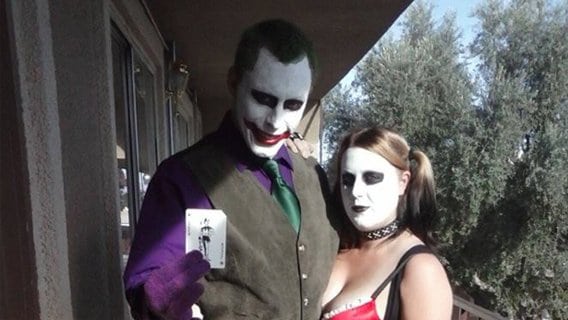 On June 8th, a couple shot and killed two police officers inside a Las Vegas restaurant. Before opening fire, the couple reportedly yelled “This is a revolution!”. They then covered the bodies of the police officers with a yellow Gadsden “Don’t thread on me” flag, along with a note containing a swastika symbol. The shooters then entered a nearby Walmart, killed another man inside and took their own lives.

When the murderers were identified as Jerad and Amanda Miller, media sources quickly tagged the couple as “extreme-right”, “pro-gun”, “conspiracy theorist”, “Tea Party”, “anti-Government” and “White supremacists”. Then, pictures of them emerged and things got strange.

Was the shooting the result of deranged minds who read too much stuff on the internet or was it intentionally provoked to further an agenda? A closer look at the case reveals that several facts are quite odd and “convenient”. First, there’s the “Batman” connection.

In past articles on the “Batman shooting” and the Sandy Hook shooting, I described how these mass murders were linked to Batman movies. As strange as it might seem, there is also a Batman link in the Las Vegas shooting. 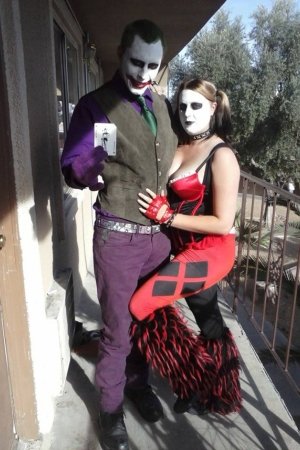 Jerad and his wife Amanda loved dressing up as the Joker. 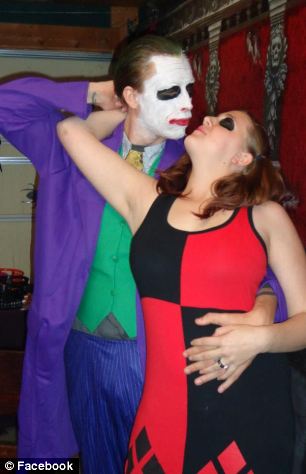 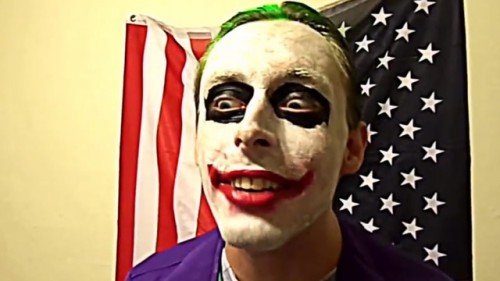 This is a screenshot from a YouTube video posted by Jerad Miller. With his face painted as the Joker, Miller ranted about the police and the government while giving manic glares at the camera.

In 2012, the Aurora shooting was carried out during the premier of a Batman movie – The Dark Knight Rises. 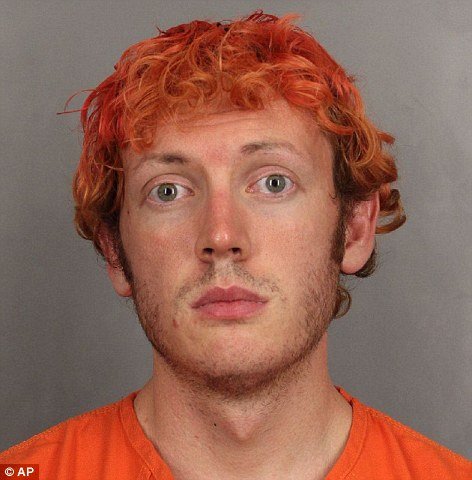 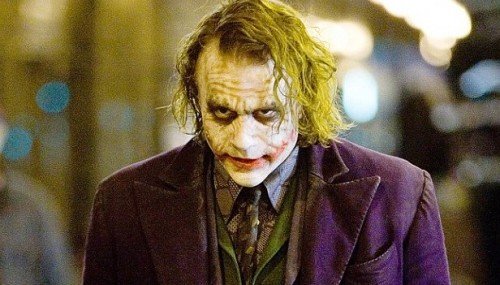 Heath Ledger lost his life in mysterious circumstances shortly after embodying the Joker.

The 2012 Sandy Hook shooting also had a strange Batman connection, the words “Sandy Hook” appear on a map during The Dark Knight Rises. 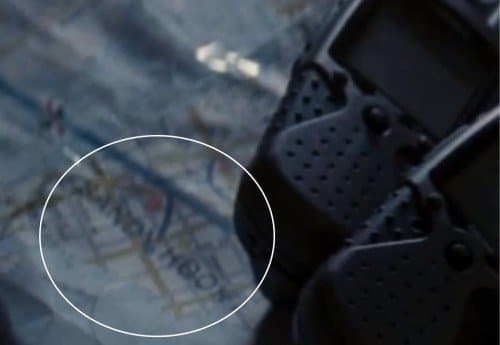 Screenshot from The Dark Knight Rises. 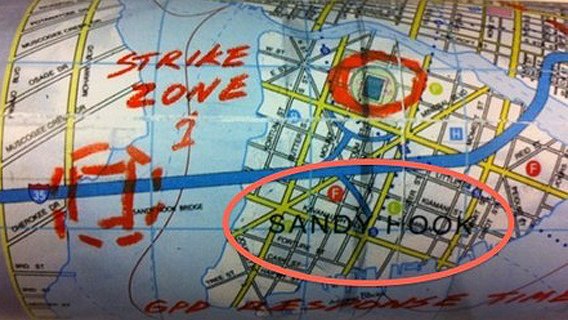 In this map, sent as part of a promotional kit for The Dark Knight Rises, we clearly see that Sandy Hook is identified as a “strike zone”.

The Las Vegas shooting is therefore another mass murder involving Batman. While there are numerous clues hinting that James Holmes and Adam Lanza were patsies, can we say the same of Jerad Miller?

Was Jerad Miller a Patsy?

As stated above, Jerad Miller was quickly tagged by mass media as an anti-government, militia-supporting, God-loving, conspiracy theorist. That explosive cocktail of words is increasingly being used to identify America’s newest #1 enemies.

“We face an escalating danger from self-radicalized individuals within our own borders. Now — as the nature of the threat we face evolves to include the possibility of individual radicalization via the Internet — it is critical that we return our focus to potential extremists here at home.”

A few days later, the Las Vegas shooting occurs. Is it possible that patsies are being used to generate terror in order to justify action against specific “radical” groups?

In April 2014, Jerad Miller spent time at the Bundy Ranch, the site of the much publicized “Bundy Standoff”, where rancher Cliven Bundy is involved in a long-standing dispute with the government over unpaid grazing fees. The standoff devolved into an armed confrontation between protestors and law enforcement and is turning into a symbolic battle against “government tyranny”. Jerad Miller and his life “left everything” to join the Bundys.

During his stay at the ranch Jerad was interviewed by NBC News where he took a rather radical, violent stance.

The Miller couple was however kicked out of the ranch soon after. While the official reason of the expulsion was Jerad’s past felonies, members of the ranch stated that the couple was “annoying” and “too radical”. Did they have suspicions that Jerad was a government agent sent to infiltrate and maybe push them to violence?

A few months after Jerad’s appearance on NBC News (why was HE chosen to appear in that interview?), the entire Bundy Standoff issue – which was gaining some public sympathy –  is now associated with cop-killing, White Supremacists. This is how you discredit movements and turn public opinion against them.

News sources also linked Jerad Miller to Alex Jones and his Infowars website. It was discovered that a post entitled The Police (to kill or not to kill?) was posted by a user named jerad on May 28th 2012, where the user rants about constitutional rights and his hate for police. This lead news sources to cite Infowars and “conspiracy theorists” as a factor leading to the shooting.

In short, Jerad Miller and his heinous crime is being used to discredit and vilify several movements that are already targeted by the powers that be. It is a real life continuation of the movie Prisoners where the “bad guy” is a deranged, religious, patriotic survivalist. (Interesting fact : An important character in the movie is named Alex Jones).

The shootings also occurred less than a week after another self-professed Libertarian shot three police officers in New Brunswick, Canada. Not unlike Jerad Miller, the shooter’s Facebook page was filled with typical “extreme-right” images and messages.

Was Jerad Miller a government agent used to infiltrate and discredit specific groups? Was he programmed to carry out the murders to then take his own life? Was he maybe just a crazy guy with a gun?  It is difficult to say. It is however clear that the media spin on the Las Vegas shootings is perfectly in line with a top Agenda element of the elite : To discredit, demonize and lump together various groups that are not welcomed in the U.S. anymore. Whether we look at Libertarians, constitutionalists, survivalists, religious or pro-gun groups, they are all being targeted by the elite.

While I won’t claim that every person involved in these groups is a kind, balanced, law abiding citizen, it is clear that most of these groups exist because rights and freedoms being chipped away in America. Their main goal is to preserve the original spirit of the U.S. Constitution which has been seriously violated in the past two decades. However, as the elite is transforing America into a NWO-friendly police-state, these groups are now perceived as a serious threat. More importantly, the elite needs the public to turn against them.

What would be an efficient way to discredit these groups? Here’s an answer: Send out a Jerad Miller to commit something awful like killing police officers with children. Then have news casters use “conspiracy theorists” and “constitutionalists” in the same sentence as “murder” and “White Supremacist”.

Whether or not Jerad Miller was a government agent, his actions definitely furthered the biggest Agenda item of the next few years.