The ink wasn’t even dry. On April 17, deal terms was struck. A previous article discussed them. Hold the cheers. They’re not worth the paper they’re written on.

Washington negotiates duplicitously. Promises made are systematically broken. Don’t expect this time to be different. 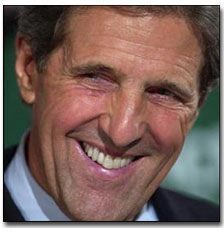 Kiev’s illegitimate putschists didn’t surprise. They violated agreement terms. They did so straightaway. They acted with full US support. More on this below.

On April 17, a joint US/EU/Russia/Ukraine statement said the following:

“The Geneva meeting on the situation in Ukraine agreed on initial concrete steps to de-escalate tensions and restore security for all citizens.

All sides must refrain from any violence, intimidation or provocative actions. The participants strongly condemned and rejected all expressions of extremism, racism and religious intolerance, including anti-semitism.

All illegal armed groups must be disarmed; all illegally seized buildings must be returned to legitimate owners; all illegally occupied streets, squares and other public places in Ukrainian cities and towns must be vacated.

Amnesty will be granted to protestors and to those who have left buildings and other public places and surrendered weapons, with the exception of those found guilty of capital crimes.

It was agreed that the OSCE Special Monitoring Mission should play a leading role in assisting Ukrainian authorities and local communities in the immediate implementation of these de-escalation measures wherever they are needed most, beginning in the coming days. The US, EU and Russia commit to support this mission, including by providing monitors.

The announced constitutional process will be inclusive, transparent and accountable. It will include the immediate establishment of a broad national dialogue, with outreach to all of Ukraine’s regions and political constituencies, and allow for the consideration of public comments and proposed amendments.

The participants underlined the importance of economic and financial stability in Ukraine and would be ready to discuss additional support as the above steps are implemented.”

A White House statement said Obama “commended the government of Ukraine’s approach to today’s discussions in Geneva, where it put forward constructive proposals to expand local governance and ensure the rights of all Ukrainians are protected.”

“…Russia needs to take immediate, concrete actions to de-escalate the situation in eastern Ukraine, including by using its influence over the irregular forces in eastern Ukraine to get them to lay down their arms and leave the buildings they have seized.”

“(T)he United States and Europe are prepared to take further measures if this de-escalation does not occur in short order.”

They support Kiev’s sham May 25 presidential election. When held it’ll be farcical. It’ll have no legitimacy. It doesn’t matter.

Obama’s new friends represent the worst of societal misfits. They have no legitimacy whatever.

They rule lawlessly. They tolerate no opposition. It bears repeating. They enjoy full US support.

So much for deescalation. Kiev said its Eastern Ukrainian offensive continues. It lied calling it an “anti-terrorist” operation.

Not according to illegitimate putschist Foreign Minister Andrey Deshchytsa. Kiev isn’t bound by what it agreed to, he claimed.

Ukrainian “troops in the East of the country are carrying out a special operation and can remain where they are,” he said.

At the same time, his Foreign Ministry issued a statement saying:

“All sides have pledged to refrain from any form of violence, intimidation or provocative actions.”

“The participants of the meeting strongly condemned and rejected all forms of extremism, racism and religious intolerance, including manifestations of anti-Semitism.”

Chances for equitable and just conflict resolution are virtually nil. It takes a giant leap of faith to think otherwise.

He returned from Munich. He waved Hitler’s agreement. It wasn’t worth its paper written on. Chamberlain pretended otherwise.

“We, the German Furhrer and Chancellor, and the British Prime Minister, have had a further meeting today and are agreed in recognizing that the question of Anglo-German relations is of the first importance for our two countries and for Europe,” he said.

“We regard the agreement signed last night and the Anglo-German Naval Agreement as symbolic of the desire of our two peoples never to go to war with one another again.”

“We are resolved that the method of consultation shall be the method adopted to deal with any other questions that may concern our two countries, and we are determined to continue our efforts to remove possible sources of difference, and thus to contribute to assure the peace of Europe.”

“My good friends, for the second time in our history, a British Prime Minister has returned from Germany bringing peace with honour.”

“I believe it is peace for our time…Go home and get a nice quiet sleep.”

History has a nasty way of repeating. Will flashpoint Ukraine conditions spark the unthinkable? Will Eastern Ukrainian conflict escalate out-of-control? Major ones start this way.

“Yet even as the deal was being struck, Mr. Putin spoke at a televised event in which he adopted some of the language of the separatists and implied that Russia has more of a historical claim to territories in eastern Ukraine than its neighbor does.”

False! He respects national sovereignty. It’s inviolable, he said many times. No nation may interfere in the internal affairs of others. Doing so violates core international law.

Agreed on terms “do(n’t) mean that Vladi­mir Putin has given up his goal of bringing as much of Ukraine as possible under Moscow’s suzerainty – and making the rest ungovernable.”

“His performance in a televised appearance Thursday, in which he reiterated that the Russian parliament had given him authority to invade eastern Ukraine and referred to the region as ‘new Russia,’ made clear that his ambition to upend the post-Cold War order in Europe remains unchecked.”

False! Putin forthrightly said he’s “not trying to undermine the relations between Russia and Europe.” He fears Western nations may try to do so.

There are no plans to invade, said Putin. Russia’s upper house Federation Council unanimously authorized him to use military forces to protect Russian nationals if needed, he added.

He hopes they won’t be needed. He stressed resolving crisis conditions diplomatically. He’s realistic. He knows Washington’s dark side.

“The coup-appointed government in Kiev needs to come to its senses before we can negotiate,” he said.

Outside party intervention is unacceptable, he stressed. “Compromise must be reached between various political forces” internally, “not between third parties.”

“All we can do from the outside is to support it in some way and go along with it.”

“The United States and its allies must now ensure that Russia genuinely puts an end to its intervention – and that Ukraine is not forced into unacceptable concessions in order to prevent another one,” they added.

Their version of events is polar opposite reality. Chicago Tribune editors accused Putin of “flagrant aggression against Ukraine.”

“By now, there may be no realistic option for stopping the Kremlin from gobbling up another chunk of sovereign Ukrainian territory.”

“Europe will be a safer and more stable place if the Russians know that no bad deed will go unpunished.”

Things head toward escalating out-of-control. The worst of all possible outcomes may follow.

“The assessments voiced in Washington regarding the meeting held between representatives of Russia, the US, Ukraine and the European Union are disappointing.”

“The US is trying persistently yet again to lighten the actions of the current Kiev authorities.”

“At that, the guilt for the Ukrainian crisis and its current escalation is put groundlessly on Russia, despite the fact that the conversation in Geneva was held in a business-like manner and without propaganda.”

“Moreover, some statements by US officials have ultimatums and they try to threaten us with sanctions and this is absolutely unacceptable.”

“It appears that sanction language substitutes normal diplomacy more and more for Washington. We would like to emphasize due to this that solely the internal position of Ukraine was discussed in Geneva.”

“This is reflected clearly in the accorded Geneva statement, which stipulates certain measures to resolve the situation, including disarmament of all illegal armed formations, release of all buildings and streets occupied illegally and amnestying rally participants.”

“It is evident that when we speak about disarmament, it concerns firstly taking arms from Rights Sector rebels and other pro-fascist groups involved in the February revolt in Kyiv.”

The very Maidan supporters should firstly free state offices and other facilities they have taken in Kiev and western regions.”

“The essence of the Geneva meeting was to send a clear signal to Kiev that the situation can be stabilized solely via the launch of comprehensive dialog with regions, especially those, where Russian-speaking residents prevail and whose opinion the central authorities should start listening to.”

“We expect that real actions of our Ukrainian and western partners amid the decisions made jointly in Geneva will be more in line with the content of the agreements reached.”

“If (putschists) release all political prisoners, stop persecutions, and Right Sector lays down their arms and a referendum on Ukraine’s political system is in the pipeline, then of course administrative buildings will be freed and the struggle will come to an end.”