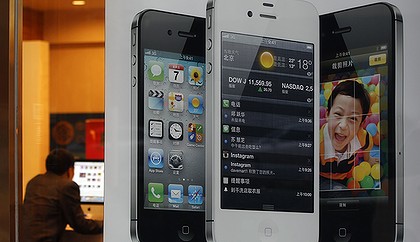 An iPhone poster on display at a phoneshop in Beijing, China. Photo: AP
China
April9, 2012
BEIJING. Five people have been arrestedfor alleged involvement in a 17-year-old’s decision to sell his kidney so hecould buy an iPad and an iPhone.
The Xinhua news agency reported thatprosecutors in Chenzhou charged the suspects, including a surgeon, withintentional injury.
Xinhua said that the man who allegedly organizedthe plot needed to pay off gambling debts. He supposedly received about$US35,000 ($A34,000) to get the kidney, out of which he paid about $3000 to thestudent.
The defendant also allegedly paid themedical staff for the operation, and for the rental of a medical facility.
The student’s mother uncovered the plotafter asking how he could afford an iPad and iPhone. He confessed that he hadsold one of his kidneys.