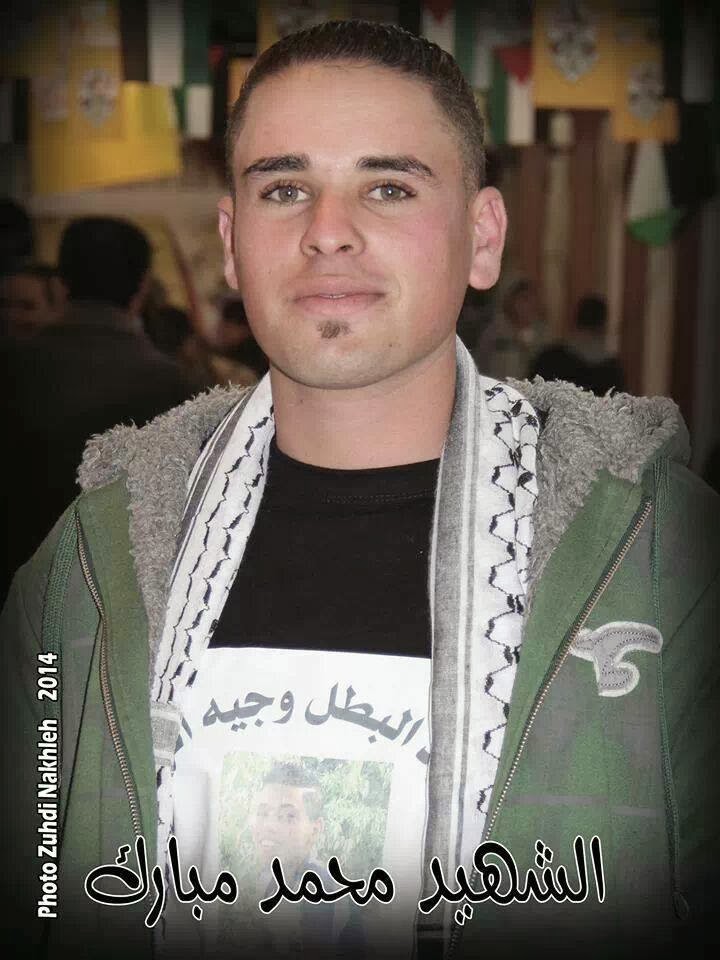 This is 22 year old Muhammad Mubarak from Al Jalazun refugee camp in the West Bank. Today, he was shot in the back three times by the Israeli army and left to bleed to death.
In this picture, he’s wearing a shirt printed with a photo of 13-year-old Wajih al Ramahi, also from Al Jalazun, who was shot dead by the Israeli army last month in front of his school.
I am shaking as I throw this hasty post together in honour of this young martyr ~ his sparkling eyes which had most likely seen far too much in his 22 years ~ dulled forever. My thoughts swirl and my ability to even remember what I was doing when I found this image is gone. I have posted images of other young martyrs and it never gets stale. Every time, I cry at what is being done to the people, especially the youth, of Palestine. 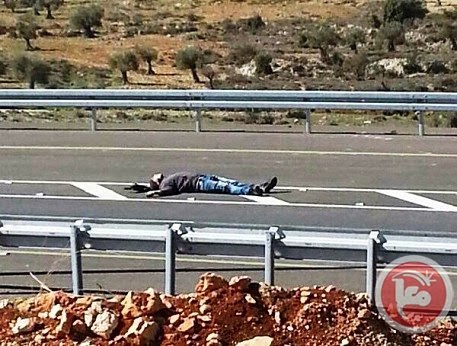 It appears he was armed from the one photograph, the Israelis claim his terrorist status of course. But what brought this young man to such a point in his life?
Over the last few years Israel has really been stepping up the pressure in Palestine ~ Gaza and the West Bank both. They are doing this, pushing and pushing, trying to get the Palestinians to break and give them a chance for all out annihilation of these unwanted “cockroach Arabs”. This is their way, goading until they can claim victim status as they strike with impunity.

The current divisions within Palestinian camps created by Hamas, the Brotherhood and Takfiri factions all coupled with the constant onslaught by the Israelis has turned many otherwise decent young men to seek martyrdom through terrorism when they have reached the breaking point. 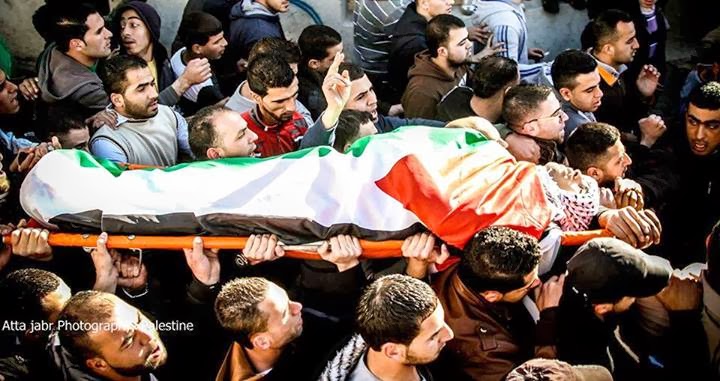 The funeral of martyr Muhammad Mubarak at the Jalazoun refugee camp near Ramallah.
Bookmark the permalink.