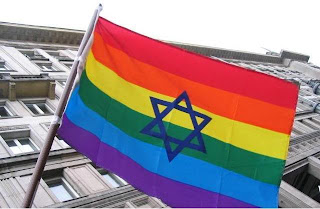 AIMED AT OBLITERATING FREEDOM FOR MAJORITY
By John Kaminski
The Rebel
August 17, 2013
The current uprising by advocates of homosexuality against the upcoming Winter Olympics in Russia bears a striking resemblance to the original free-for-all in 1973 that intimidated the American Psychological Association to alter its official definition of gayness from aberrant behaviour to alternative lifestyle.
This decision by this overwhelmingly Jewish group of psychology professionals opened the door to increasing public acceptance of deviant behaviour, under the guise of protecting a persecuted homosexual minority.
Some gay rights advocates are suggesting a boycott of the 2014 winter games at Sochi because Russia recently passed a law prohibiting public demonstrations by gays or promoting the gay lifestyle to the general public. The actual law is an amendment to an existing law that prohibits furnishing gay propaganda to children.
http://www.pri.org/stories/politics-society/u-s-olympians-again-contemplating-a-boycott-of-olympics-in-russia-14677.html
http://conservativecolloquium.wordpress.com/2007/10/01/homosexual-activists-intimidate-american-psychiatric-association-into-removing-homosexuality-from-list-of-disorders/
On the issue of race, we witness the same thing happening as Barack Obama uses the bully pulpit of his presidency to urge school authorities to go soft on minority students committing criminal acts. Coming on the heels of the Zimmerman trial in which the government and the media banded together to deprive citizens of the right to defend themselves, the nation is left in a state of cognitive dissonance as to what to do, especially given the epidemic of police violence against old people, babies and pets and the government loading up on hollow point ammunition while it conducts wars based upon lies and works to destroy the Constitutional protection of individuals.

Since the media have for years downplayed the epidemic of black violence on white people ~ like the Knockout Game ~ thinking people can reach no other conclusion than that the government is trying to make it easier for black people to commit crimes against defenseless white people, as well as make it easier for homosexual predators to seduce unsuspecting children and ruin their right to grow up and have a normal family.

http://thescottcarpdream.blogspot.com/2013/08/obama-signs-executive-order-instructing.html
My own opinion is that this is all part of a deliberate stampede toward anarchy in order to destabilize society, which will trigger a total police crackdown on every American citizen, with mandatory rules about how people think and profound penalties for protesting the prescribed curriculum.
. 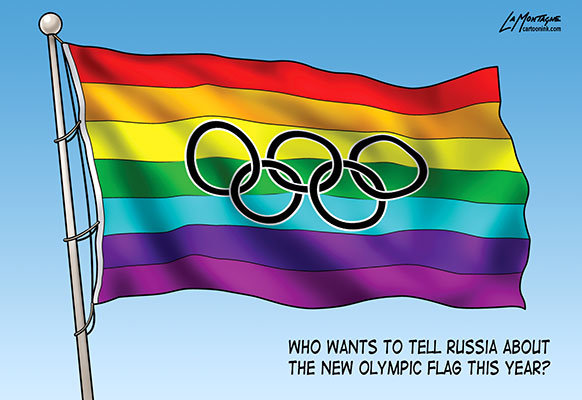 And this is how the Jews will finally conquer America, in a total totalitarian takeover of every aspect of everyone’s lives.
It’s difficult to come to any other conclusion than to think the government is trying to wipe out free will from everyone’s minds by insisting upon minority rule that forces people to abandon their own common sense and accept rules that dumb them down, make them sick, and approve of behaviour that the vast majority of people simply interested in protecting their own health are no longer allowed to follow.

This faux interest in protecting so-called persecuted minorities has resulted in across-the-board persecution of the majority, not to mention abandoning traditional social standards necessary to the continuation of a healthy society.

Need more evidence?
Try the recent Forbes magazine article that lionizes Google’s new chief engineer Ray Kurweil and notes that in the very near future the distinction between humans and machines will become fuzzier and everybody will eventually get their information from the same central source ~ the perfect formula for totalitarian control.

There is no such thing as liberty in this direction, only slavery, in which no one is allowed to protest laws and mandates that are clearly not in their own interest.

http://www.kurzweilai.net/forbes-does-google-glass-mean-the-singularity-is-near?utm_source=KurzweilAI+Daily+Newsletter+Plain+Text&utm_campaign=a9ade9dffd-UA-946742-1&utm_medium=email&utm_term=0_ba4a8dc647-a9ade9dffd-282119929
Need more evidence than that?
Try Barbara Honegger’s video of the real inside story of what really happened at the Pentagon on 9/11. The former senior journalist at the Naval Postgraduate School and author of “October Surprise” ~ and some say the finest 9/11 researcher ~ spends two hours telling you a story you never heard about the Pentagon disaster that clearly reveals the White House knew exactly what was going to happen before it did happen.
But then, after naming all of the top Jews who organized and executed the 9/11 crime of treason and mass murder, and itemizing the neocons who were under the sway of Israeli influence, she calls them “neo Nazis” . . . and links the Jewish neocon philosopher to Adolf Hitler himself. How sad and how stupid to insist that Jews are really Nazis. (point made at 2:19)
This is really turning reality on its head, and typical of the Jewish misreading of history that has been implanted in everyone’s heads.

In any case, what you choose to believe can determine the fate of the world.

Gay people constantly harassing psychiatrists in the 1970s led to the approval of their behaviour, and the long term marginalization and destruction of society’s heterosexual family structure.
ED Noor: Within three years of the approval of the society, Communist lesbian Bella Azbug brought about changes within the legal system moving the agenda foward.
Now, Russia’s prohibition against homosexuals propagandizing children and the reaction of these LGBT perverts who have been legitimized by insane Jewish doctors might actually just be the trigger that starts World War III, which will be the war to end all life, which I’m sure gay advocates will consider a small sacrifice compared to their warped notion of sexual freedom.
It appears there is no way to stop these totalitarian trends that are being imposed upon us, and this in itself creates the downward spiral of a whirlpool of depression which society seems no longer able to escape.

Individual actions involving integrity seem futile against this mad rush to the distraction of personal satisfaction which diminishes the health of everyone and everything.

Various environmental crises foreshadowing mass death in the very near future further intensify feelings of futility, which in turn kindle feelings of frustrated rage in everyone, which in turn encourage law enforcement to justify its own police state tactics as the proper solution, which increase the likelihood that very soon, if not already, a widespread madness will engulf the world that will result in a savagery the world has not seen throughout its bloody and pointless history.
And no one offers a solution except more weapons and more killing.
This is just what the Jews have always wanted to happen, what they have worked for so long and so hard. And now that they have achieved their objective, they will get their prize, a world of blood and tears from which they ~ and only they ~ will profit.
And even at this late date, people won’t admit the nature of the problem. They just can’t see it. Maybe when their TVs go off for the last time, they will.
John Kaminski is a writer who lives on the Gulf Coast of Florida, constantly trying to figure out why we are destroying ourselves, and pinpointing a corrupt belief system as the engine of our demise. Solely dependent on contributions from readers, please support his work by mail: 6871 Willow Creek Circle #103, North Port FL 34287 USA.