The Dome of the Rock on the Temple Mount and Al-Aqsa Mosque rank third in Islamic importance. They do so after Mecca’s Sacred Mosque and Madina’s Mosque of the Prophet. 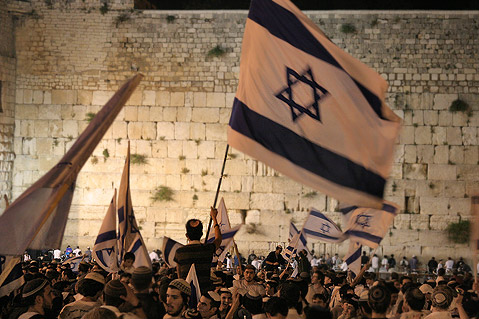 In February, he told the Conference of Presidents of Major Jewish Organizations of plans for greater Israeli control over East Jerusalem.

“Unfortunately, the Temple Mount today doesn’t allow for the full exercise of freedom of religion, and there is discrimination against Jews there,” he said.

“If Israel continues this policy, it proves it does not want peace but continues to violate international laws and resolutions.”

Its provocations are commonplace. In 2014 alone, the Al-Aqsa Foundation and Heritage reported 1,720 Israelis invaded the mosque compound provocatively.

Virtually daily they create one or more incidents. Most often they want to pray where they don’t belong. They want to incite violence. They want Israeli security forces blaming Palestinians for their provocations.

Extremist Israeli rabbis want full control over the entire area. So do right-wing ideologues. It covers 144 dunums. It includes both mosques, an Islamic museum, a Sharia Islamic court and other facilities.

Palestinian worshipers remain inside the Al-Aksa Mosque compound to protect it. Israeli forces storm it belligerently all too often.

On April 17, they did so. They fired rubber-coated steel bullets at worshipers. Dozens were hurt.

Special forces deployed around the main gates since dawn. They blocked worshipers outside from getting in.

Ministry of endowment employees and students attending school inside were denied entry.

Security guards did so. So did men aged over 65. Several worshipers prayed in alleys outside.

About 100 worshipers remain inside the compound day and night. They do so to protect it.

“Most incidents involve Jews attempting to access the area in order to pray or demonstrate a Jewish presence.”

“The growing strength of the Jewish Temple Movement and other organizations that seek to change the status quo on the Temple Mount has exacerbated these tensions, as has the crisis in the Israeli-Palestinian negotiations.”

It’s a 501c3 NGO. Pro-Israeli volunteers run it. “When you donate to LIBI USA, over 95% of your donation goes directly to support Israeli soldiers,” they say.

The did so “to provide educational, religious, medical and recreational needs of Israeli soldiers.”

“BREAKING NEWS: This morning, after Palestinian and Arab rioters threw stones and Molotov cocktails on the Temple Mount, the police were forced to close the area.”

“Is it time for Israel to take control of the Temple Mount, end the violence, and open it to people of all religions? Click here to
vote!”

Israeli police lie. They claimed dozens of Palestinian youths provocatively threw stones and firecrackers at them from within the compound. Many were masked, they added.

Israeli zealots target Palestinians throughout the Occupied Territories. On April 18, they vandalized an Umm al-Fahm mosque.

They torched its front door. They spray-painted hate graffiti on its walls. They did so over the Passover holiday period (April 14 – April 22).

Palestinians are fair game. Radicalized Jews act with impunity. Israeli security forces do nothing to stop them.

They encourage lawlessness by inaction. They do it with overt support. So-called “price tag” attacks describe retaliations relating to Israeli government actions limiting their political goals.

They occur with disturbing regularity. They’re documented by time, type, location, number of injuries and/or deaths. They do so by settlements of origin.

Israeli and collaborating Palestinian security forces do virtually nothing to stop them.

Ordinary Palestinians are left vulnerable on their own. They’re in a virtual war zone. Israel is an occupying power.

Separately, Nikolayev, Ukraine’s main synagogue was firebombed on April 19. At the time, it was empty.

Last week, fake letters circulated to Donetsk Jews. They called on those over 16 to register. Failure threatened citizenship revocation, deportation and assets seized.

Svoboda’s slogan is “Ukraine for the Ukrainians.” It earlier called itself Socialist-Nationalists.

Current ones are targeted in other ways. Svoboda Party head Oleh Tyahnbok once said Ukraine is headed by a “Muscovite-Jewish mafia.”

The 14 represents a white nationalist 14-word slogan. The 88 stands for ‘Heil Hitler.” “H” is the alphabet’s 8th letter.

Black Sun occult symbolism is used. Allegedly it was drawn for Heinrich Himmler from an old Aryan emblem. It represented inner-circle SS power.

It united three important Nazi ideological symbols – the sun wheel, the 12 SS Knights of the Order of the Death’s Head, and their three retainers.

He wanted Ukraine made ethnically pure. Mass extermination followed. Current Ukrainian neo-Nazis have their own methods.