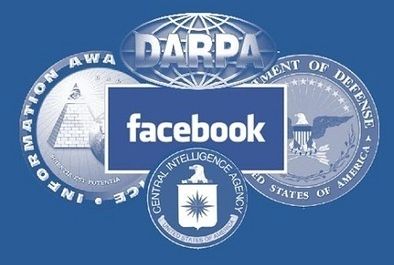 “Do you know anyone not on Facebook? Report them to your nearest law enforcement branch immediately. They may be psychopaths planning their next killing spree’. Signed: your benevolent government.”
SOME EMPLOYERS AND PSYCHOLOGISTS SAY STAYING AWAY FROM SOCIAL MEDIA IS ‘SUSPICIOUS’
ED Noor: Apparently Anders Behring Breivik and James Holmes not having a Facebook footprint is a surefire indication that the person who does not pander to the social networking society is potentially dangerous.

Personally I think believing this virtual non-news claptrap just makes you an idiot. The men of Hezbollah could care less about their personal networking sites!
By Daily Mail Reporter
August 8, 2012
Facebook has become such a pervasive force in modern society that increasing numbers of employers, and even some psychologists, believe people who aren’t on social networking sites are ‘suspicious.’
The German magazine Der Taggspiegel went so far as to point out that accused theater shooter James Holmes and Norwegian mass murder Anders Behring Breivik have common ground in their lack of Facebook profiles.
On a more tangible level, Forbes.com reports that human resources departments across the country are becoming more wary of young job candidates who don’t use the site.
Normal: Facebook has become so pervasive in this culture that not having a profile is considered ‘abnormal’
The common concern among bosses is that a lack of Facebook could mean the applicant’s account could be so full of red flags that it had to be deleted.
ED Noor: Join Facebook so you can get a job! Next new parents will begin social networking their infants to create the perfect on line personna for their little darling from day one. (Conception). This guarantees the prospective boss all he needs for locating the perfect slave employee. I see a whole new industry here! Site designers, writers, career advisors, analysts….
Slate.comAdvice Columnist, Emily Yoffee, wrote in an advice column that young people shouldn’t date anyone who isn’t on Facebook.

‘If you’re of a certain age and you meet someone who you are about to go to bed with, and that person doesn’t have a Facebook page, you may be getting a false name. It could be some kind of red flag,’ he says.

ED Noor:Right, so everything someone has on their Facebook page is the truth, the whole truth and nothing but the truth? I suppose the simple idea of having ethics enough to not sleep with someone never crosses the mind of these folks?
Yoffee points out that these judgements don’t apply to older people who were already productive adults before social media became widespread.
The tech news site Slashdotsummed up Der Taggspiegel’s story about social networking as ‘not having a Facebook account could be the first sign that you are a mass murderer.’
Loner: James Holmes, the accused Colorado theater shooter, does not appear to have friends and did not have a Facebook page
It points out that Holmes, who is accused of killing 12 people and an unborn child and wounding 58 others at a movie theatre in Aurora, Colorado, and Breivik, who murdered  77 people with a car bomb and mass shooting, did not use Facebook and had small online footprints.
Breivik used MySpace and Holmes was reportedly on the hook-up site Adult Friend Finder.

Psychologist Christopher Moeller told the magazine that using Facebook has become a sign of having a healthy social network.

Psychologists have noted that Holmes, along with several noted mass murderers, have lacked any real friends.
And this is what the argument boils down to: It’s the suspicion that not being on Facebook, which has become so normal among young adults, is a sign that you’re abnormal and dysfunctional, or even dangerous, ways.
ED Noor:What is this, some sort of twisted marketing campaign for Facebook?

‘Oh you have a MySpace page but not a Facebook page? Well, you’re obviously a psychopathic mass murderer-in-waiting then!’

This ‘science’ is the kind of thing a psychopathic Big Brother system would come up with to obscure the very real issue of psychopaths amongst us.