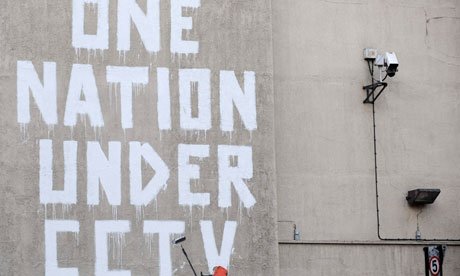 I stated in a previous article on the Boston Bombings that one way of determining if an “attack” is in fact a false-flag event is to see if an agenda is pushed on the public in the weeks following it. Well, several agendas were indeed pushed on the public, one of them being the praising of video surveillance. In the wake of the attacks, most media sources were basically saying: “Thank God we have these cameras monitoring people because they’ve enabled us to catch the terrorists! Hurray for the police state!”.

But, according to CNN, that wasn’t enough. Cameras should not only identify evil-doers but predict those who are about to do something evil. For this reason, this CNN report calls for real-time police surveillance across the board.

So the anchor at the beginning of the video says: “Its frustrating for people in Boston to see the terrorists on video knowing that police weren’t even looking for them”.  Huh? This sentence doesn’t make any sense. Why would the police be looking for someone who did not do anything yet?

The report then proceeds to talk about the uselessness of surveillance cameras that cannot prevent crimes. Paula Newton then interviews Juliette Kayyem – who is ANOTHER CNN EMPLOYEE. She confirms that having people actively monitoring citizens and arresting those who look suspicious in order to “prevent crimes” is very necessary.

Paula Newton then says that, in London, “authorities tracked and traced my every move through the crowded streets” as if that was a great thing.  (In a 2011 article, I posted a video describing how London CCTV are able to identify, track and follow individuals). The reporter adds, “this didn’t happen in Boston”, therefore implying that the lack of Big-Brotherish police state surveillance in Boston was a fail that cost lives.

For the sake of being “unbiased”, the report interviewed a “concerned person” for about 12 seconds to nevertheless conclude that real-time surveillance is necessary. In short, this report is another example of the elite using a traumatic event to get people to agree with the loss of liberties and increased surveillance.

The post In the Wake of Boston Bombings, CNN Calls for Real-time Police State Surveillance (video) appeared first on The Vigilant Citizen.