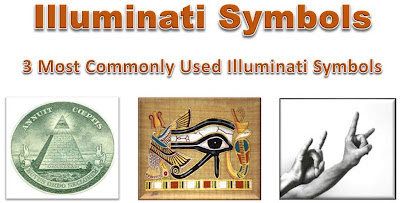 Illuminati symbols can be seen almost everywhere once you are educated on what they are.  Printed on governmental images, money, corporation logos, games, art, music videos and others, these types of symbols are most likely seen by most, everyday, without them even knowing about it.There are three most common Illuminati symbols, the Pyramid, the Eye of Horus, and the Devil Horns, that you can learn to identify and understand some of their basic meanings. 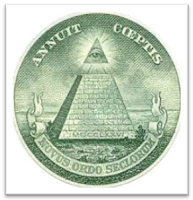 The first symbol is the Illuminati Pyramid.  The most common use of this Pyramid that many people see almost everyday is the one on the back of the American dollar bill.  Some have associated this symbol with strength.  Others think it’s used out of a respect to ancient cultures that have constructed such wonderful structures.  Some others feel that when it’s used, such as on the dollar bill, it shows a conspiracy of secret societies showing their united power over the common person.

Illuminati Symbols – The Eye Of Horus 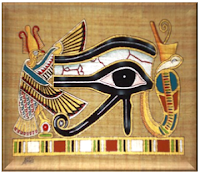 The Eye of Horus is another interesting Illuminati symbol that is used.  Traditionally it’s a symbol that was used by Egyptians as a sign of health and protection.  Today the Illuminati use it either in it’s traditional form or as the “all seeing eye” that is shown on top of a pyramid or even on it’s own.  The British use the eye in print upon their governmental program that is watching it’s citizens.  Many other uses of it are seen in popular culture.  This eye could simply be a symbol for the general watching over one for health and protection, but it could have a deeper meaning of letting one know they are being watched, registered, and recorded. 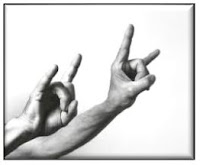 The third symbol discussed are the Devil Horns or Goats Head.  Many interpret this one as a sign of the occult more so than the rest.  The most popular use of this one besides in print is the hand signal of one holding their middle and ring finger against their thumb to display the horns.  There are a number of influential national leaders and even the pope who have been seen displaying this symbol with their hands. You will definitely see a lot of celebrities using this Illuminati hand sign. Some will interpret this as a sign of Satanism as it originates from Satanic occults. Devil worshipers will use this to demonstrate the fact that they are proud of their worship for the devil. Just remember that the next time you see people using this, it’s representing the devils head and horns.

Final Conclusion:
If you watch for these three symbols, you will start to notice them in your day to day life.  Whether they are a common symbol that people enjoy using or real evidence of the Illuminati’s power over our everyday life. It is still up for debate in many people’s opinion. 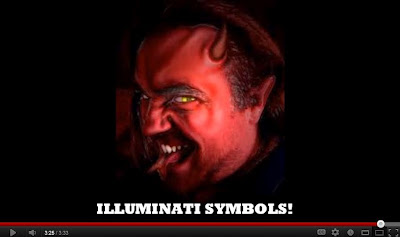