Gulf of Tonkin & the Vietnam War

“In the summer of 1964, President Lyndon Baines Johnson needed a pretext to commit the American people to the already expanding covert war in South East Asia. In November of 2001, the LBJ Presidential library and museum released tapes of phone conversations with the President and then Defense Secretary Robert McNamara where they openly discussed plans to use the staged Gulf of Tonkin incident as a pretext to expand the war.” -Alex Jones, “Terrorstorm” (12mins)

On August 2nd, 1964, the USS Maddox destroyer was supposedly conducting reconnaissance in theGulf ofTonkin when fired upon by North Vietnamese forces inSwatow gunboats. The Maddox, however, was not on a reconnaissance mission; it was part of a joint CIA-South Vietnamese covert intelligence operation called ‘Operation Plan 34A.
“Far from being an ‘unprovoked attack’ as President Lyndon Johnson had stated, the attack was an expected retaliation as a result of aggressive CIA-South Vietnamese maneuvers. Johnson himself acknowledged Operation Plan 34A in recently released White House tape recordings, ‘There have been some covert operations in that (Tonkin Gulf) area that we have been carrying on – blowing up some bridges and things of that kind, roads and so forth. So I imagine (the North Vietnamese) wanted to put a stop to it.’” -Paul Joseph Watson, “Order Out of Chaos” (27) 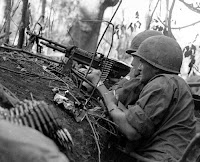 Once again the people were manipulated into believing a false-flag reason for entering the Vietnam War. This time the public was told a friendly ship came under unprovoked enemy attack, when in fact our ship was the aggressor.
“In late 2005, the National Security Agency declassified its own official history of the Gulf of Tonkin and admitted that intelligence agency officers had deliberately skewed the intelligence and claimed that Vietnamese patrol boats had attacked US Destroyers on Aug. 4th, 1964, when in reality they had done nothing even while being fired on by US forces.” -Alex Jones, “Terrorstorm” DVD (12 mins.)
On August 4th, 1964, the US Destroyers received radar and radio signals that were misinterpreted as being another enemy attack from the North Vietnamese navy. Supposedly a two-hour shoot-out ensued, but in reality there were likely no enemy ships out there. An hour after the incident, Captain John J. Herrick of the USS Maddox, sent a cable admitting the attack may not have been an attack after all.
“Review of action makes many reported contacts and torpedoes fired appear doubtful. Freak weather effects on radar and overeager sonarmen may have accounted for many reports. No actual visual sightings by Maddox. Suggest complete evaluation before any further action taken.” -Captain John J. Herrick, Aug. 4th, 1964
“I had the best seat in the house to watch that event, and our destroyers were just shooting at phantom targets – there were no PT boats there. There was nothing but black water and American firepower.” -Naval Aviator James Stockdale, from his 1984 book

With no justification whatsoever, on the evening of August 4th, Johnson stated, “the initial attack on the destroyer Maddox, on August 2nd, was repeated today by a number of hostile vessels.” Actually no US ships were fired upon, and there were likely no Vietnamese boats present either, but Johnson reported, “We believe at least two of the attacking boats were sunk.” Later on, however, in 1965 Johnson was quoted referring to the Tonkin incident admitting, “For all I know, our Navy was shooting at whales out there.” 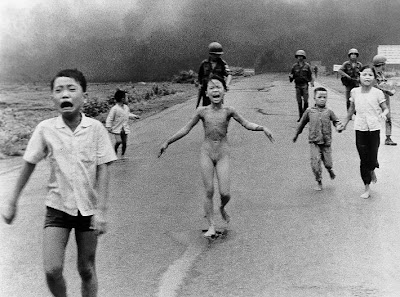 “The Vietnam War killed one million Vietnamese and 58,000 Americans. It was launched after two incidents in August 1964, the first of which was provoked and the second never happened. With careful avoidance of the facts, then President Lyndon Baines Johnson was able to ram through the Gulf of Tonkin resolution, denouncing those who raised suspicious voices as anti-American, and receiving a validation for war.” -Paul Joseph Watson, Order Out of Chaos (26)