Governments Do Not Exist 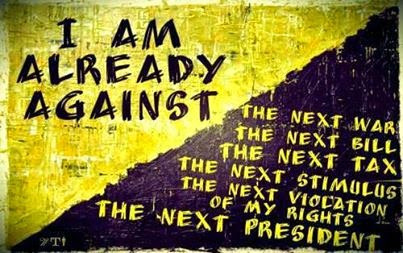 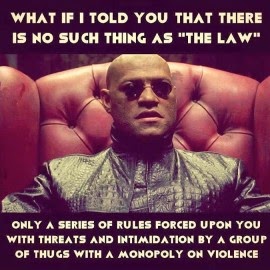 It is important to note: Governments, just like Countries, Borders, Laws and other abstract concepts, do not actually exist.  It sure seems like governments exist since they have the power to murder, steal from, or imprison their populations for whatever whims tickle their fancy.  But in actual fact, they do not exist.  Only people exist.  People in fitted uniforms exist;  Police, soldiers, politicians, prison guards, public school teachers and welfare recipients exist.  The people who work for and benefit from the system, are the system.  Without people willing to murder, steal from, or imprison their fellow brothers and sisters in the name of government, there is no government.  What government would we have if no one showed up on election day?  Who would shake us down if no one paid up on tax day?  Who would brainwash our children if no one sent them to public schools?  Who would fight foreign wars if no one would be a soldier? 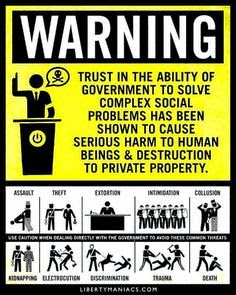 If people stopped working for the government, the government would cease to exist.  If people stopped voting, if people stopped paying taxes, the government would cease to exist.  Police, soldiers, politicians, all other government workers and welfare recipients, are the beneficiaries of our stolen money.  They are all upstanding parasite citizens employed by a parasite system to parasite off everyone else.  They are all anti-entrepreneurs actively working against the free-market.  They are people who, through their actions, agree with, enable and enforce violence and coercion against their fellow man.  They grant themselves the legal right to counterfeit their own currency and imprison anyone else who tries.  Their paychecks come from the taxes we are all forced to pay them.  Their means of subsistence is counterfeit and theft.  And these thieves have the power to put us in prison if we don’t willingly hand over our hard-earned money, whenever, and however much they ask for.  Govern-Mental literally translates to Mind-Control – it’s time people realize they have been brainwashed by their Mafia Governments, stand up and say to all government employees a big “No Thanks For Your Service!” 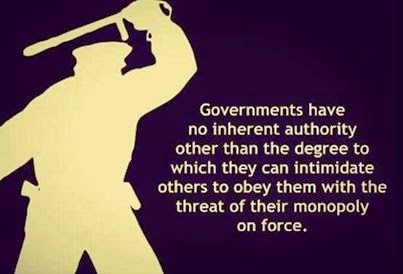