Freemasonry and the Founding Fathers 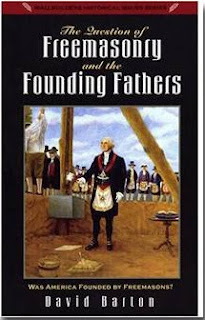 Traditional history insists that the Revolutionary War was fought over the British monarchy’s unjust taxation of America. While this is true on one level, it is also true that the leaders of the American Revolution, the signers of the Constitution and Declaration of Independence were all descendants of British aristocratic bloodlines and most of them Freemasons.

“Not only were many of the founders of the United States government Masons, but they received aid from a secret and august body existing in Europe which helped them to establish this country for a peculiar and particular purpose known only to the initiated few.” -33rd Degree Mason Manly P. Hall, “The Secret Teachings of All Ages” (XC and XCI) 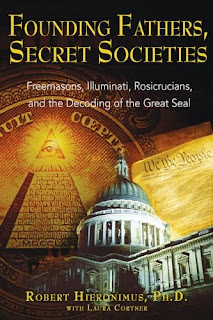 “The very struggle for independence seems to have been directed by the Masonic brotherhood, and, some historians insist, had even been started by them.” –David Ovason, “The Secret Architecture of Our Nation’s Capital” (75)
“Freemasonry was the driving force behind the ideals and tenets … of the American Revolution. What is less well known is the fact that there was a very close connection between the French and American Masonic lodges at that time … In those days Freemasonry in America was regulated by United Grand Lodge in England, which appointed ‘Provincial Grand Masters’ in various regions of the North American Continent.” -Graham Hancock and Robert Bauval, “Talisman” 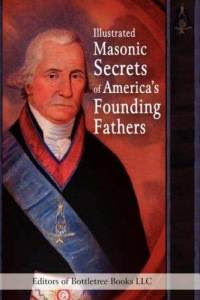 Before the Revolutionary War, the “New World” of the Americas lacked unity and autonomous identity. For almost 300 years there was no military, constitution, or federal government. Then within two short years, the snap of a historical finger, America had Continental Marines, Continental Congress, and the Articles of the Confederation. With the Declaration of Independence, the British colonialists (or “Americans”) officially separated from the British nationalists. Freemason and bloodline General George Washington became first President of the now United States of America, and royal rule of America switched from overt to covert. Royal and secret society rule had not changed, only the perception of governance changed while the same DNA stayed in office. Instead of peasants well-aware of their plight, knowing the Monarchs/Emperors oppressing them, we became peasants who actually believed we were born into a free and open system. 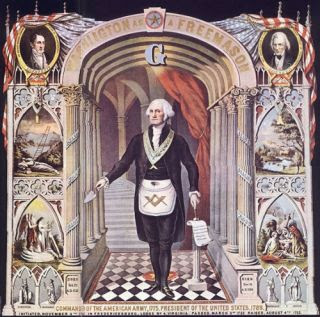 “Freemasonry, the oldest and most powerful secret society in the history of the world, had planted firm roots in early-day America and even played a significant role in the American Revolution. It played an even greater role in the subsequent French Revolution, which initially was greeted with great joy and approval in the United States. The number of Masonic lodges grew and membership increased. By 1826 it was estimated that Masons in the United States numbered nearly fifty thousand, mostly educated and professional men. But in that year, one Mason broke ranks. It became known that a Captain William Morgan of Batavia, New York, was planning to publish a book revealing the secret symbols, handshakes, oaths, and purposes of the Freemasons. Morgan, a thirty-year member of the order, wrote, ‘the bane of our civil institutions is to be found in Masonry, already powerful and daily becoming more so. I owe my country an exposure of its dangers.’ Before the book could be printed, Morgan and his publisher were kidnapped in Batavia. Irate friends and neighbors pursued the kidnappers and managed to rescue the publisher, but Morgan was not so fortunate. He was never seen again. Years later, a Mason named Henry L. Valance confided to his doctor as he lay dying that he and two other Masons had dropped Morgan into the Niagara River. Valance said since that night he had suffered from a guilty conscience—‘the mark of Cain’—and sought absolution for his sin.” -Jim Marrs, “Rule by Secrecy” (217-8) 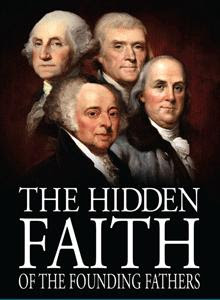 If you listen to Hollywood’s Masonic adventure movie National Treasure, then 6 of the founding fathers were Freemasons. If you read various Masonic websites, they tend to admit 9-13 were Masons. But the truth is that the majority of the founding fathers were high-ranking Masons.
“Of the 56 signatories of the American Declaration of Independence, at least 50 were known to be Freemasons and only one known not to be.” -David Icke, “Tales from the Time Loop”

“The Supreme Council of the 33rd Degree of the Scottish Rite of Freemasonry has told the student that 13 of the 39 original signers of the Constitution were Masons … It is also interesting to note that there were 39 signers, exactly three times the Masonic number 13.” -Ralph Epperson, “The New World Order” (146)

13 is an important number to the Masons. There are 13 degrees in York-Rite Freemasonry, and there just happened to be 13 original colonies (including New “York”). New York is known as the “Empire State” with the “Empire State Building,” but whose Empire? Who’s the Emperor? Perhaps the York Rite Freemasons could tell us? 13 Masons signed the Constitution along with 26 (13×2) non-Masons making 39 (13×3). There also just happens to be 39 members of Rockefeller’s Bilderberg inner-circle and 39 floors in Rockefeller’s United Nations building.