FALSE FLAG ALERT: THE U.S. MILITARY IS OFFICIALLY PREPARING FOR AN “ALIEN INVASION 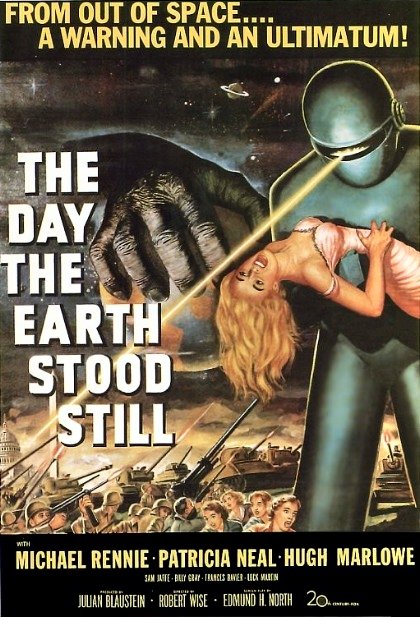 By POPEYE
Federal Jack
April 9, 2012
A few months ago I made a video and posted it here on FJ about the government, media and their mouth pieces hyping an alien invasion titled Michio Kaku Hyping Alien Invasion As Corporate Media Says Alien Threat Would Help Global Governance.
It shows how the corporate controlled media and the government are hyping an outside threat of alien invasion and using that “threat” as a way to push the idea of a global government.  This is the exact script of the movie Independence Day and the real blueprint of something called Project Blue Beam and you are seeing the foundation laid for it.
Even Paul Krugman said back on August 14th 2011 that the government should fake an alien invasion to fix the economy.
So with those recent pieces of evidence in mind let’s now pay attention to a mainstream news report put out on Easter Sunday 2012 in Australia.  A member of the U.S. Air Command with special clearance of White House, spoke during an interview aired on Australian MSM, about the official plans of the U.S. military to fight a hostile alien invasion.
FROM: Youtube User undercoveralien
IT’S OFFICIAL:  A member of the U.S. Air Command with special clearance of White House spoke earlier this Sunday, during an interview apparently aired only by Australian MSM, about the official plans of the U.S. military to fight a hostile alien invasion. Take in mind that TPTB are building a mega radio-telescope in Australia and New Zealand, for detecting an alien invasion and also the U.S. Army is deploying thousands of Marines in Australia, what strongly suggests that a major false-flag event will take place in the land of down under.
WATCH THE FULL VIDEO BELOW:
Ask yourself, why all the hype about an alien invasion?
Then pay attention to the things they are saying are the goals and it becomes clear, WORLD GOVERNMENT.
Now I’m not saying I don’t believe aliens are out there, that would be an ignorant and arrogant stance to take considering the size of the universe. If they are out there they would be so advanced that to them we would be like the monkeys in the zoo who fling poop at each other.
To them the Earth is probably a neat place to visit from afar but they must be careful not to get too close too often because the natives are primitive and dangerous.
I also agree that working together as humankind to explore space and the oceans would be great. I agree that no more war, death, bloodshed would be great but that is not what the people pulling the strings want.
They want quite the opposite.
Their goal is a one world government that has the ability, power, and means to control everything on the planet and every aspect of human life for their own twisted goals.  I know this all sounds crazy but it is 100% real as can be.  Do the research for yourself and you will see.
And remember what Henry Kissinger said while speaking at the Bilderberg meeting in Evian, France, May 21, 1992:

“Today Americans would be outraged if U.N. troops entered Los Angeles to restore order; tomorrow they will be grateful. This is especially true if they were told there was an outside threat from beyond, whether real or promulgated, that threatened our very existence. It is then that all peoples of the world will plead with world leaders to deliver them from this evil. The one thing every man fears is the unknown. When presented with this scenario, individual rights will be willingly relinquished for the guarantee of their well being granted to them by their world government.”