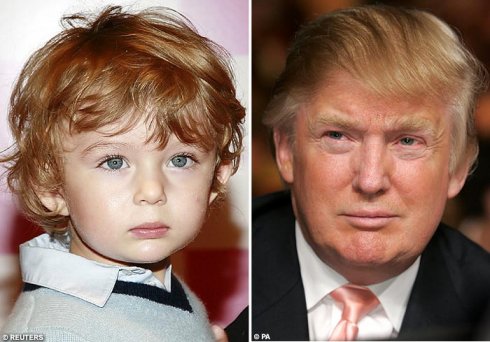 Donald Trump has been involved in the autism issue for several years at least. At the Autism Speaks blog, he is mentioned as attending fund raising functions for autism. It seems to be a family interest because his son, Donald Jr., has held fancy dress fundraisers for autism as well. It is quite easy to see that young Barron Trump above will not be being over vaccinated even if he does seem to have his Daddy’s hair.
By Rosemary Mathis
Natural News
April 06, 2012
In a stunning development for the ostracized, often criticized, vaccinesafety awareness movement, cause celebre, and business mogul, Donald Trumpraised concern about vaccinations on Monday, April 2, the anniversary of thefifth annual World Autism Awareness Day.

Trump ‘warned’ Fox News viewers he “stronglybelieves that Autism Spectrum Disorders (ASD) are linked to exposure tovaccines.”1
During the interview, the tycoon revealed that a series ofcasual observations led him to the conclusion that ‘”monster”vaccinations cause Autism.

The remark (ED: Which begins about 2:40 into the video) was probably a bombshell for pro-vaccine advocatesincluding doctors, pharmaceutical companies, the government ~ and oh yes, BillGates. They have all fervently denied that observation ~ long a tenet of’science-based research’ ~ has anything to do with a medical outcome.
ED: Bill Gates quote: “The world today has 6.8 billionpeople…that’s headed up to about 9 billion. If we do a really great job onvaccines, health care, reproductive health services, we could lower that byperhaps 10 to 15 percent.”
Trump acknowledged that speaking out against vaccines and the vaccine scheduleis very controversial. But then he went on to state:

In a Monday interview on Fox News, Trump said: “I’ve seen peoplewhere they have a perfectly healthy child, and they go for the vaccinations anda month later the child is no longer healthy. It happened to somebody thatworked for me recently. I mean, they had this beautiful child, not a problem inthe world, and all of the sudden they go in and they get this monstershot.”

Trump’s statement is a victory for parents who have long believed vaccinescontributed to the neurological damage their children suffered post-vaccination. Although Trump is not against vaccines, he has spoken out beforeregarding his concerns about the increasing number of required immunizations inthe childhood vaccination schedule. 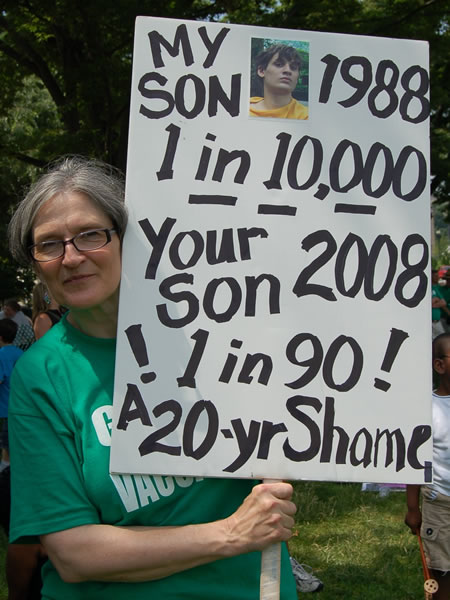 The Center for Disease Control (CDC) just released a study based on 2008 datarevealing Autism rates have risen to an all-time high. Health records for 8year old children in 14 states were analyzed showing Autism now affects 1 in 88children; and 1 in 54 boys in the U.S.2.Between 1960 and 1980 ~ children were subjected to 24 and 25 doses of vaccines.
As of 2010, infants and children are exposed to 70 vaccines inthe same time period.
To put this in perspective ~ a child born today will receivemore vaccine doses by the time he is six months old than his mother did by thetime she went to college. With the addition of vaccinations to the adultschedule; a person will receive close to 167 vaccine doses over their lifetime.

It is interesting to note thatAlzheimer’s rates are also increasing as more vaccines are administered to seniorcitizens. Subsequently vaccine manufacturers are now wallowing in a 27 billiondollar a year industry. At what cost to our children; at what financial loss toAmerica’s families?

The CDC data even becomes more compelling when individual state demographicrates are examined.
The number of children identified with ASDs ranged from 1 in 210children in Alabama to 1 in 49 children in New Jersey and 1 in 47 children inUtah. On the other hand the state of Iowa is showing 1 in 718 children are atrisk for ASDs.Four states ~ four different environments ~ with wide variations in state-widelevels of environmental toxic exposure. If one only considered the theory ofenvironmental pollution, New Jersey, in comparison to the other three stateswould be an obvious concern. But, what about Iowa? Toxic chemicals frompesticides have certainly affected the waterways. And yet, their children arethe most protected from ASDs. Alabama and Utah on the other hand have highrates of vaccination compliance ~ very low environmental pollution ~ and theirrates of autism are showing the greatest concern. 3. 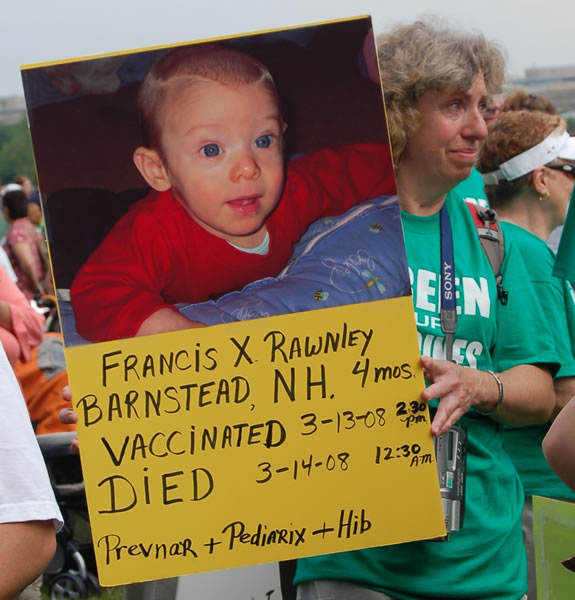 With the introduction of HPV vaccines, Gardasil and Cervarix into theadolescent vaccine schedule, symptoms eerily similar to ASDs are now emergingin the 9 to 26 year old male and female population.
SANE Vax has been following the VAERS data over the past 6 months and have beensaddened to see the increase in the number of adverse injuries and deaths thathave occurred post-vaccination.See our latest chart located at

ED: Not only does this horror create money for Big Pharma throughthe sales of the vaccines themselves, but they then reap big benefits fromselling treatments and drugs to deal with the consequences which, of course, theydeny having any responsibility for. I have said before, autism is a new andupcoming industry along the lines of cancer or heart disease.Medical consumers can no longer trust the “First do no harm”platitude. The harm has been done.
The United States is dealing with a full-fledged Autism epidemicand the global media is reporting it. We cannot stand idly by and watch thepandemic spread throughout the world.
ED: Meanwhile Bill Gates is recreating a polio epidemic in Indiawith his vaccines. See:

Medical consumers must hold those in charge of creating this man-madeplague accountable for their actions before it’s too late. 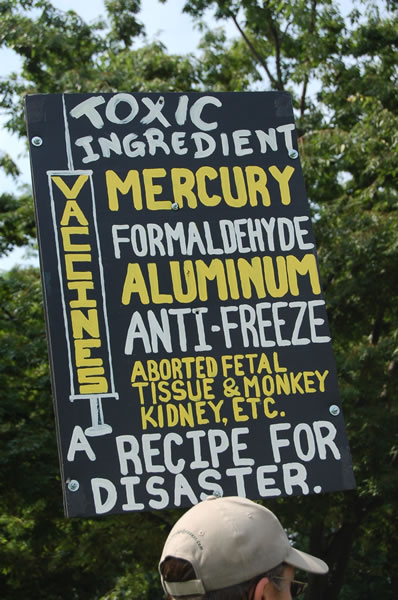 ALL THE VACCINES ARE CONTAMINATED ~ EVERY LAST ONE OF THEM!