He heads a homeland police state apparatus. He’s waging war on humanity. He’s ravaging one country after another.

He wants independent governments in Syria, Iran, Ukraine and Venezuela toppled. He’s got other targets in mind.

It’s hard keeping track of his lawlessness. He’s got multiple initiatives ongoing at the same time.

He wants control over world resources. He wants one nation after another plundered for profit. Venezuela is a prime target. 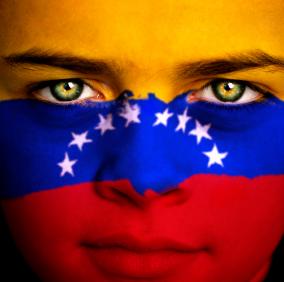 Syrian violence is out-of-control. So is Ukraine’s. Perhaps Obama plans turning Venezuela into a similar battleground. Expect stiff resistance if he tries.

Venezuela chairs the Mercosur trade alliance. Its other member countries include Argentina, Brazil, Paraguay and Uruguay.

They issued a joint statement headlining “Mercosur condemns violence in Venezuela and calls for dialogue.”

Its member states “repudiate all kind(s) of violence and intolerance which pretends to attack democracy and its institutions, whatever its origin…”

They reiterate their “strong commitment with the full exercise of democratic institutions, and in that framework rejects the criminal actions from violent groups that want to disseminate intolerance and hatred as an instrument of political struggle in the Bolivarian republic of Venezuela.”

They reject “all rupture threats against the democratic order constituted on the legitimacy of universal ballot and reiterate their strong position in defense and preservation of the democratic institutions, as indicated in the 1998 Ushuaia Protocol on Mercosur democratic commitment.”

They extended condolences to families of slain victims. They fullly trust Venezuela’s government “will not rest in its efforts to keep the peace and full guarantees for all citizens.”

“Faced with the aggression of fascist groups, (Venezuela) received the widest solidarity of countries around the world.”

They did so against violence-stoking destabilizing elements.

Jaua said supportive governments as well as social movements and parties spoke “in favor of democracy, stability and peace to the Venezuelan people.”

He expressed “full solidarity with the Bolivarian Revolution and its support for the democratic way (in lieu of) new imperialist aggression.”

“The national and international community has witnessed how President Nicolas Maduro met with all sectors, mayors, governors and parliamentarians to discuss national problems, fighting the economic war, (and) productive economic development.”

“No one can deny that the Bolivarian government is talking.”

No one can deny its popular support. Since 1998, Bolivarianism won 18 of 19 elections. They’re the world’s most free, open and fair.

They mock America’s sham process. People get the best democracy money can buy. Venezuelans get the real thing.

It shows in imperial ruthlessness. It’s evident in harsh police state crackdowns. Freedoms are eroding in plain sight. Democracy is a figure of speech.

Washington wants its ways force-fed on world governments. It wants them subservient to US interests. It wants planet earth colonized for profit. It wants ordinary people exploited as serfs.

Economist Mark Weisbrot asked “(w)hen is it considered legitimate to try to overthrow a democratically-elected government?” Whenever Washington says so.

It’s longstanding US policy. Strategies include assassinating foreign leaders, toppling them by coup d’etat, or waging aggressive wars to do it.

Rogue states operate this way. America is by far the worst. Previous articles asked if humanity can survive Obama’s final three years in office. It’s very much up for grabs.

On February 18, he headlined an article “For Venezuelan Regime, the Party’s Over.” Wishing won’t make it so. Noreiga was long ago discredited.

Popular support sustains Maduro. Venezuelans cherish Bolivarianism too much. They’ll go all out to preserve it.

It’s too precious to lose. Americans can’t imagine benefits Venezuelans get. They include free healthcare, education to the highest levels, subsidized housing and food, and much more.

Noreiga claims Maduro is “fighting a losing battle for survival.” He claims Chavez’s ” ‘Bolivarian revolution’ will outlive him by about a year.”

Noreiga is a neocon extremist. He lied claiming Maduro “use(d) brute force against peaceful demonstrators.” His “condition is terminal,” he said.

Noreiga saying otherwise doesn’t make it so. Numbers he cites are fake. Truth-telling discredits him.

Lying deceives only himself and uninformed readers. Why they waste time on him, they’ll have to explain.

Venezuela is an emerging economy. America is a declining one.

Based on what evidence he didn’t say. Rank and file military personnel support Bolivarianism. So do middle-ranking officers. Perhaps most higher-ranking ones.

In April 2002, they and people power aborted Washington’s two-day coup. They restored Chavez to office. It was a notable show of support.

He ludicrously claims Cuba runs Venezuela’s government. Throughout Chavez’s tenure, the same nonsensical assertions were made.

They rang hollow earlier. They do so now. So does Noreiga claiming “Maduro’s faltering regime unleashes gangs who empty pistols into peaceful crowds.”

America failed to topple Chavez. It killed him instead. It infected him with incurable cancer-causing substances. It wants Maduro toppled. Maybe it wants him dead.

“The international community can help the Venezuelan people by prosecuting Maduro and the narcomilitares for their crimes and returning their ill-gotten assets to support the reconstruction of a country that has been through hell and back,” he claims.

It’s hard imagining anyone but fools and supportive corporate scoundrels buy his rubbish.

It’s polar opposite reality. Why any publisher features it, they’ll have to explain.