The Degrees of Freemasonry

“Although the brotherhood of Masonry appears to be relatively new, it is in reality the oldest continuous network on the planet, dating back many thousands of years, beginning when stones were first dressed. Masonry today has a generally sinister reputation, because the people suspect that this powerful brotherhood has been manipulating and exploiting them. However, the average Mason has never been ‘in the know’ and is, therefore, merely a member of a social club. Nevertheless, the higher-ups have indeed had their hand in creation on this planet on a large scale for a long time … The Masons are there, perpetually hidden behind the scenes, leaving clues to their existence as a brotherhood, some of which are evident yet still not seen. For example, the biblical Nimrod, the king who built the tower of Babel, is considered the first Mason.”–Acharya S., “The Christ Conspiracy” (238-9) 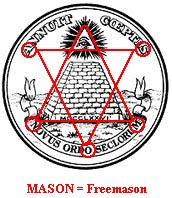 Freemasonry is a secret fraternal order that has existed for hundreds, arguably thousands, of years and is now operating in most every country in the world.Masonry promotes itself as a philanthropic club for men of morals and they perpetuate this image through members of the first three “Blue degrees.” 97% of all Masons fall into this category and they are often upstanding citizens, pillars of the community who truly are charitable and benevolent.However, the higher degrees, the inner-circle of World Freemasonry, use the society’s global influence to advance their control. 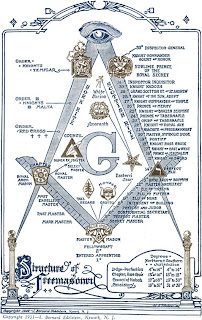 “The ongoing connective tissue between the modern and ancient secret societies has been Freemasonry, which existed as a formidable force long before certain lodges became ‘Illuminized.’During the late Middle Ages when any opposition to the Holy Roman Universal (Catholic) church was forced deep underground, among the only organized groups able to move freely throughout Europe were the guilds of stone masons, who maintained meeting halls or “lodges” in every major city.The masons, who traced their own secret knowledge of architecture and building back to Egypt and beyond, were essential in the construction of Europe’s churches and cathedrals. They were the direct descendants of early guilds of masons which existed both in Egypt and Greece and utilized esoteric construction techniques in their craft. These techniques had been passed down through the sects and mystery schools and some continue to confound modern builders.”–Jim Marrs, Rule by Secrecy (242-3) 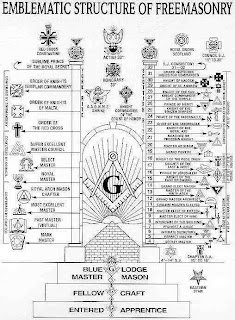 Freemasonry evolved over the last thousand years from the Knights Templar, and before that traces its roots to ancient Egypt, the Egyptian Mystery Religion and Esoteric Schools.Some believe the original Masons were the builders of the Pyramids or that they hold the secrets of those early master Masons. Freemasonry is not, however, merely a builders and stone-workers guild. Right from the first degree initiates take blood-oaths, perform occult rituals, and begin learning about a number of arcane subjects delving deeper as they rise in degrees.Some of the subjects studied/practiced include: Astrology, Consciousness, Magic, Tarot, Kabbalah, the Tree of Life, Sacred Geometry, Divination, Scrying, Theosophy, Numerology, Symbology, Alchemy, Hermeticism, the Chakra system, Auras/Energy bodies, Astral Projection/OBEs, Kundalini Yoga, Geomancy, Masonic/Occult History and Philosophy, Metaphysics, Epistemology, Secret Handshakes and Gestures.

Masons rise in degrees through a process of rituals and initiations.They read books like Machiavelli’s “The Prince” and Albert Pike’s “Morals and Dogma” then write essays detailing whether they agree philosophically with people like Pike, Hegel, Machiavelli and others.These essays are then sent in to the Headquarters of International Freemasonry and reviewed by top-level Masons.If the initiate agrees that the few should control the many, and that secret society rule is virtuous, etc. then he is congratulated and promoted through higher degrees.If the initiate disagrees that the few should control the many, and holds a genuinely moral position, then he is congratulated and promoted within his existing branch, never to rise above the Blue degrees.Every Mason will disagree with this however, because most Blue Lodge Masons genuinely do not know, and high-ranking Masons are sworn to secrecy. 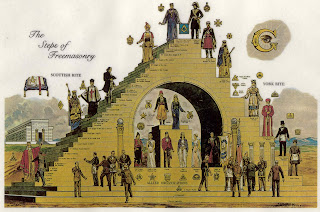 “The Blue Degrees are but the outer court or portico of the Temple.Parts of the symbols are displayed there to the initiate, but he is intentionally misled by false interpretations. It is not intended that he shall understand them, but it is intended that he shall imagine that he understands them. Their true implication is reserved for Adepts, the Princes of Masonry.” –Albert Pike (Sovereign Grand Commander of the Supreme Council of the 33rd degree and Supreme Pontiff of Universal Freemasonry) “Morals and Dogma” 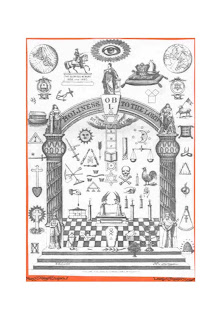 “Freemasonry is a fraternity within a fraternity – an outer organization concealing an inner brotherhood of the elect. … It is necessary to establish the existence of these two separate yet interdependent orders, the one visible and the other invisible.The visible society is a splendid camaraderie of ‘free and accepted’ men enjoined to devote themselves to ethical, educational, fraternal, patriotic, and humanitarian concerns. The invisible society is a secret and most august fraternity whose members are dedicated to the service of a mysterious Arcanum arcandrum [a sacred secret].Those brethren who have essayed to write the history of their craft have not included in their disquisitions [a formal discourse or treatise] the story of that truly secret inner society which is to the body Freemasonic what the heart is to the body human.In each generation only a few are accepted into the inner sanctuary of the work … the great initiate-philosophers of Freemasonry are … masters of that secret doctrine which forms the invisible foundation of every great theological and rational institution.” -33rd Degree Mason Manly P. Hall, “Lectures on Ancient Philosophy” 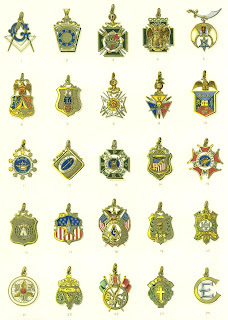 The process from a 1st to 33rd degree Freemason may take 10, 20, 30 or more years but is not based on time.The way initiates rise degrees is through invitation by members of a higher degree.This is the nature of all secret societies; the only way to get ahead is by appeasing those ahead of you.It is through this boot-licking pyramid structure that the few bloodline elite at the top control the many at the bottom.Then by issuing lords, knights, and vassals of various degrees along the way to do their bidding, the royals essentially control all facets of this world-wide Brotherhood.

“The initiated brother realizes that his so-called symbols and rituals are merely blinds, fabricated by the wise to perpetuate ideas incomprehensible to the average individual.He also realizes that few Masons of today know or appreciate the mystic meaning concealed within these rituals.”-33rd degree Mason Manly P. Hall, “The Lost Keys of Freemasonry”

“The invitation-only thirty-third degree … is the highest publicly known degree.The vast majority of members look upon their affiliation with Freemasonry as little different from joining the Lion’s Club, the Optimists, or the chamber of commerce. And from their standpoint, this is true. Even Masonic literature makes clear that only those initiates who progress beyond thirty-third-degree status are educated in the group’s true goals and secrets.This hierarchy is readily admitted by Masonic authors. ‘There has always existed an external, elementary, popular doctrine which has served for the instruction of the masses who are insufficiently prepared for deeper teaching,’ wrote Mason Wilmshurst. ‘There has been an interior, advanced doctrine, a more secret knowledge, which has been reserved for riper minds and into which only proficient and properly prepared candidates, who voluntarily sought to participate in it, were initiated.’”-Jim Marrs, “Rule by Secrecy” (247-8) 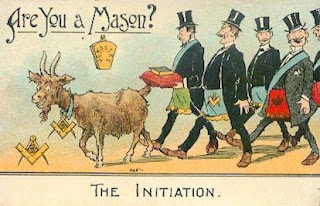 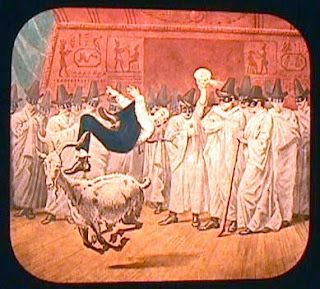