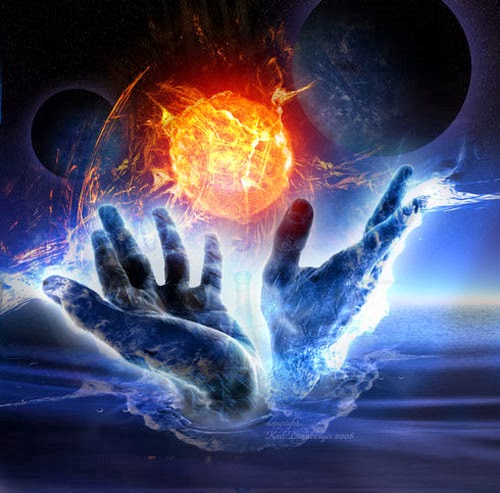 ED Noor: The purpose for my posting this is simply to explain the two methods of education regarding history. As for the conclusions the author draws at the end about the goals of this agenda, they are bland and nondescript. Simplistic and does not touch the true instigators. They do not touch the truth by a long shot for we know who desires power and why; none of us are so naive as to leave it at “power”. That is rather a short shrift answer.
So, dear Reader, that being said, the section on the two types of history as we see it today is quite succinct and worthy of note. I have found these to be of value when discussing the importance of revisionist history upon occasion. 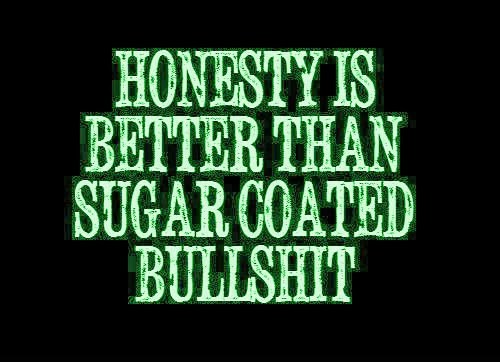 In the catastrophic or accidental view of history we are led to believe that historical events, such as wars and revolutions were the direct result of some sudden or surprising event. While the catastrophic view is accurate for weather, volcanoes and earthquakes, it does not always provide a realistic view of humanity and events influenced by man.

Young, malleable American and other Western minds are sadly taught the Accidental view of history in the government school systems.  This view is reinforced throughout their lives by the controlled mass media.  As a result, when most discover the Conspiratorial View of History, the immediate reaction is shock, disbelief and a refusal to accept something other than they’ve been taught to believe.

Conspiratorial history studies that part of history that is a product of man’s planning. In conspiratorial history we are led to believe that events, such as wars and revolutions, are the result of planned events. While the conspiratorial view is not accurate for weather, volcanoes and earthquakes, it is a realistic and accurate view of the interrelationship of man and nations. Since the planning for most of these events was done in secret, we use the term conspiratorial history. That is; this history is the result of plans constructed in secret, which by definition is a conspiracy.
Interestingly enough, the Conspiratorial View of History is also the Biblical View of History.  Try Psalms 2 for starters.*
We believe that current world events are not simply circumstantial, but the result of an organized campaign by an elite group of unseen and widely unknown world leaders. Their goal is to exercise absolute dictatorial control over the world, to establish a New World Order.

THE CAUSE OF WAR

Wars start when one nation moves into the territory of another; depressions occur when markets take unexpected downturns; inflations occur when prices are driven up by shortages; revolutions start when the people, always spontaneously, rise up to overthrow the existing government.
These are the traditional explanations of historical events. Events happen by accident; there do not seem to be any causes.
But this explanation of history leaves gnawing questions in the minds of serious students. Is it possible that government leaders and others planned these events and then orchestrated them to their desired conclusions? Is it possible that even the great catastrophes of history were part of this plan?
There is an explanation of historical events that answers these questions in the affirmative. It is called the Conspiratorial View of History and it is the alternative to the Accidental View, the view that is commonly held today. It is possible, therefore, to summarize the major events of history into two alternative schools of thought:

THE ACCIDENTAL VIEW OF HISTORY:

Historical events occur by accident, for no apparent reason. Rulers are powerless to intervene.

THE CONSPIRATORIAL VIEW OF HISTORY:

Historical events occur by design for reasons that are not generally made known to the public, but are well known to those in power at the time.
Franklin D. Roosevelt who certainly saw many monumental events occur during his consecutive administrations has been quoted as saying:

“In politics, nothing happens by accident.  If it happens, it was planned that way.”

If harmful events are planned, it follows that the people who were about to suffer through the scheduled event would act to prevent the event from occurring if they knew about it in advance. The people expect government to protect them from harmful events.
But if the events still occur after the government officials had been expected to prevent them, the government officials have failed in their assigned duties. There are only two explanations as to why they failed:
It is difficult for the casual observer to believe that World War 1 and World War 2 could not have been prevented, as humane people of conscience do not allow harmful events to occur.
If a planned and unwanted event is allowed to happen, those who planned the event would have to have acted in secret so as to prevent discovery of their plans by those who would be adversely affected.
Planners working in secret to plan an event that the people do not wish to occur are, by definition, members of a conspiracy. Webster’s defines conspiracy as a “combination of people, working in secret, for an evil or unlawful purpose.”
Not only must the Conspirators work in secret, they must make every effort to ensure that their plans are not made public. The first task of a conspiracy, then, becomes that of convincing the people that the conspiracy itself does not exist.
This makes the task of uncovering the machinations of the conspiracy all the more difficult.

There are three ways of exposing a Conspiracy:

1. One is for any of the participants in the conspiracy to break with it and to expose his or her involvement. This takes an extremely courageous individual, and that type of exposure is indeed rare.
2. The second group of exposers are those who have unknowingly participated in a conspiratorial planning of an event but who didn’t realize it until later. These individuals, and there aren’t many in the history of the world, have also exposed the inner workings of the conspiracy at great peril to themselves.
3. The third method of exposing a conspiracy is for researchers to uncover conspiratorial designs in the events of the past.  If you’re interested in this field of study I’m sure you’ve come across many such sources who expose conspiracies.

It is our belief that a conspiracy does indeed exist, and that it is extremely large, deeply entrenched, and therefore extremely powerful. It is working to achieve absolute and brutal rule over the entire human race by using wars, depressions, inflations and revolutions to further its aims. The Conspiracy’s one unchanging purpose has been to destroy all religion, all existing governments, and all traditional human institutions, and to build a New World Order out of the wreckage they have created.
Notice that if the Conspiracy does exist, it will do everything it can to deny the charges of both those who seek to expose it and those who claim to have been a part of it.

“Three hundred men, all of whom know one another, direct the economic destiny of Europe and choose their successors from among themselves.”  ~ Walter Rathenau, who in 1909 controlled German General Electric.
“Fifty men have run America and that’s a high figure.” ~ Joseph Kennedy, the father of the late president John Kennedy.
“There does exist, and has existed for a generation, an international Anglophile network which operates, to some extent, in the way the radical Right believes the Communists act. In Fact, this network, which we may identify as the Round Table Groups, has no aversion to cooperating with the Communists, or any group, and frequently does so.”
“I know of the operations of this network because I have studied it for twenty years and was permitted for two years, in the early 1960’s, to examine its papers and secret records.” ~ Dr. Carroll Quigley, a professor of History at Georgetown University’s Foreign Service School, author of Tragedy & Hope.

WHAT MOTIVATES THE CONSPIRACY?

The ultimate purpose of this Conspiracy is power. There are some who desire this more than even material goods, although the two frequently go together.

“Rose Kennedy (the wife of Joseph Kennedy) knew that the man she loved loved a power beyond the power of money. He wanted the power of government, and he would have it.” ~ Pearl Buck author of The Kennedy Women.

The Conspiracy, then, needs conspirators, and it is logical to ask why illustrious men of wealth and fortune would join such an enterprise.

“The answer is quite the reverse of the question: These men (involved with the Conspiracy) became illustrious primarily because they were part of the Conspiracy.” ~ Blair Coan, author of The Red Web.

“When a person has all the money he needs, his goal becomes power.” ~ Former Congressman John Schmitz.
“There are two passions which have a powerful influence on the affairs of men. These are… love of power and love of money…. When united… they have the most violent effects.” ~ Benjamin Franklin

However, power itself has a corrupting influence on those who seek it.  In an oft-quoted truth, Lord Acton explained power thus:

Those who seek power will be corrupted by it. They will be willing to intentionally cause depressions, revolutions, and wars in order to further their desire for more power. This corrupting nature of the very pursuit of power explains why the moral mind of the individual who neither desires power over others nor understands the desire for such power cannot fathom why power-seekers would want to create human misery through wars, depressions, and revolutions.
In other words, the conspirators are successful because the moral citizen (you and I) cannot accept the conclusion that other individuals would actually wish to create incredibly destructive acts against their fellow citizens.
Another power seeker, the Russian anarchist Bakunin, explained that this process of corruption even affected those dedicated to freedom who were given power to protect the powerless. He wrote that “… the possession of power transformed into a tyrant even the most devoted friend of liberty.”

“Power is the end. What other delight is there but to enjoy the sheer sense of control? Let me see any other motive in the people who command.” ~ Richard J. Whalen, author of The Founding Father, speaking of Joseph Kennedy.

So the motive of the Conspirators has been identified:  It is Power!
With thanks to Ralph Epperson, author of The Unseen Hand, An Introduction to the Conspiratorial View of History.
* Psalm 2
1 Why do the nations conspire and the peoples plot in vain?
2 The kings of the earth take their stand and the rulers gather together against the LORD and against his Anointed One.
3 “Let us break their chains,” they say, “and throw off their fetters.”
Bookmark the permalink.