Cultivating Consciousness in an Unconscious World 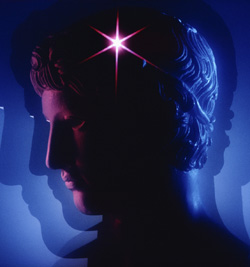 Politicians constantly evade the truth. Why can they get away with it? According to a recent study conducted at Harvard University, it’s because people have such terrible attention spans.

Behavioural scientist Todd Rogers of the Harvard Kennedy School and Michael I. Norton of the Harvard Business School conducted a simple experiment to see when and whether people can detect a dodge. They recorded a speaker answering a question about universal health care (a controversial issue in the US). Then they attached the same answer to three separate questions: the original question about health care, one on illegal drug use, and a third about terrorism. Amazingly, subjects found the speaker just as trustworthy when he gave the response about health care to a question about illegal drug use – a related but different subject – as when he responded to the original question about health care. Moreover, when quizzed immediately afterward, almost none of the subjects could remember exactly what question had been asked.

Part of the reason for these findings, Rogers believes, is simply that humans have poor attention spans. Poor attention is “universal to all animals that we managed to study,” says Rogers. “Though we don’t realise it, we go through our lives detecting just the gist of what’s going on. Even if we wanted to pay attention to each answer, we would have a limited capacity” to do so. Another, related reason is that when people are listening to a speaker, they are taking in nonverbal signals such as body language, facial expressions, and likability. In short, even when doing something as simple as listening to a speaker, the audience is overwhelmed by information, enabling politicians to dodge answers without appearing to.

These findings have more than a theoretical importance. Faced with economic and social crisis, and haunted by the spectre of global conflict, famine, and environmental collapse, people are demanding change. At the same time, however, there is a widespread suspicion of all political and economic ideologies. World civilisation at this point is like a sick man who shifts restlessly in bed, unable to find a comfortable position. It may be that what is needed is not a change in ideologies, but a change in consciousness.

The problem goes deeper than merely detecting whether a politician has answered a question or not. Many of the world’s great spiritual traditions frequently tell us that we live in illusion. The twentieth-century spiritual teacher G.I. Gurdjieff said, “A modern man lives in sleep, in sleep he is born and in sleep he dies.” The contemporary Tibetan lama Tarthang Tulku writes, “Because our powers of self-observation are usually not well developed, we are often blind to our suffering.” Could they be saying that it’s our poor capacity for attention that is keeping us in cognitive bondage?

For Tarthang Tulku, the answer lies along a slightly different route. He believes that our failure of attention has to do with a deep-seated fear of discomfort. Our suffering goes on under the surface, and we refuse to touch it out of avoidance of the emotional pain that it would bring. One alternative that he recommends is not only to touch the pain, but to explore it – to feel it as fully as possible. “Whenever we are caught in a physical or mental conflict, we can focus on it, heat it up, go into the centre of it,” he says. Going directly into psychological pain in this way will often transform it into a new, dynamic, and more creative energy.

There are many other approaches, but the point is the same: to sharpen and focus a capacity for attention does not forget what question was asked, that does not go out the window. In this the seed of will is sown. The British occultist Charles R. Tetworth writes about the training of a magician:

While some of this passage may have little bearing on us – not many people will be able to hold an image in their minds for a solid hour – it provides some genuine, and important, guidelines for living in the midst of today’s turmoils. The key practice is – however you manage to do it – to cultivate a centre of attention in yourself. You can do this right now, by closing your eyes and sitting attentively for a few minutes. At first you let your attention go to your bodily sensations, however they present themselves: sensations of the feet on the floor, your back against the chair, and so on. Then you let your attention go to the flow of thoughts, images, and emotions that pass before the mind’s eye. You will soon realise that you can watch these thoughts come into awareness like images on a screen, and pass away again just as readily.

The question then becomes, who exactly is doing the watching? It is not the body; the body is part of what is being observed. Nor is it the stream of thoughts that flow across the screen of the mind. You will rapidly find that you can observe them as from a distance. And if there is some distance, however slight, between you and thoughts, this immediately proves that the thoughts are not you.

This realisation is one of the principal goals of meditation. It will enable you, to use Tetworth’s words, “to keep contact with what is real” within you, even in the sorrows and disturbances of life. It will also free you from enslavements to such things as opinions, the current fashions of belief, and, what is perhaps most important, the subtle but debilitating attachment to your self-concept as a “good person.” If you pursue the inquiry of self-observation far enough, you will find that these opinions and self-concepts are merely what you have absorbed from the media, from advertising, from your family, from your friends. You will also discover that you have encompassed yourself in a circle. You read opinions that already mirror your own. You listen to “experts” who merely confirm what you believe already. You support politicians who appeal to your own fears and delusions.

I do not pretend that the exercises I have sketched out in this article are a panacea. Nor are they easy, and it will generally take a great deal of patience and effort to apply them in any but the most basic way. And you will notice that in and of themselves they do not present any brilliant solutions to the world’s multifold problems. But if you apply them, you will be a more conscious being, and you will be more free of the delusions and anxieties that press so heavily on the human race.

What comes next? A long work, in which you begin to become aware of your own special function – that is, the role that you can play to help the world most effectively. It may or may not mean embracing a cause or political program. Instead it may, for example, involve working quietly as a light shining in the dark corridors of an apparently soulless corporation. It does not matter: that is your work. As you move deeper into your reaches that some teachings call the Self or the “true I,” the more this function will come into focus for you, and you will be able to become a powerful force for change rather than a weak, worried, and anxious consumer.

RICHARD SMOLEY has over thirty years of experience of studying and practicing esoteric spirituality. He is also the author of Inner Christianity: A Guide to the Esoteric Tradition; Conscious Love: Insights from Mystical Christianity; The Essential Nostradamus; Forbidden Faith: The Secret History of Gnosticism and The Dice Game of Shiva: How Consciousness Creates the Universe. Smoley is the former editor of Gnosis: A Journal of the Western Inner Traditions. Currently he is editor of Quest: Journal of the Theosophical Society in America and of Quest Books.

Read this article and much more by downloading
your copy of New Dawn 132 (PDF version) for only US$2.95