On Monday, Putin endorsed Crimean independence. He signed a decree affirming it.

He did it in the Kremlin’s Yekaterininsky Hall. Federation Council and State Duma members attended the signing.

It recognizes Sevastopol as a city with “special autonomous status.” It’s within the Republic of Crimea.

“Starting from this date, self-proclaimed Republic of Crimea is considered annexed to RF (Russian Federation).”

“We have achieved it ourselves. I would like to thank you for backing us up in the most difficult moment,” he said.

“Thanks to you, we have obtained confidence and courage. I would like to thank Russian President Vladimir Putin and all Russians who stood by our side backing us up morally and physically when we needed that.”

“I am sure that we are going to live in a new country, a country in which our fathers and forefathers wanted to live and of which they dreamed. We have deserved that.”

A reunification treaty memo says it’s “based on the free and voluntary expression of will of the Crimean people at an all-Crimea referendum held in the Autonomous Republic of Crimea and the city of Sevastopol on March 16, 2014, during which the Crimean people decided to reunite with Russia.”

Crimeans are now Russian citizens. Those wishing to retain Ukrainian citizenship have one month to decide.

“The work to draft the Constitution of the Republic of Crimea, I hope, will end within two weeks.”

“Specialists from the Russian Federation will be employed, and I am convinced we will soon approve a draft Constitution.”

A new political structure will be formed, he added. All Russian political parties will be represented.

Possible economic and financial sanctions may follow. They cut both ways. They’re madness if imposed. They’ll harm EU nations as much as Russia.

He urged “returning to the pragmatic ground of cooperation to meet interests of our countries.”

“At the same time, it is clear that the Russian side reserves the right to give an adequate response to the taken action,” he added.

George Soros is a billionaire speculator con man. He’s a new world order predator. He profits from human misery. He was once quoted saying:

“As a market participant, I don’t need to be concerned with the consequences of my actions.”

Millions he’s harmed say otherwise. He wants Moscow punished. He wants to Washington to crash the oil market. He claims doing so will hurt Russia’s economy.

He urges dumping US strategic oil reserves in the market. He wants crude oil sold at depressed prices. His proposed scheme is hairbrained.

Less than 700 million barrels in US reserves amount to less than nine days of production. They’re inconsequential.

It’ll trade oil and gas in other currencies. It’ll reduce dollar demand outside America. More on this below.

St. Andrew’s naval flags were raised on 54 out of 67 Ukrainian vessels. They include eight warships and one submarine.

Ukrainian troops have a choice. They can leave Crimea, serve in its military, or end service and remain. On Saturday, Moscow’s Defense Ministry said:

“As of March 21, less than 2,000 out of 18,000 Ukrainian servicemen staying on the territory of Crimea decided to go to Ukraine,” reported Voice of Russia.

Those remaining will get transport help to relocate their families and belongings.

“Our city has been Russian and will remain such albeit within Ukraine. We are ready to live in a single country but on our terms.”

Demonstrators chanted pro-Russian slogans. They presented a letter to Putin at Russia’s consulate. It requested he “guarantee their rights and freedoms.”

They asked him to send Russian peacekeepers. They fear for their property and lives.

They urged he pass on their demands for a federalization referendum. They plan one for April 27.

They want its decisions annulled. They want a new coalition government.They want one serving their interests. They want Yanukovych’s February 21 agreement honored.

They made other legitimate demands. They want “people’s governor” Pavel Gubarev freed. On March 1, demonstrators appointed him.

On March 6, he was arrested on charges of violating Ukraine’s territorial integrity, takeover of power, and seizing government buildings.

Thousands of Lugansk anti-coup activists conducted a public poll. They handed out “ballot papers” for a regional “people’s referendum.”

Thousands of Odessan residents want their own. They shouted “Ukraine and Russia – one country” and “Odessa be bold. Drive the fascists out.”

“Odessa is against the coup in Kiev, paid for by the West and Ukrainian oligarchs who remained in power with the help deceitful extremists and militants.”

“We are tired of living in poverty, and we are no longer going to tolerate the tyranny of oligarchs and officials.”

Over 5,000 Nikolayev residents rallied. They expressed support for Crimea. They want a “public referendum,” they said. They want one with two yes or no questions, asking:

“Do you support a federal system of Ukraine,” and

“Do you support the creation of a federal district Novorossia within Ukraine, including the Nikolayev, Odessa and Kherson regions?”

They rule by intimidation. They ignore rule of law principles. They eliminated political opposition. They banned dissenting information and opinions.

Illegitimate officials were appointed. They rule extrajudicially. Expect Ukrainians to awaken to what happened.

If Washington and EU partners intended greater Sino/Russian unity, “one (nation) a natural resource…superpower and the other a fixed capital/labor output…powerhouse, in the process marginalizing the dollar and encouraging Ruble and Renminbi bilateral trade, then things are surely ‘going according to plan.’ ”

Strong Moscow/Beijing unity against Western imperialism is their best defense. Western nations have a tiger by the tail. Controlling Ukrainian fascists won’t be easy.

At the same time, European countries are “scrambling to find alternative sources of energy should Gazprom pull the plug on natgas exports…”

Around 40% higher Ukrainian gas prices perhaps suggests what awaits them. According to Zero Hedge:

“Russia is preparing the announcement of the ‘Holy Grail’ energy deal with none other than China, a move which would send geopolitical shockwaves around the world and bind the two nations in a commodity-backed axis.”

“The underlying message from the head of Russia’s biggest oil company, Rosneft, was clear: If Europe and the United States isolate Russia, Moscow will look East for new business, energy deals, military contracts and political alliances.”

“The Holy Grail for Moscow is a natural gas supply deal with China that is apparently now close after years of negotiations.”

“If it can be signed when Putin visits China in May, he will be able to hold it up to show that global power has shifted eastwards and he does not need the West.”

“State-owned Russian gas firm Gazprom hopes to pump 38 billion cubic meters (bcm) of natural gas per year to China from 2018 via the first pipeline between the world’s largest producer of conventional gas to the largest consumer.”

” ‘May is in our plans,’ a Gazprom spokesman said, when asked about the timing of an agreement. A company source said: ‘It would be logical to expect the deal during Putin’s visit to China.’ ”

“The worse Russia’s relations are with the West, the closer Russia will want to be to China.”

According to China expert Vaxily Kashin: “If China supports you, no one can say you’re isolated.”

Bilateral Ruble or Renminbi trade weakens dollar strength. If India, Iran, Iraq, and growing numbers of other countries follow suit in their own currencies, “wave goodbye to the petrodollar.”

Trade in other areas could increase. China is the world’s second largest economy. Its needs are huge. Both nations stand to gain from closer economic, political and military ties.

Together they’re a powerful counterweight to Western economic and political influence. It’s one to be reckoned with.

It promises to grow stronger. I’ll do so while US influence wanes. Perhaps its go-along EU partners at the same time. 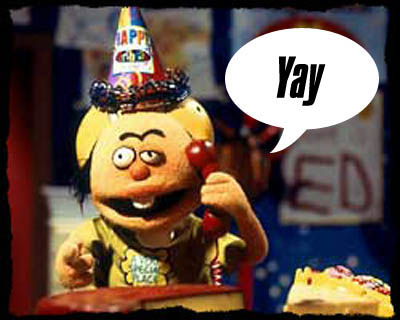 India is an important Russian trading partner. According to The Hindu publisher N. Ram, “Russia has legitimate interests in Crimea.” India’s government feels the same way.