The alternative media is having a dramatic impact on the worldview of the country, so much so, that the US Senate is legislating against the only objective media left in the country.

It is a well known fact that Senator Diane Feinstein wants your guns and now she wants control over your words. Feinstein believes that a proposed media shield law should be applied only to those she refers to as  “real reporters.” Feinstein chastises other reporters as being “basement-dwelling, pajama-clad bloggers with no professional credentials”

At issue is that the government could soon decide who is a journalist and who is not. Feinstein introduced an amendment, to Senate bill 558, that defines a “covered journalist” as someone who gathers and reports news for “an entity or service that disseminates news and information.” The definition includes freelancers, part-timers and student journalists, and it permits a judge to go further and extend the protections to any “legitimate news-gathering activities.” In the definition introduced in Feinstein’s amendment, somebody writing for a small town paper with a circulation of 30 would receive First Amendment protections, but Steve Quayle, John Stadtmiller, Jeff Rense, Michael Edwards, Alex Jones, George Noory and Matt Drudge would not be considered journalists and therefore, the First Amendment would not apply to this group of aforementioned newsmen. With the passage of this amendment, our sources would not be privileged and many of our sources would dry up. But Wolf Blitzer and Anderson Cooper can take bribes from the CIA to not cover certain stories, yet Feinstein thinks they deserve protection as authentic journalists. Award winning journalist, Amber Lyon, quit CNN because of the CIA and CNN’s complicity in obfuscating the truth from the American people, for a price. Obviously, journalistic integrity means nothing to someone like Feinstein. 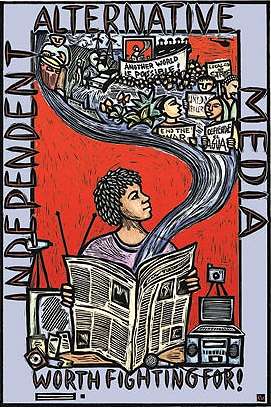 This is the same Feinstein who In 2009, introduced legislation which directed $25 billion in “taxpayer money to a government agency that had just awarded her husband’s real estate firm a lucrative contract to sell foreclosed properties at compensation rates higher than the industry standards. Feinstein was a member of the Military Construction Veterans Affairs and Related Agencies Subcommittee (MILCON) from 2001 to 2005. During her tenure, Feinstein voted for appropriations worth billions of dollars to her husband’s firms URS Corp. and Perini Corp. Feinstein’s personal wealth accumulation since becoming a senator has grown to nearly $200 million. Feinstein has never held a job outside of public service. I am having trouble understanding how a public servant can accumulate a fortune of this magnitude.

CNN’s ratings are in the toilet. The network used to get 6-10 million viewers for their primetime shows, now they get less than 500,000. Feinstein is carrying the water for the corporate controlled media and trying to eliminate the competition as much as possible. And of course, CNN would never reveal Feinstein’s dirty little secrets in exchange for her help.