So, how else do you say it? Do you know what I mean? Some specialists are saying we are seeing a drastic decrease and the calculations aren’t looking positive but predictions instead are very negative.

Peaked your interest? Well, here it is in a nutshell!

24 Therefore shall a man leave his father and his mother, and shall cleave unto his wife: and they shall be one flesh.

Come together as one. This has it’s purpose for more than just sexual intercourse. But, I must impress upon you that intimacy is very important in a relationship. The pleasure of sexual intimacy along with a close emotional connection is a huge part of marriage.

Remember the days when you once heard of “pledge” rings? Such sweet personal convictions went along with this covenant. It meant that you pledge your life to another, and that at no time were you to engage in sexual contact with your loved one (or anyone else for that matter) until you married one another.

1 My son, attend unto my wisdom, and bow thine ear to my understanding:

2 That thou mayest regard discretion, and that thy lips may keep knowledge.

3 For the lips of a strange woman drop as an honeycomb, and her mouth is smoother than oil:

4 But her end is bitter as wormwood, sharp as a two-edged sword.

5 Her feet go down to death; her steps take hold on hell.

6 Lest thou shouldest ponder the path of life, her ways are moveable, that thou canst not know them.

7 Hear me now therefore, O ye children, and depart not from the words of my mouth.

8 Remove thy way far from her, and come not nigh the door of her house:

9 Lest thou give thine honour unto others, and thy years unto the cruel:

10 Lest strangers be filled with thy wealth; and thy labours be in the house of a stranger;

11 And thou mourn at the last, when thy flesh and thy body are consumed,

12 And say, How have I hated instruction, and my heart despised reproof;

13 And have not obeyed the voice of my teachers, nor inclined mine ear to them that instructed me!

14 I was almost in all evil in the midst of the congregation and assembly.

16 Let thy fountains be dispersed abroad, and rivers of waters in the streets.

17 Let them be only thine own, and not strangers’ with thee.

18 Let thy fountain be blessed: and rejoice with the wife of thy youth.

19 Let her be as the loving hind and pleasant roe; let her breasts satisfy thee at all times; and be thou ravished always with her love.

20 And why wilt thou, my son, be ravished with a strange woman, and embrace the bosom of a stranger?

21 For the ways of man are before the eyes of the Lord, and he pondereth all his goings.

This tells us that a loving marriage is between TWO people. Man and woman. And a man is to be satisfied with only her, and her to him.

Drink water out of thy own cistern, and running waters out of thine own well. We are NOT meant to stray out of our marriage. Cleaving only to one another through the good times and hard. 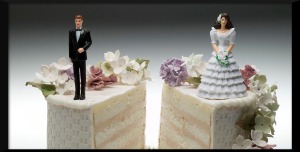 David Spiegelhalter, is a published author, “Sex By Numbers” statistician, and professor who’s statistics are proving that sexual contact is on the downfall. He’s collected survey’s of sexual attitudes consisting of more than 16,000 sex histories since 1953!

Let’s begin with the British! They admit that overall they are having sex less often than they used to. The steady decline in the median frequency among those aged 16-44 is four weeks. It’s five times in 1990, four in 2000 and three in 2010. For both sexes. 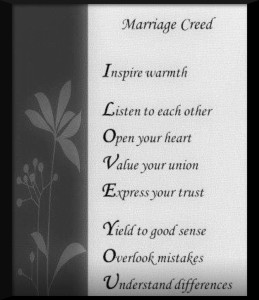 Excuses range from “knackered”, “kids”, “sick”, and the range of topics for other reasons include self-gratification, and the really sad statistic is that “in Britain now, 99.9 per cent of sex does not lead to a pregnancy”.

This is statistics for Britain, and they haven’t even begun on the USA. He’s saying that after various studies, the corroborate the thesis that the frequency of sexual activity has decreased in the UK, Japan, and Sweden. Activity has decreased at least by 40%, according to a recent study from the University of San Diego published in the Archives of Sexual Behavior. 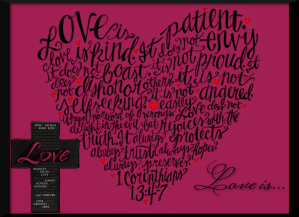 So, that pledge ring?
“Throughout, Spiegelhalter’s writing is erudite but witty, honest and personal. And the wonderful footnotes alone are worth the cover price. Under an analysis of the “pledge” rings worn by young American Christians who have vowed to abstain from sex before marriage, a footnote observes simply: “Miley Cyrus used to wear such a ring, but it has not been in evidence in her recent videos.””

But, those of you who do your research into Hollywood know for a fact that it changes you! Hollywood is full of predators and pedophiles!! If you follow a young person’s career, then you will notice changes…at first slight changes and then drastic ones. It’s so sad to see an innocent child escalate into a raving mad person. I say that with all due respect because they don’t realize what’s happening. This mind control business is serious with serious implications. It’s impact on a person results in splitting of one’s personality. 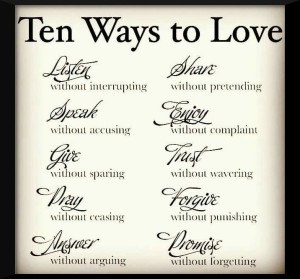 Where and when did this all begin? Crazy enough…in the Garden of Eden. You see, Lucifer applied his deceiving traits upon Eve from the very beginning, driving a wedge between Adam and her. The serpent which Genesis 2 speaks of is the original shape-shifter. Lucifer. He beguiled Eve, meaning he tricked her into sexual intercourse. Conceiving two children by two fathers. No, this is real. Superfecundation. A fertilization of two or more ova from the same cycle by sperm from separate acts of sexual intercourse, which leads to twin babies from two separate biological fathers. This act produced Cain and Abel. Cain of Lucifer and Abel from Adam.

Next, convincing her that she can become a god was the beginning of a huge connection that we see taking place right now!

3 But of the fruit of the tree which is in the midst of the garden, God hath said, Ye shall not eat of it, neither shall ye touch it, lest ye die.

4 And the serpent said unto the woman, Ye shall not surely die:

5 For God doth know that in the day ye eat thereof, then your eyes shall be opened, and ye shall be as gods, knowing good and evil.

Moving forward we see that TRANSHUMANISM is a key factor in today’s society functioning as a movement that will interface man with machine. This allows man’s consciousness to be interfaced with a machine by injecting it into the artificial intelligence.

How does this connect to sex? Or the sexual act of intercourse? Think about it for a minute! Robots/AI cannot have sex, at this point in time but they will be because this again takes away from the HOLY union of marriage. Nor will they be programmed to have babies.

Holy marriage is ordained by GOD. Disrupting this union by any means is a sin.

So what are the things that this world has that can break this bond? Of course this is a very short list! But enough to convince someone that this is a huge plan against GOD and HIS creation.

Alcohol (Spirits)-did you know alcohol is produced originally by witchcraft? There’s a reason it was called “spirits” long ago, and sometimes still is. Alcohol is produced by fermenting some form of sugary brew into ethanol and CO2. Distillation is a form of alchemy. Alchemy is witchcraft. There’s a reason why alcohol (spirits) make people angry and abusive! Familiar spirits are demonic and they love when you consume these drinks because it lessens your inhibition, it increases emotions such as anger…and the list goes on and on.

Prescription medication is also produced from alchemy measures and this has a major impact on sexual activity and pregnancy stats. 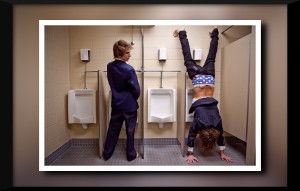 Pornography/Prostitution-is two other avenues which Satan uses to steer people away from being pure/innocent in their commitments to one another.

Technology-is certainly addictive. It can use up time like nothing else! In the old days people looked to the stars in curiosity and now they look down…at tech-gagets of one kind or another.

On a side note: Cloning is something that technology has brought forward and has been used by the elite for decades. It’s rampant in Hollywood and all around the world.

Computers are being possessed by spirits, and even more…this new type of computer is more along the lines of a Ouija Board! They even admit it!! D-WAVE computers are communication tools for these people to contact spirits who fed them even more technology. It’s been going on for decades now.

Transhumanism-is horrific! It’s definitely designed by Satan…no doubt about it. Uploading our consciousness into AI bio-machinery has been going on for some time now! The public is slowly being fed information so they will accept it. The elite want to live forever and Satan has convinced them that they can become their own gods….sound familiar?

So, do you see how all these subjects feed right back into the original subject? Sex! Right now these people in these fields are developing robots that can have sex. This is horrific. These robots are possessed with spirits that convince people they don’t need human contact.

At this point you may be asking yourself…how in the world does this fit into spiritual warfare? It does! Believe me. We are in a war. A war for our body and soul.

One must understand the marriage is a HOLY UNION. Between man and woman. And it must stay that way or else the dynamics change…and herein lies the details of which Satan uses to trick mankind.

Intimacy is very serious stuff, folks! It’s so vital to a marriage. It provides the contact needed to stay close. Marriage is very important to GOD and therefore should be important to humanity as a whole. If we don’t have marriage, and we don’t have intimacy…then we as a human force are doomed. No sexual contact means no children, unless you are thinking of test-tube babies, etc…then your speaking of soul-less humans! Cloning? Soul-less humans. Again, we must understand the goal here…Satan is trying his best to wipe out humanity and he’s doing a good job at it!