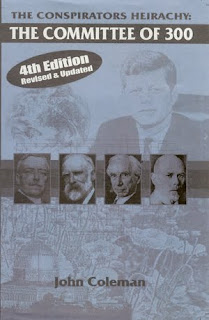 “Three hundred men, all of whom know one another, direct the economic destiny of Europe and choose their successors from among themselves.”-Walter Rathenau of General Electric, 1909 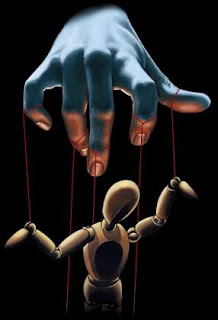 “There is no need to use ‘they’ or ‘the enemy’ except as shorthand. We know who ‘they,’ the enemy, is. The Committee of 300 with its Eastern Liberal Establishment ‘aristocracy,’ its banks, insurance companies, giant corporations, foundations, communications networks, presided over by a hierarchy of conspirators – this is the enemy.”-John Coleman, “Conspirators Hierarchy”

Dr. John Coleman was an MI6 British Intelligence agent who has published 12 books exposing the New World Order, focusing specifically on the Committee of 300.He currently publishes the World in Review magazine.In his book, “Conspirators’ Hierarchy: The Story of the Committee of 300,” Dr. Coleman explains the methods and mechanisms used by the elite to control and socially engineer populations. 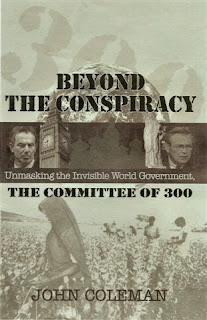 “The Committee of 300 is the ultimate secret society made up of an untouchable ruling class, which includes the Queen of England, the Queen of the Netherlands, the Queen of Denmark and the royal families of Europe. These aristocrats decided at the death of Queen Victoria, the matriarch of the Venetian Black Guelphs that, in order to gain world-wide control, it would be necessary for its aristocratic members to ‘go into business’ with the non-aristocratic but extremely powerful leaders of corporate business on a global scale, and so the doors to ultimate power were opened to what the Queen of England likes to refer to as ‘the commoners.’”-John Coleman, “Conspirators’ Hierarchy”

“In the Committee of 300, which has a 150-year history, we have some of the most brilliant intellects assembled to form a completely totalitarian, absolutely controlled ‘new’ society only it isn’t new, having drawn most of its ideas from the Clubs of Cultus Diabolicus. It strives toward a One World Government rather well described by one of its late members, H. G. Wells, in his work commissioned by the Committee which Wells boldly called: ‘The Open Conspiracy: Blue Prints for a World Revolution.’”-John Coleman, “Conspirators’ Hierarchy”

Authors such as H.G. Wells and Aldous Huxley were not speculating or warning of the future societies they wrote about.In fact they were often commissioned to write such “predictive programming” books based on the Committee’s actual plans.People read something like “A Brave New World” and create an imaginary science-fiction rift between their present reality and what seems like a possible future.Meanwhile, the royals, the Committee of 300, the elite pushers and movers incrementally implement measures toward those very controlled sci-fi societies.Aurelio Peccei, Club of Rome founder and Committee of 300 member, in his book “The Chasm Ahead” writes about the Committee of 300’s plans to “tame” the common man whom he refers to as “The Enemy.”

“Why should I concern myself with how many die?Even the Christian Bible says what is man that God should be mindful of him? For me men are nothing but a brain at one end and a shit factory at the other.”-Aurellio Peccei

“In the case of John F. Kennedy, the assassination was carried out with great attendant publicity and with the utmost brutality to serve as a warning to world leaders not to get out of line. Pope John Paul I was quietly murdered because he was getting close to the Committee of 300 through Freemasons in the Vatican hierarchy. His successor, Pope John Paul II, was publicly humiliated as a warning to cease and desist—which he has done.As we shall see, certain Vatican leaders are today seated on the Committee of 300.”-John Coleman, Conspirators’ Hierarchy