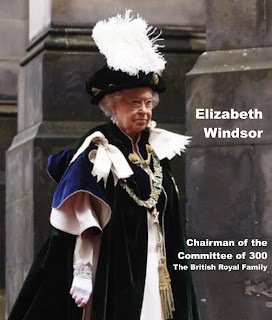 The Committee of 300 is a product of the British East India Company’s Council of 300.  The East India Company was chartered by the British royal family in 1600.  It made vast fortunes in the opium drug trade with China and became the largest company on earth in its time.
Today, through many powerful alliances, the Committee of 300 rules the world and is the driving force behind the criminal agenda to create a “New World Order”, under a “Totalitarian Global Government”.
There is no need to use “they” or “the enemy” except as shorthand.  We know who “they”, the enemy, is.  The Committee of 300 with its “aristocracy”, its ownership of the U.S. Federal Reserve banking system, insurance companies, giant corporations, foundations, communications networks, presided over by a hierarchy of conspirators ~ this is the enemy.
Secret societies exist by deception.
Each is a hierarchy with an inner circle at the top, who deceives those below with lies, such as claiming a noble agenda; thus, duping them into following a web of compartmentalized complicity.
The inner circle of the Committee of 300 is the Order of the Garter, headed by Queen Elizabeth Windsor II.

THE COMMITTEE OF 300: A BRIEF HISTORY OF WORLD POWER

HEIRARCHY CHART OF COMMITTEE OF 300

21 GOALS OF THE ILLUMINATI AND COMMITTEE OF 300

Here is the list of the Committee of 300 with wiki links. (net worths are estimated and are the Wikipedia figures, conspirator details are not implied to be exhaustive ~ please add to it ~  and in most cases includes only the information found in the Wikipedia link provided for most names, List includes 5 deceased, Sultan of Brunei listed twice so missing 1 member plus changes since 2010) The preponderance of Jewish members is obvious without digging into the lineages of those who do not carry a Jewish name. Just another observation: Quite a few of these names might ring a bell if you have done much investigation into the horrors of pedophilia among the Elite.
Truly this is a criminal gang of shifty characters if the old adage of “birds of a feather flock together” is true. 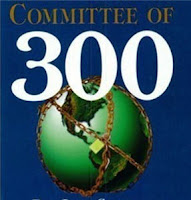 The ADMITTED “nations” of the British Commonwealth (ALL “former” colonies”):

USA?
Israel?
EU?
How many more?