The BBC sure is quick to expose everyone else’s scandal but when it comes to the BBC taking a look at themselves, like why are child rapist working in high level positions at the BBC, all one hears are crickets.
I do have a problem with The Church of Scientology when it comes to some of their actions.  But I do not have an issue with L Ron Hubbard because I know that what L Ron Hubbard said, on 90% of issues, were all pretty much correct & truthful.
Every time that I even write the words Church of Scientology, I get Scientologist from Hollywood, magically walking behind me, when I go running through Hollywood Hills or on a hiking trail.
I like L Ron Hubbard because I know where he got his info and I know what he was trying to do.
O.K. an E-Meter cost Scientology $40.00 to make and they sell it for $4000.00 but one could also argue that a CD is made from recycled junk, cost less than 1 Cent to produce but the music labels used to sell CD’s for $20.00 a pop!  That was a crack habit!
The reason why the music industry has vanished is because greedy music labels tried to rip off 10 year old girls by pushing a product that was simply too expensive.
So, capitalism cuts both ways and lord knows that Black Protestant Churches in the poorest parts of the U.S., have credit card vending machines and ATM’s in their lobbies, so that poor blacks hand over 10% to 15% of their minimum wage check every Sunday or else they will burn in hell according to Hollywood Protestant Minister, TD Jakes!
John Sweeney is talking about some “alien base” built by Scientology back in the 1980′s, in the state of New Mexico.  John Sweeney is saying that this base was built for aliens.
Well, being a former US Marine with classified access in the 1990′s, I can say that EVERY government, US Pentagon and US Military under-ground base (which there are tons, including under the city of Los Angeles) was built under the guise of “aliens”. 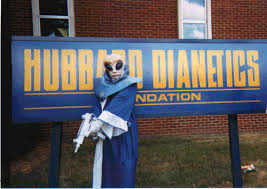 In fact, one could not build an under ground base (not even the US Government) in America, without using the CIA’s Alien Narrative, as a way to fool the public.
Did L Ron Hubbard believe in aliens? No.
L Ron Hubbard and Scientology along with many government installations, could not obtain permission to build any substantial under-ground nuclear bunker or city system, unless one hid it from the public with an “alien front”.
Where did L Ron Hubbard get his alien or unwanted thetan (an alien entity that attaches itself to a living human & causes depression) narrative from?  From the top levels of the US Government. 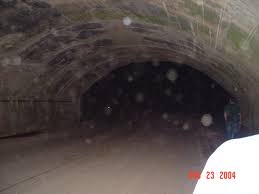 Even when I was in the US Marine Corp, I went through files of high level government studies, where people were falling under severe depression or even possession, which was so bad that some Marines had to be removed from active duty and placed into a holding area.  When regular drugs and medicines failed to improve their conditions, these Marines were sent away to US Pentagon Bases. (This is top secret shit)
Some of these Marines were sent off to be studied by Government Para-Normal Scientist at the US Pentagon, and when these Marines, that appeared to be suffering from possession, were examined, sometimes for years, with very sensitive equipment, one could actually see little orbs or lights of foreign conscience that entered the heads of these Marines.
In fact, there was one guy in my barracks, that would take a knife and carve up the center of his hand, to the point that he had an open sore, which would not heal.  This guy would stay up all night and talk to his hand and didn’t appear normal until the following morning, when we had formation.
I knew this guy and found out his entire life story.  He happened to be one of the guys that were sent off to get studied and since I knew him, I always managed to track his files & even read them.
His files showed that foreign orbs of conscience (3 of them) would circle him every night and then enter his head, which brought on a possession. And this is what L Ron Hubbard calls “Thetans”.  The Goverment & military knows what a soul looks like.
Basically what L Ron Hubbard did, was use the cover of a “Xenu Alien God” to mask, high level data, that the US Military has confirmed to be real, has documented and studied for decades.
L Ron Hubbard knew exactly what he was talking about but back in the 60′s, 70′s, 80′s and even today, no one can put this data out to the public unless one wraps it up in “aliens”.
The US Government would rather us talk about aliens, than to talk about Lucifer or demons.
Now does Tom Cruise know all of this data?  Likely not.  Most Scientologist, at the highest levels, have no idea on who L Ron Hubbard really was nor do they know  how L Ron Hubbard got his info.

This is exactly why the US Pentagon & US Marine Corp are demanding major edits to my book on the Hollywood Illuminati & it is to the point that if I do it, the way that they want me to do it, then I would be no better than a fraud like David Icke and simply have yet another dumb book on aliens and lizards from out of space.
In conclusion I would like to see John Sweeney attempt to get permission to build a massive under-ground bunker, back in the 1980′s, and do it without using the “alien cover”.  It just couldn’t be done back them.  Everything that the government did in secret, was covered up with the reptilian or alien lie
Bookmark the permalink.