Read more on this subject: WAR: About that War Feature Article by Stephen LendmanNATO’s Rape of Yugoslavia
by Stephen Lendman
March 24, 1999 will go down in history as a day of infamy. US-led NATO raped Yugoslavia. Doing so was its second major combat … Continue reading →

Without a doubt, Stanley Kubrick’s film, ‘The Shi […] Continue reading →

(left, Skull & Bones’ John Kerry, the ghoulish face of modern Satanism) Hopefully calmer heads will prevail.But if they don’t, let’s be clearthat the usual suspects are responsible for the crisis in Ukraine and its consequences. by Henry Makow Ph.D… Continue reading → 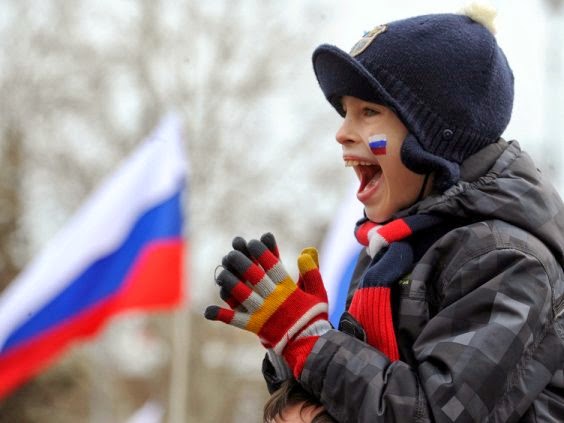 Meanwhile America makes her usual threats on behalf of her masters. Can someone tell me just what the REAL difference between a “sanction” and boycott are? Don’t both, in the long run, kill civilians by deprivation?
This from Canada’s Zionist mouthpiece, The National Post:
U.S. expected to tighten sanctions against Russia after Crimea votes to separate from Ukraine in ‘illegal’ referendum

In late February, Israel bombed Hezbollah targets. It did so along Lebanon’s border with Syria.

Washington and Israel partner in regional adventurism. Do Obama and Netanyahu want war on Lebanon? Are they planning regional conflict?
Will Iran be targeted? Will US-orchestrated Venezuelan violence continue? Will other nations be targeted for regime change?

The damn fool in the White House risks global war. Ukraine is a major flashpoint. Conditions today are the most dangerous since the 1962 missiles of October crisis.

Jack Kennedy was president. Early in his administratio
Read More or Make a Comment Continue reading →

(left, Antleman’s book, Vols. One & Two) THE REAL WAR AGAINST THE JEWS AND HUMANITY BY ILLUMINATI JEWS: Barry Chamish honors his mentor Rabbi Marvin Antleman who died in January.Antleman was first to identify the Illuminati with the Sabbatean-Frank… Continue reading →