Atlantis and the Deluge The Noah flood myth from the Bible was attributed to Zisudra and Atrahasis in Sumerian/Mesopotamian culture three thousand years earlier.In Aztec mythology only Coxcoxtli and his wife Xochiquetzal were forewarned of the flood by God and survived by building a huge boat.They wandered for 104 years before landing in “Antlan.”The Mechoacanesecs of Central America say Tezpi built a large boat, loaded it with animals, grains, seeds, and escaped the flood with his wife and children.The Maya say “the great mother and great father” survived and repopulated the world after the flood.The Chickasaw native Americans say only one family and two animals of every kind were saved from the flood.The same basic story is found in almost 600 cultures around the world. 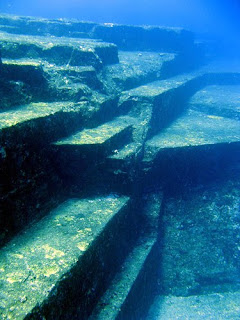 “From almost every culture around the world there emerge more than five hundred strikingly similar legends of a great Flood? These legends all share a common theme – of mankind being swept away with the exception of one man and his family who survived. We in the West generally know the survivor’s name as Noah, but to the Aztecs he was Nene, whilst in the Near East he was Atra-Hasis, Utnapishtim or Ziusudra. As for his means of escape, the Bible describes an ‘ark’ or boat, Mesopotamian records describe a submersible vessel, and the Aztec version refers to a hollowed-out log.According to the Aztec legend, men were saved by turning into fish. Ancient texts from the Near East speak of the Flood as a major catastrophe – not a local or trivial event, but a great time divider.”–Alan F. Alford, “Gods of the New Millennium – The Shattering Truth of Human Origins” (74) There are flood myths from the Inuits of Alaska to the Canarians of Ecuador; From the Tupinamba of Brazil and the Araucnaians of Chile to the Pehuenche and Yamana of Tierra del Fuego; From the Sumerians and early Mesopotamians to the Hopi, Iroquois, and Sioux Indians of North America.Thailand, Laos, Australia, Japan, China, Greece, Egypt, India, North, South and Central America.The story is found all the world over, but the claims are quite difficult to swallow.Is the flood just a story, a myth with metaphorical meaning, or a literal account of global flooding?

“Perhaps the greatest myth being purveyed is that myths are just myths.”-Michael Tsarion 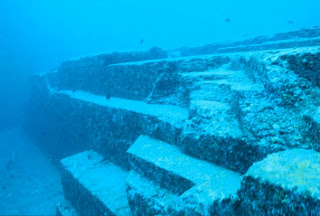 In Japan the Yonaguni megalith is undoubtedly man-made yet it has been underwater since at least 8000 BC.It is 8 stories high, 500 feet long with internal and external right angles, steps, rooms, and “the Stage” altar-like area with huge human faces and head-dresses carved into the stone.In the Gulf of Cambay in Northwest India are two multiple mile long/wide underwater cities which taken together are the size of Manhattan.About 2000 human fossilized remains have been found in these cities and have all carbon dated to around 7500 BC.Many underwater ruins have been found off the coast of Cuba 2,200 feet below sea level.There have been over 200 sunken cities found in the Mediterranean alone.The possibility of a literal flood is not to be scoffed at.Perhaps only the more specific elements of the story are metaphorical. 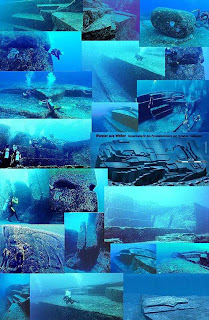 “Plato tells us of an advanced civilization that existed 9000 years before himself when the Atlantic was navigable and traversed by people the world over … One of the most revealing details of Timaeus is its mention of the ‘oppositecontinent,’ an unmistakable reference to America. Its inclusion proves not onlythat the ancient Greeks knew what lay on the other side of the Atlantic Ocean 2,000years before Columbus rediscovered it, but underscores the veracity of Plato’sAtlantis account.”-Frank Joseph, “The Atlantis Encyclopedia” (269)

Plato wrote about an advanced civilization that flourished in Atlantis around 10,000 BC.He even made the point that some take Atlantis to be a myth but it is absolutely true.He even said when the flood occurred figuring approximately 9600 BC.Atlantean-like legends are on every inhabited continent and always include advanced beings often revered as gods with high technology and developed culture.Nearly 600 cultures around the world speak about a world wide flood caused by angry gods that all but wiped out this advanced civilization. 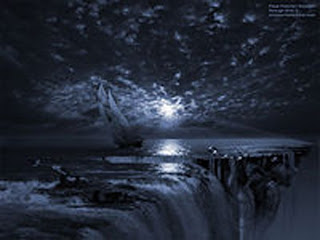 “You do not know that there formerly dwelt in your land the fairest and noblest race of men which ever lived, and that you and your whole city [Athens] are descended from a seed or remnant of them which survived.The power came forth out of the Atlantic Ocean, for in those days the Atlantic was navigable; and there was an island situated in from of the straits which are by you called the Pillars of Hercules: the island was larger than Libya and Asia put together, and was the way to other islands …Now in this island of Atlantis there was a great and wonderful empire which had rule over the whole island, and several others, and over parts of the continent, and furthermore the men of Atlantis had subjected the parts of Libya within the columns of Hercules as far as Egypt and of Europe as far as Tyrrhenia [Italy].”-Plato, “Timaeus” 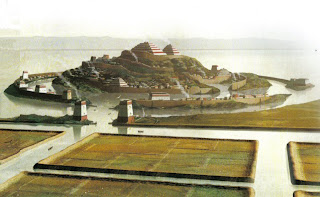