“Many have heard of Astrology and Astronomy. But few there are in the west today that have heard of their parent subject – Astro-Theology. We insist that this is not by chance.”-Michael Tsarion, “Astrotheology and Sidereal Mythology” 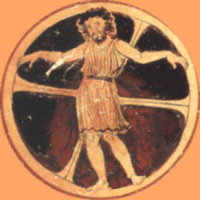 “Official history has been changed to hide the fact that the world has been controlled by the same interbreeding tribe for thousands of years. This is never more so than with the major religions. They all have inner and outer levels of knowledge. The inner level carries the secrets going back to the ancient Mystery schools of places like Sumer, Babylon and Egypt. These include the secrets of the bloodline and only the chosen few are initiated into this awareness. The outer level is where the secrets are hidden in code and allegory and sold, with a deity, to the masses as the ‘truth’. The New Testament Gospel stories are based on the initiation ceremonies and esoteric secrets – including astrology and Sun worship – that were performed and communicated in the Mystery schools. But they are presented as a literal story to fool the people. The religions, not least Christianity, Judaism and Islam (all spawned from the same source) are carriers of the secrets (inner) and controllers of the people by hiding the secrets with allegedly ‘literal’ stories (outer). The same basic ‘Jesus’ tale of the Son of God who died for humanity was told around the world thousands of years before Christianity.”-David Icke, “Tales from the Time Loop”

There are actually in total 15 pre-Christian Gods who had traits and stories exactly like Jesus Christ.For example, In 900 BC Krishna was born of a virgin with a star in the East signaling his coming.A tyrant slaughtered thousands of infants trying to kill the new born king.He was a teacher in the temple and a healer who performed miracles, was crucified between two thieves and resurrected from death.Around the same time period in Greece lived the God Attis, born of a virgin on December 25th.He was martyred on a crucifix, died for 3 days and was resurrected. Mithra was a Persian God circa 1200 BC who was born of a virgin on December 25th, traveled around with 12 disciples, performed miracles, died for 3 days and was resurrected.He was called the truth, the light, and was worshipped on Sunday.The very same basic storyline that came out of Constantine’s Council of Nicea in 325 AD already existed for thousands of years. 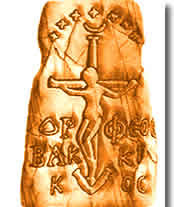 “Christianity resembled certain elements of Roman belief, particularly the worship of Mithra, or Mithraism.As ‘Protector of the Empire,’ Mithra was closely tied to the sun gods, Helios and Apollo. Mithra’s birthday on December 25, close to the winter solstice, became Jesus’s birthday. Shepherds were to have witnessed Mithra’s birth and were to have partaken in a last supper with Mithra before he returned to heaven.Mithra’s ascension, correlating to the sun’s return to prominence around the spring equinox, became the Christian holiday of Easter. Christians took over a cave-temple dedicated to Mithra in Rome on the Vatican Hill, making it the seat of the Catholic Church. The Mithraic high priest’s title, Pater Patrum, soon became the title for the bishop of Rome, Papa or Pope.The fathers of Christianity explained the remarkable similarities of Mithraism as the work of the devil, declaring the much older legends of Mithraism to be an insidious imitation of the one true faith.”-Helen Ellerbe, “The Dark Side of Christian History” (22-3)

“Everything Christians believe about Jesus, the Romans and Persians believed about Mithra. Sunday was the sacred day for Mithraists because he was a Sun God and they called this The Lord’s Day … The writer, H. G. Wells, pointed out that many of the phrases used by Paul for Jesus were the same as those used by the followers of Mithra. The Liturgy of Mithra is the Liturgy of Jesus. When Paul says: ‘They drank from the spiritual rock and that rock was Christ’ (I Corinthians 10:4), he was using exactly the same words found in the scriptures of Mithra. Only the names were changed. In the Gospels, Peter became the Christian ‘rock’ on whom the new church would be built. The Vatican Hill in Rome was said to be sacred to Peter, but this place was also claimed, much earlier, to be sacred to Mithra and many Mithric remains have been found there!”-David Icke, “The Biggest Secret” (108-9) 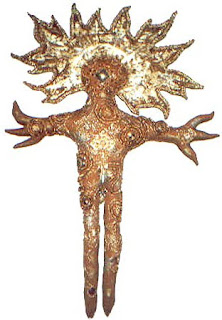 All the following pre-Christian deities shared the myth of a virgin birth on December 25th, crucifixion and resurrection: Chrishna of Hindostand, Budha Sakia of India, Salivahana of Bermuda, Zulis and Osiris of Egypt, Odin of the Scandinavians, Crite of Chaldea, Zoroaster and Mithra of Persia, Baal and Taut of Phoenecia, Indra of Tibet, Bali of Afghanistan, Jao of Nepal, Wittoba of the Bilingonese, Thammuz of Syria, Atys of Phrygia, Xamolxis of Thrace, Zoar of the Bonzes, Adad of Assyria, Deva Tat and Sammonocadam of Siam, Alcides of Thebes, Mikado of the Sintoos, Beddru of Japan, Hesus, Eros, and Bremrillah of the Druids, Thor of the Gauls, Cadmus of Greece, Hill and Feta of the Mandaites, Gentaut and Quexalcote of Mexico, Universal Monarch of the Sibyls, Ischy of the island of Formosa, Divine Teacher of Plato, Holy One of Xaca, Fohi and Tien of China, Adonis of Greece, Prometheus of Caucasus, and Ixion and Quirinus of Rome.(For more info read:“The World’s Sixteen Crucified Saviors – Christianity Before Christ” by Kersey Graves) 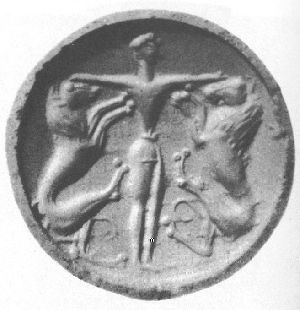 “Were you aware that there were fifteen major religions that had the same identical teachings of Christianity? Most people aren’t. And I’m very suspect of a sixteenth religion which is copied off of fifteen previous religions, and I am told that this one is the truth.”-Jordan Maxwell, “Matrix of Power”

“OK, a little quiz. Who am I talking about?He was born to a virgin by immaculate conception through the intervention of a holy spirit. This fulfilled an ancient prophecy. When he was born the ruling tyrant wanted to kill him. His parents had to flee to safety. All male children under the age of two were slain by the ruler as he sought to kill the child. Angels and shepherds were at his birth and he was given gifts of gold, frankincense and myrrh. He was worshipped as the savior of men and led a moral and humble life. He performed miracles which included healing the sick, giving sight to the blind, casting out devils and raising the dead. He was put to death on the cross between two thieves. He descended to hell and rose from the dead to ascend back to heaven.Sounds exactly like Jesus doesn’t it? But it’s not. That is how they described the Eastern savior god known as Virishna 1,200 years before Jesus is claimed to have been born.”-David Icke, “The Biggest Secret” (89)