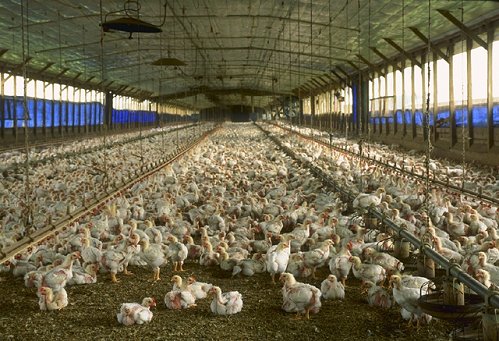 These lucky ladies actually have sunlight! And “freedom” to move if their overly heavy breast meat does not weigh them down too much.
I hope you’re not reading this column while munching on a chicken sandwich. Today I learned that there has been a pair of new scientific studies recently published which suggest that poultry on factory farms are routinely fed caffeine, active ingredients of Tylenol and Benadryl, banned antibiotics and even arsenic.
Thank heavens my eggs come from a small free range place where the birds run about and eat actual bugs and dirt, a diet only substantiated with commercial feed.
Soooo….. Let me see. They give them caffeine and uptakes to keep them awake to eat more and fatten up faster, then they give them prozac to lower their stress levels. Makes absolute sense to me. Not.
By MadisonRuppert
Editorof End the Lie
April 9, ;2012
Manypeople are well aware of the fact that chickens are regularly given roxarsone,what amounts to arsenic, in an attempt to both fight parasites and increase thegrowth rate of chickens while making the flesh of the chicken that certain “appetizing” shade of pink. 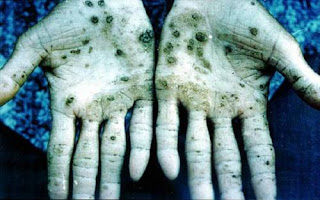 Arsenic poisoning on the hands of a chicken farmer.
However,the worrisome substances in present in the chickens we eat do not end there.This is just one of the many fronts in the war on our health and the freedom tochoose foods free from extraneous chemicals. For more on this subject, listento our interview with Heather Callaghan of Activist Post on End the Lie radio below:
Twonew studies, co-authored by Keeve Nachman, a scientist at the Johns HopkinsUniversity Center for a Livable Future, have found a disturbing amount ofchemicals being fed to chickens on factory farms on a routine basis.
“Wewere kind of floored,” Nachman said. “It’s unbelievable what we found.”
Oneof the studies was published in the peer-reviewedscientific journal Environmental Science & Technology while theother peer-reviewed study was published in Science of the TotalEnvironment.
Someclaim that there is no proof that the arsenic is harmful to either the chickenor the person who eventually consumes the chicken, but the sheer amount of itthat is in our food supply is nothing short of disturbing.
Indeed,a 2004 Institute for Agriculture and Trade Policy study showed thatover half of the chicken bought in stores or in fast food restaurants containedabnormally high levels of arsenic.
Itgets even more troubling when one realizes that a shocking 2.2. million poundsof the substance are used on a yearly basis in the production of 43 billionpounds of poultry.
Ifthe claims that there is absolutely no danger posed by the use of arsenic infeed are completely true, one must wonder why the Maryland state Senate passed a bill banningchicken feed containing arsenic with a 32-14 vote.
“Thisbill in my mind is a no-brainer. The scientific questions have been answered.We’re talking about a heavy metal, a known carcinogen that we’re spreading onthe land,” Drew Koslow, the Choptank Riverkeeper for the Midshore RiverkeeperConservancy said.
“Wehave allowed the industry to add tons of deadly arsenic to Maryland’s food andenvironment each year for decades,” said Tom Hucker, a Democratic Delegate, ina statement.
Allthat remains is for the House to accept the Senate’s amendments and thenMaryland will become the first state in America to ban roxarsone, hopefully settinga precedent which will help similar legislation be passed across the nation.
Asidefrom arsenic, new research has discovered that chickens have been fed a massivedrug cocktail including fluoroquinolones, a banned antibiotic which is illegalbecause it has been linked to the creation of so-called “superbugs.”
Furthermore,they found caffeine and even the Selective Serotonin Reuptake Inhibitor (SSRI)Prozac, which is prescribed for depression, in chicken imported from China,along with antihistamines, and acetaminophen. 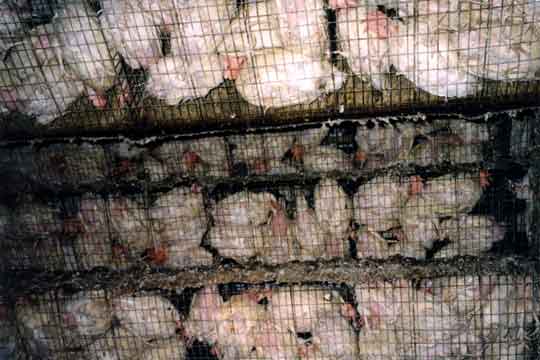 Apparently,Prozac was placed in chicken feed because chickens who are stressed out tend toproduce tougher meat and given the atrocious conditions chickens are subjectedto in factory farming operations, chickens are often understandably stressed.
Thecaffeine reportedly comes from coffee pulp and green tea powder also placed intheir feed in order to force them to stay awake longer and eat more food, thusbulking up faster for sale.
Allof this was discovered through tests conducted on the chickens’ feathers, whichare similar to the fingernails and hair of humans in their ability toaccumulate chemicals.
Potentiallythe most disturbing part of this entire thing is that many farmers arereportedly not even aware that they are feeding their chickens this drugcocktail.
Thisis because farmers are often forced to use a certain food mix by the foodcompanies that purchase their poultry, meaning they don’t really have a choicein the matter and often are completely clueless about the questionableingredients.
Evenmore worrisome, some organic chicken meat has been shown to have traces ofarsenic in tests, although organic chicken feed supposedly does not haveroxarsone as an additive.
Sincethis is the case, Sara Novak concludes, “thenext most rational step is to give up the bird completely.”
Relatedposts:
Evil chicken farmers want to eat fresh eggs, thankfullyit is now illegal!