Are We Going to Experience Red Dawn in America?

Remember the Hollywood movie “Red-Dawn” where the U.S. gets invaded by foreign troops? Fun right? Well, apparently our anti-constitutional Zionist government has been working in the background to bring foreign troops to assist FEMA in case a supposed disaster event takes place. The following two articles, one from The European Union Times and the other one from the EMERCOM of RUSSIA support this possibility.

An unsettling report prepared by the Emergencies Ministry (EMERCOM) circulating in the Kremlin today on the just completed talks between Russia and the United States in Washington D.C. says that the Obama regime has requested at least 15,000 Russian troops trained in disaster relief and “crowd functions” [i.e. riot control] be pre-positioned to respond to FEMA Region III during an unspecified “upcoming” disaster.

According to this report, this unprecedented request was made directly to Minister Vladimir Puchkov by US Department of Homeland Security (DHS) Director Janet Napolitano who said these Russian troops would work “directly and jointly” with her Federal Emergency Management Agency (FEMA), part of whose mission is to secure the continuity of the US government in the event of natural disasters or war.

Important to note, this report says, is that FEMA Region III, the area Russian troops are being requested for, includes Washington D.C. and the surrounding States of Maryland, Pennsylvania, Virginia and West Virginia, “strongly suggesting” that the Obama regime has lost confidence in its own military being able to secure its survival should it be called upon to do so.

In his public statements, yesterday, regarding these matters Minister Puchkov stated, “We have decided that the US Federal Emergency Management Agency and Russia’s Emergencies Ministry will work together to develop systems to protect people and territory from cosmic impacts,” and further noted that his meeting with DHS Director Napolitano also covered other kinds of natural emergencies, such as recent years’ extreme weather in both Russia and United States. 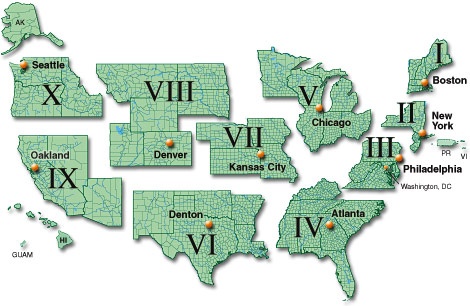 In this EMERCOM report, however, Minister Puchkov notes that the Russian troops being requested by the Obama regime would “more than likely” be paired with US-DHS troops who last year purchased nearly 2 billion rounds of ammunition and just this past month placed and emergency order for riot gear.

As to what “upcoming disaster” the US is preparing for, thisreport continues, appears to be “strongly related” to last weeks assassination of American reporter MichaelHastings who was killed while attempting to reach the safety of the Israeli Consulate in Los Angeles, and as we had reported on in our 20 June report Top US Journalist Attempting To Reach Israeli Consulate Assassinated.

Further to be noted about Hastings assassination by the Obama regime is the continued US mainstream propaganda news cover-up of it, though many freelance reporters continue to uncover the truth, such as Jim Stone whose investigation noted that the rear portion of Hastings car was blown open and shredded with the rest of the car nicely intact, which runs counter to the “official” story that this vehicle has hit a tree.

Not mentioned in this EMERCOM report is any suggestion that Russia would comply with this request from the Obama regime, especially in light of the horrifying information being given to Russian intelligence analysts from Edward Snowden who has been labeled as the most wanted man in the world.

According to one Federal Security Services (FSB) bulletin on their continued debriefing of Snowden, and analysis of the information he has provided Russian intelligence officers, his father, Lonnie Snowden, was an officer in the US Coast Guard during the 11 September 2001 attacks on the United States who had “direct knowledge” of the true events that occurred and whom the real perpetrators were. 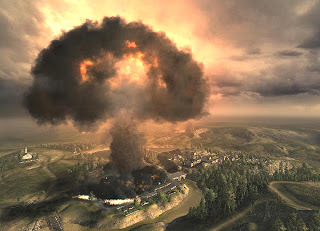 Being directly affected by the events of 9/11, this FSB bulletin says, Snowden “self initiated” a multi-year effort to gain access to America’s top secrets, a mission which when recently completed led him to contact various international reporters, including Hastings, whom he believed could be trusted with disseminating the information he had obtained.

Though known to us directly from our Kremlin sources as to the exact connections Snowden’s information proves regarding 9/11 and both the Bush and Obama regimes, and the even more horrific event soon to come, a June 2013 Defence Advisory Notice (DA-Notice) prevents our being able to…at this time.

Likewise, and as the assassination of Hastings clearly shows, the Obama regime claims a legal right to kill anyone it so chooses without charges or trial they believe may threaten US national security, and what Snowden’s information reveals definitely falls into that category.

What can be said though, there is a critical reason billionaires all over the world have been dumping their stocks, and fast; and those who are not able to read between the lines will soon find themselves in the most dangerous situation they’ve ever encountered.

The following article is from the ERCOM of RUSSIA website

The document provides for expert cooperation in disaster response operations and to study the latest practices.

In addition, the parties approved of U.S.-Russian cooperation in this field in 2013-2014, which envisages exchange of experience including in monitoring and forecasting emergency situations, training of rescuers, development of mine-rescuing and provision of security at mass events.

At the end of the meeting the parties expressed their satisfaction with the level of cooperation between the Russian Federation and the United States in the area of emergency prevention and response and agreed to develop it in order to respond efficiently to all kinds of disasters.