Apocalypse Living: In a Lagoon

I live in Melbourne, Florida, a smallish community which has become more of a small town for Orlando. We are located right on the shores of the Indian River, which is actually the worlds largest lagoon.

Catfish, shrimp, shark, turtles, crabs, the river is abound with edible life! So I figure, better to take my chances ON the water then with the rest of the desperate, hungry, and ignorant masses on the shore. So, lets say I get a some pallets together, collect a whole bunch of milk jugs, and net the milk jugs under the wood to keep me afloat.

I want to know what your ideas on how I might not only survive, but flourish, on the water.

So you want to be the Apocalyptic Huck Finn of the Indian River? You’ll have your fishin’ pole with a radioactive carp on the line while chewin’ on a ol’ straw shoot. Sounds great, but just like Huck, you’ll have southerners on the shores trying to get at you. Only in the apocalypse, they won’t be after your slave friend Jim, they’ll be after your gear and will be wanting to eat your ass. (continued…) Now, this lagoon does appear to be very large so if you think you can stay away from crazies you can try it out. It sounds like that lagoon can support you for a while. Shrimp, fish, turtles and crab sounds pretty good to the rest of us who will be licking soup can labels.

The weather will be habitable too, though a damp, hot environment will invite disease, so stay clean and tend to wounds quickly. 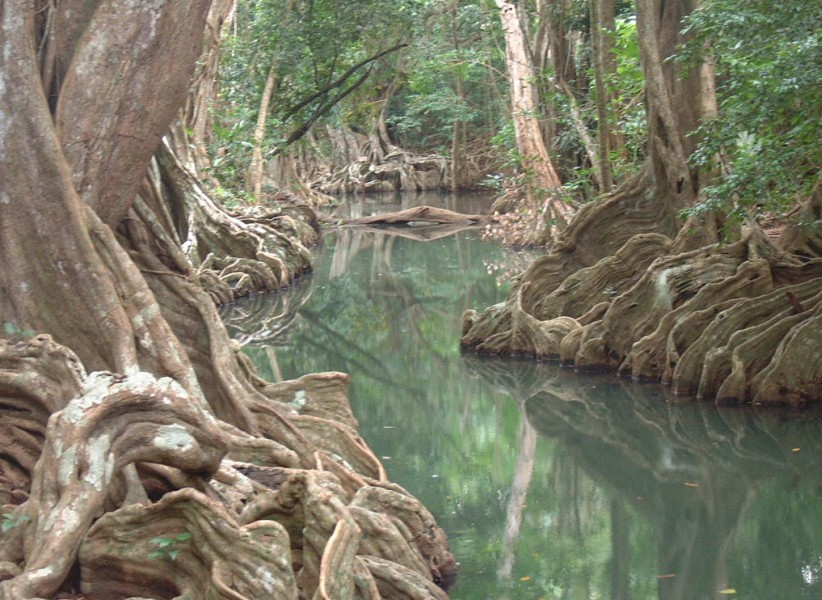 You have one big problem though. You have nothing to drink. No matter how much food you have, your body needs freshwater to digest food properly. If you’re dehydrated don’t eat. Furthermore, do not drink seawater. Do not drink urine. Do not drink alcohol. Do not smoke. DO, however, learn how to desalinate your drinking water.

Water purification pumps  will not work with saline water, so you’ll need to remove the salt from the water through distillation. I talked about this in a previous article but here is a new way.

It’s a pain in the ass, but you’re the one who wanted to live in a lagoon.