Amanda Bynes Following in the Footsteps of Britney Spears, Placed Under Conservatorship 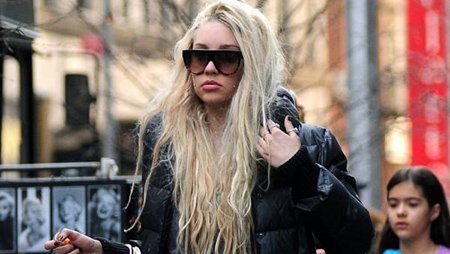 On July 24th, I wrote about Amanda Bynes being in involuntary psychiatric hold, which means that she was being forcibly detained, injected with “fast-acting anti-psychotic medication” and then re-evaluated to see if she was still a “danger to oneself or others”. While this process usually lasts 72 hours, Bynes’ hold was extended to 30 days.

I noted in that article that the last star who underwent that process was Britney Spears, one the most obvious cases of a celebrity who suffered a complete breakdown due to MK programming. Britney was then placed under the conservatorship of her father who was in charge of handling everything about her life, from health, to finances, to small details like internet usage. She is now under the conservatorship of her “fiancée” (handler), who is in the strange position of being her “significant other” while dictating every small aspect of her life and career.

Sadly, Spears does appear to be healing from her “mental illness” (as reported by the media) – probably because being an MK slave is not an illness but a traumatizing experience that ends up completely destroying a person’s mind. During her last gig as a judge on X Factor, several insiders commented on Spears’ zombie-like demeanor and about the fact that she barely watched the performances she was supposed to judge. The co-host of the show Adrienne Bailon recently stated that Britney could not even think or speak for herself. She was even being told what to say by her handlers.

“I worked with her on X Factor, and I’m not going to lie to you guys…. She can’t hold a conversation. They have someone who feeds her what she’s supposed to say.”

– Daily Mail, ‘She can’t hold a conversation!’ Adrienne Bailon claims former costar Britney Spears ‘was told what to say by her handlers’ behind the scenes on the X Factor 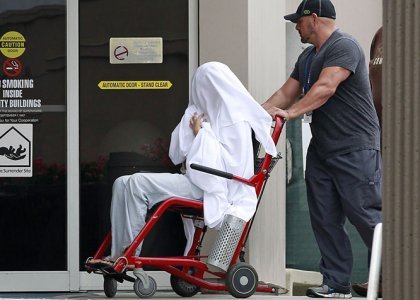 Bynes wheeled between buildings at the Hillmont Psychiatric Center on July 25. Is she being re-programmed?

Since she was 5150-ed (California law code for involuntary psychiatric hold), reports concerning her mental health show typical signs of a MK programming, such as having a “good” and “bad” side (dualistic programming) and multiple personalities.

“According to TMZ, doctors want to hold Bynes on a longer hold for further evaluation and have determined that she is suffering from a severe mental illness, “with schizophrenic tendencies,” and multiple personalities, “there’s a good Amanda and a bad Amanda,” a source says.

The source claims that Bynes talks about “bad Amanda” while mimicking an exorcism.”

Since then, Bynes’ parents requested to obtain conservatorship of her, which means they would be in charge of her well-being and her finances. According to some sources, Amanda was not deemed well enough to attend the hearing concerning her conservatorship.

“Doctors at the psychiatric hospital where the troubled actress has been held the last two weeks determined she was not well enough to leave the hospital to attend the hearing, where Bynes’s parents are trying to win temporary conservatorship. Bynes’s doctors went to the judge overseeing the actress’s case, sources told TMZ, and the judge traveled to the hospital to conduct an emergency hearing.  After that meeting, the judge granted the doctors’ request. According to the law, doctors can only get such an order if the patient is “gravely disabled as a result of a mental disorder.”Bynes’s parents can still pursue temporary conservatorship, which would allow them to control her finances.  At the Friday hearing, Amanda’s mom Lynn Bynes was granted legal control over her daughter.”
– People.com, Amanda Bynes ‘Gravely Disabled’ – Doctors Granted Emergency Conservatorship

Amanda’s lawyer told the judge that Amanda opposes the conservatorship, believing it’s not necessary. She definitely does not appear to trust her parents. For instance, when the staff at Hillmont Psychiatric Center informed Bynes that her dog was with her parents, she reportedly said that: “They’ll kill it, just like they tried to kill me.”

Nevertheless, temporary conservatorship was granted to Amanda’s mother and the judge could easily make it permanent in a few months.

Amanda Bynes and Britney Spears are connected together in another, strange way: They were both in contact with celebrity MK handler, Sam Lutfi during their breakdown. 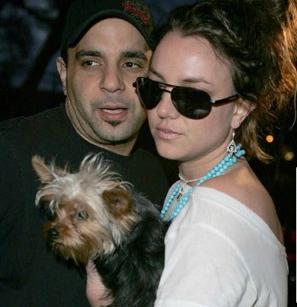 According to some sources, Lutfi has been in contact with Bynes a few months prior to her 5150. He reportedly even paid for Amanda’s plane ticket to Los Angeles – a trip that ultimately lead to her being placed psychiatric hold.

In a bizarre turn that is eerily similar to events leading up to Britney Spears being placed under a conservatorship, Lutfi and Bynes recently became friends, a source close to the situation tells RadarOnline.com exclusively.

“Sam bought Amanda the plane ticket for her to return to Los Angeles from New York City. She had no money,” a source revealed. “The two became friends in recent months.

“It’s very concerning to say the very least, given Sam’s history with Britney Spears leading up to her father, Jamie Spears, getting a conservatorship over his daughter, and getting a restraining order preventing Lutfi from having any contact with her.”

Lutfi denied to RadarOnline that he bought Bynes’ plane ticket. But when asked about his friendship with Amanda, he said, “I have to call you back” and hung up abruptly.

Lutfi filed a breach of contract lawsuit against the pop star and accused her father, Jamie of assault. The lawsuit was dismissed last year during the trial.

Over the years, Lutfi has tried to get close to Lindsay Lohan, Courtney Love and even Michael Jackson’s teenage daughter, Paris. Currently, Lutfi is managing Courtney Love.

Bynes has spoken to Lutfi on the phone since she was placed on a 5150 psychiatric hold.

Why would Amanda be talking on the phone with a character such as Sam Lutfi WHILE being in psychiatric hold? Why was this allowed? Are the people around her trying to make her better or are they part of the occult elite’s MK programming system?

The post Amanda Bynes Following in the Footsteps of Britney Spears, Placed Under Conservatorship appeared first on The Vigilant Citizen.