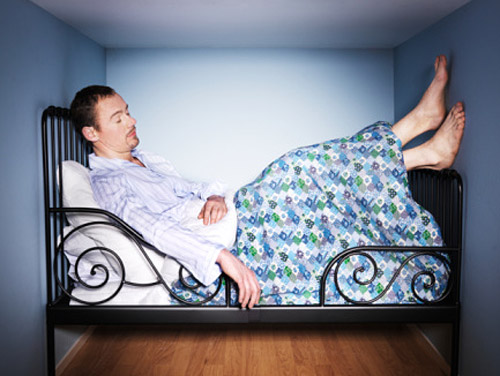 The globalist design for micro-apartments is being championed by New York’s Mayor Michael Bloomberg.
These “studio and one-bedroom apartments” will be no bigger than 275 to 300 sq ft.
These tiny living spaces are smaller than currently allowed by building regulations, according to a statement by Bloomberg’s office; however the zoning regulations will be waived in over to construct the first of many compact pack ‘em and stack ‘em housing model in the city-owned area of Kips Bay. 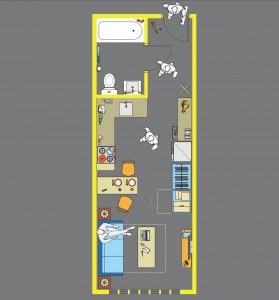 The intention is to construct an area in NY that accommodates restricted housing space, eliminates car use in favor for walking and bicycling and promotes mass transit.
.
Herding the expanding population into dense areas will smaller living spaces will instill the new class of poor and obligate their psychological transition toward accepting the Agenda 21 megacity concept .
According to the globalists at America 2050, “metropolitan regions will be an interlocking economic system, shared natural resources and ecosystems, and common transportation systems link these population centers together.”
Bloomberg stated: “Developing housing that matches how New Yorkers live today is critical to the city’s continued growth, future competitiveness and long-term economic success.”
Bloomberg has announced this “ New Housing Marketplace Plan ” with directives toward financing 165,000 units that are more affordable than anything on the current market.
By 2014, these units are expected to be competing to get New Yorkers out of their large apartments and single-family houses and into a tiny space to maximize functionality in a clear move toward creating Agenda 21 megacities out of existing spaces.
ED: Can you hear the snake oil in the unctuous tones of this fabulously wealthy Jew as he sells the micro model to the chattel/cattle?  Political correctness will convince us of our selfishness in wanting our own homes. Detached single housing. Yards. Space. Fresh air. How terribly selfish we will be made to feel for wasting so much of the verdananment on JUST US. Pack us together like rats in a barrel and you will end up with cannibalism.
.
David Bragdon, director of the Office of Long-Term Planning and Sustainability asserts that: “New Yorkers can be better served by adapting the city’s apartment models to allow more efficient and sustainable homes.
Today’s announcement is fulfillment of the pledge in PlaNYC, the Mayor’s long-term sustainability strategy, to update the City’s regulations to better accommodate the population and demographics of the future.”
. 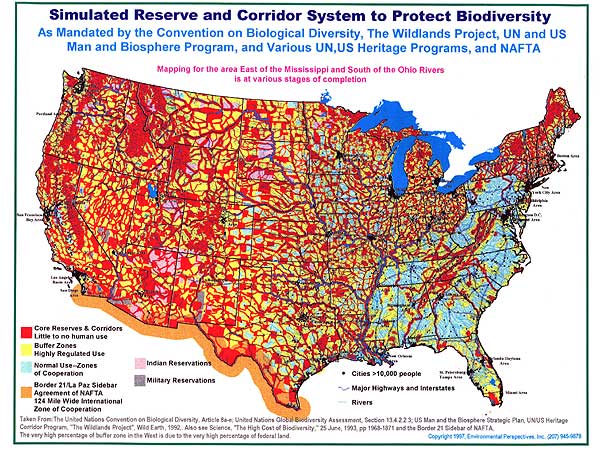 ED: According the the above UN map, the black areas are where the majority of the citizens of the US will be living in densely packed areas. Travel will be restricted and the wild areas forbidden zones. This is all part of the secretive but in full view implementation of Agenda 21. So perhaps this helps to illustrate how Bloomberg is helping the agenda along? 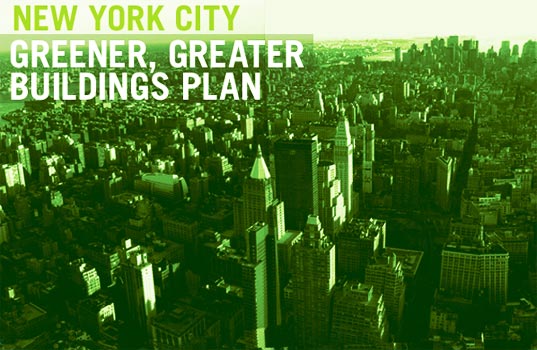 PLaNYC 2030 is a scheme by Bloomberg, which was devised in 2007, to “prepare the city for one million more residents” to create housing in line with Agenda 21 policies in conjunction with “over 25 City agencies to work toward the vision of a greener, greater New York.”
The initiative includes transformation of hundreds of acres of land into “new parkland” and micro-sized units that are built adjacent to public transit systems.
These plans will force New Yorkers out of their cars and into highly-dense areas where living space is severely limited in an effort to “reduce greenhouse gas emissions 13% below 2005 levels.”
.
A request made by the Department of Housing Preservation and Development states that the program called adAPT NYC is specifically aimed at the building of smaller homes in accommodation for the growing population in NY.
Robert K. Steel, deputy mayor for Economic Development stated:

“Under Mayor Bloomberg’s leadership, New York City continues to be a magnet for talent from around the world and around the five boroughs, and with this new model for development of affordable housing, we will help ensure that New Yorkers have more options that meet their housing needs.
This innovative public-private partnership will build on the Bloomberg Administration’s track record of leveraging private-sector expertise and resources to develop quality affordable housing.”

As one, two and three bedroom; as well as single-family homes sky-rocket in price in NY, these small apartments are being promoted. Seventy-five of the micro-sized units will include kitchens and bathrooms; however interior design will depend on affordability and innovative layouts that maximize space.
City planners of the future hope to have this concept spread across the nation; where young “urbanites” flock to smaller living spaces that are equal to dormitory-style living.
.
ED: Everyone in their own little pod, living solo as often as not. Or perhaps this would be like small filing cabinets for people.
.
Lowering prices will attract those on fixed incomes. Officials in Manhattan, who estimate that 46.3% of households consist of a single person, are marketing these micro-units for those who spend more time socializing outside the home.
.

Similar programs are slated for San Francisco where developers are currently seeking state approval for rentals as small as 150 sq ft.
These apartments would be the size of a parking space . Under the guise of addressing the 42% of residents in San Francisco who live alone, Patrick Kennedy, developer who built the Berkeley bungalow, states that this maximization of space “meets the needs of that demographic.”
Scott Wiener, project supervisor, claims that under proposed legislation developers would be allowed to build units with just 150 square feet of living space. It would also require a separate kitchen, bathroom and closet for a total of 220 square feet.

“The tenement problem was big families in very small (spaces),” Bloomberg said. “We’re not talking about that. We’re talking about one or two people who want something they can afford, and they don’t entertain or need big space.” 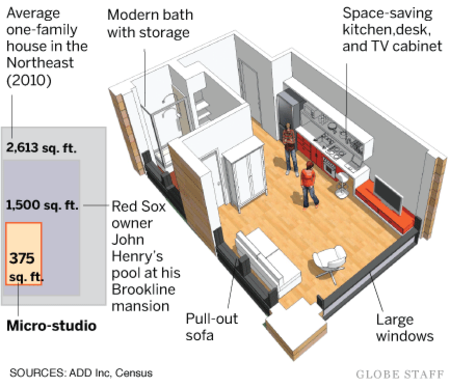 Bloomberg’s officials assert that this is not a scheme to warehouse the poor in NY; however what else could it be?
Kerri White, housing advocate and director for the Urban Homesteading Assistance Board , claims that these living conditions are good and that “the general attitude toward space and how we use space is very different in New York City. People are used to living in smaller quarters.”

Susanne Posel is the Chief Editor of Occupy Corporatism. Our alternative news site is dedicated to reporting the news as it actually happens; not as it is spun by the corporately funded mainstream media. You can find us on our Facebook page.

Hey they even mention the Hollowco$t in this one!
BIG BUSINESS SELLS MICRO TO THE YOUNG GENERATION
How is this for an example of NWO soft shoe shuffle and sell? IKEA being international is a perfect vehicle for trendying up “austerity chic” as cozy. This is the  soft pedaling of Agenda 21 to the very young who are ~ “a little rebellious”.

“Small ideas are about finding and using hidden spaces and choosing furniture that does more than one thing. It’s about being creative, a little rebellious and doing what you dream about no matter how much or how little space you have. And we think that is a pretty big idea”. ~ IKEA