By Noor al Haqiqa | April 6, 2012 - 1:59 pm |April 6, 2012 Uncategorized
Before anyone comments here that this vice is typical of Islam, it is not. This is an ancient Afghan situation that was removed by the ultra fanatically Islamic Taliban. Now that the Taliban have been weakened, this cultural tradition is reborn. There are not Islamic values. As with so many of the negative things used by Islamophobes, this is cultural, not religious. This does not excuse such behaviour in the least, but it does separate the difference between local cultures and international Islam. 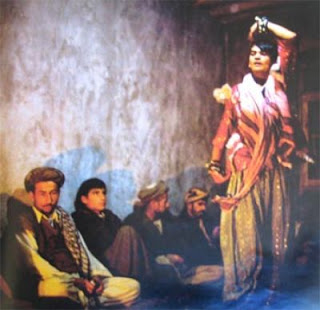 All of this was so disconcerting that the Defense Department hired Cardinalli,a social scientist, to examine this mystery. Her report, “PashtunSexuality,” startled not even one Afghan. But Western forces were shocked ~and repulsed.

For centuries, Afghan men have taken boys, roughly 9 to 15 years old, aslovers. Some research suggests that half the Pashtun tribal members in Kandaharand other southern towns are bacha baz, the term for an older man with a boylover. Literally it means “boy player.” The men like to boast aboutit.

“Having a boy has become a custom for us,” Enayatullah, a 42-year-oldin Baghlan province, told a Reuters reporter. “Whoever wants to show offshould have a boy.”

Baghlan province is in the northeast, but Afghans say pedophilia is mostprevalent among Pashtun men in the south. The Pashtun are Afghanistan’s mostimportant tribe. For centuries, the nation’s leaders have been Pashtun.

President Hamid Karzai is Pashtun, from a village near Kandahar, and he has sixbrothers. So the natural question arises: Has anyone in the Karzai family beenbacha baz? Two Afghans with close connections to the Karzai family told me theyknow that at least one family member and perhaps two were bacha baz. Afraid ofretribution, both declined to be identified and would not be more specific forpublication.

As for Karzai, an American who worked in and around his palace in an officialcapacity for many months told me that homosexual behavior “wasrampant” among “soldiers and guys on the security detail. They talkedabout boys all the time.”

He added, “I didn’t see Karzai with anyone. He was in his palace most ofthe time.” He, too, declined to be identified.

In Kandahar, population about 500,000, and other towns, dance parties are apopular, often weekly, pastime. Young boys dress up as girls, wearing makeupand bells on their feet, and dance for a dozen or more leering middle-aged menwho throw money at them and then take them home. A recent State Departmentreport called “dancing boys” a “widespread, culturallysanctioned form of male rape.”

So, why are American and NATO forces fighting and dying to defend tens ofthousands of proud pedophiles, certainly more per capita than any other placeon Earth? And how did Afghanistan become the pedophilia capital of Asia?

Sociologists and anthropologists say the problem results from perverseinterpretation of Islamic law. Women are simply unapproachable. Afghan mencannot talk to an unrelated woman until after proposing marriage. Before then,they can’t even look at a woman, except perhaps her feet. Otherwise she iscovered, head to ankle.

“How can you fall in love if you can’t see her face,” 29-year-oldMohammed Daud told reporters. “We can see the boys, so we can tell whichare beautiful.”

Even after marriage, many men keep their boys, suggesting a loveless life athome. A favored Afghan expression goes: “Women are for children, boys arefor pleasure.” Fundamentalist imams, exaggerating a biblical passage onmenstruation, teach that women are “unclean” and thereforedistasteful. One married man even asked Cardinalli’s team “how his wifecould become pregnant,” her report said. When that was explained, he”reacted with disgust” and asked, “How could one feel desire tobe with a woman, who God has made unclean?”

That helps explain why women are hidden away ~ and stoned to death if they areperceived to have misbehaved. Islamic law also forbids homosexuality. But thepedophiles explain that away. It’s not homosexuality, they aver, because theyaren’t in love with their boys.

Addressing the loathsome mistreatment of Afghan women remains a primary goalfor coalition governments, as it should be.

But what about the boys, thousands upon thousands of little boys who arevictims of serial rape over many years, destroying their lives ~ and Afghansociety.

“There’s no issue more horrifying and more deserving of our attention thanthis,” Cardinalli said. “I’m continually haunted by what I saw.”

As one boy, in tow of a man he called “my lord,” told the Reutersreporter: “Once I grow up, I will be an owner, and I will have my ownboys.” 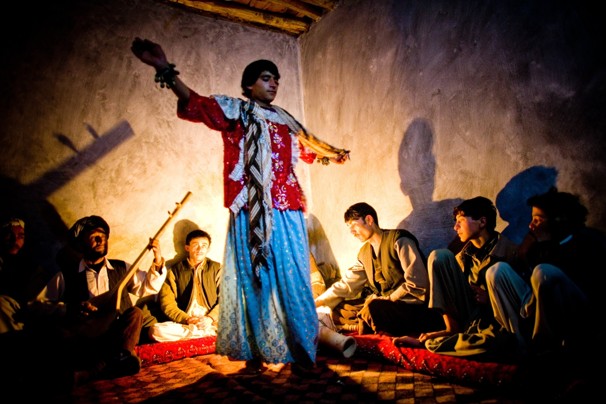 WASHINGTON POST
April 4, 2012
DEHRAZI, Afghanistan ~
The 9-year-old boy withpale skin and big, piercing eyes captivated Mirzahan at first sight.
.
“He is more handsome thananyone in the village,” the 22-year-old farmer said, explaining why he isgrooming the boy as a sexual partner and companion. There was another importantfactor that made Waheed easy to take on as a bacha bazi, or a boy for pleasure:“He doesn’t have a father, so there is no one to stop this.”
.