A Pleiadian Message from James Gilliland re 2012 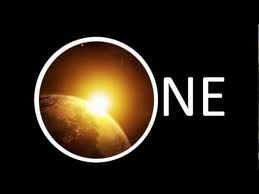 A Pleiadian Message from James Gilliland Re 2012
Apocalypse 2012

You Are Going To See Great Changes Between Now And November 2011
There have been many meetings; which were multidimensional in nature in a consortium of advanced beings addressing the disturbance in the force called Earth. There is a unified field in which we all reside and express and Earth due to its millions of souls crying out for justice, the end of tyranny and deception has been addressed. There are councils and consortiums all discussing this matter. In ancient times the last major colonies, Atlantis and Mu or Lemuria were Pleiadian in origin. If you talk with Native American Elders, South American Elders, Indonesian Elders, Hawaiian Elders and many others they all mention the Pleiades as their ancient origins. Pleiadians have the greatest genetic stock or investment in Gaia not just human but plant and animal. There are also unseen entities often referred to as Archons who also played a role in hijacking and derailing the evolution of Humanity and the Earth. These are low 4th density beings referred to as many names. Not just this galaxy but other galaxies have been dealing with these seen and unseen negative influences. The very gridand power base the global elite depend upon is diminishing and collapsing. Gods work in ways unseen.
Now before you ask why is God plural did you know Elohim is plural and the correct translation of Genesis is, “In the beginning the Father of all Fathers created the Gods who created the heavens and the Earth.” The correct understanding is God is neither male nor female in its most unlimited understanding it is a frequency and a force, divine intelligence; which is omnipresent on all planes and dimensions throughout the multiverse.
The image of the bearded male God came from the Annunaki, those who came to Earth from Heaven of the skies, technologically advanced God like beings. Some were benevolent serving the Creator in all Creation others were malevolent self-serving which is where the divisions of religion often occur. In the most ancient understandhngs God was female, the center of this galaxy is the black hole from which everything emerged, all life is related and family. This is more aligned with the creation process and what scientists call the big bang which was a lot of bangs.

The many male images of God separate from Humanity and the Earth, diminishing and suppressing the feminine along with unseen negative influences have created the severe imbalances and misdirection of evolution.This is in the process of being corrected. All of the councils andconsortiums to the highest level have agreed that the Pleiadians have the most human and genetic stock as well as a responsibility to correct this imbalance and redirect Humanity’s and the Earth’s evolution back on its original course.

This is a multi-dimensional effort from the highest levels including the source itself to correct and redirect. The Andromedans, Sirians, Arcturians, Orion Council of Light, Pleiadians, and a host of others too numerous to mention have dealt with the controllers on high and are now dealing with them on Earth. The Pleiadians saywe are here to release the past, healing is coming to the Earth. The negative support systems for the elite who have chosen to invoke and work with unseen negative influences is also coming to an end.What once was hidden shall be revealed for all to see and once seen the masses will be quick to awaken and act due to the increased awakening and healing energies coming to the Earth. The wars, disease, unbridled greed and profit at the expense of humanity and the Earth are also coming to a close along with the war and disease profiteers. Direct knowing, telepathy, sensitivity to vibration will isolate them from the awakening masses who will no longer participate with their agendas. Because they have no respect for humanity, nature and the body of Earth their own bodies will fail. No drug, machine, or negative influence will keep them erect.
The old world is fast diminishing in a time compression spoken of in the Mayan Calendar. Yet that same quickening will support the manifestation of a new world of peace and prosperity for all.Unity consciousness is the future. Ride the wave. Do not participate in the old world or act in any way that is harmful to humanity and the Earth. The future of Earth is set, how you choose to flow with this future or against it is up to you. Your choices will determine your tomorrow.