5 Crazy Notions ’til Christmas: Israel was behind the Norway massacre 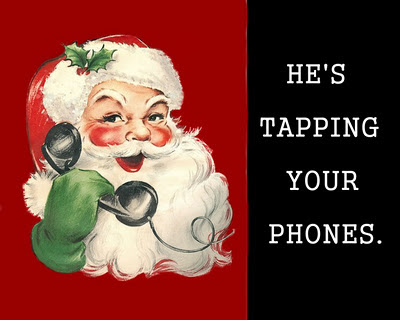 Jones and the Infowars crew declared, hours after Anders Breivik’s rampage, that the whole thing was a false flag terror operation headed by globalists, as an excuse to crack down on white, anti-banker activists. But Infowars was happy to leave the door open for other stupid, unsupported theories.

In a piece was re-posted to Infowars, Jones’s frequent guest Wayne Madsen wrote that because Breivik was reportedly a fan of Pamela Geller’s blog, this all but proves he was part of an Israeli Mossad operation to take over… well, pretty much everything.
He writes, “Because our police forces in America, New Zealand, Norway, Britain, Sweden, Denmark, France, Canada, Australia and elsewhere are infiltrated with Mossad sayanim, katsas, and jumper katsas, we must take it upon ourselves to expose these agents, publicize their names, turn the disinfectant of sunshine on their subterranean operations, and generally, make life miserable for them.”

Pamela Geller (a leading opponent of the “Ground Zero Mosque”) had informed us that while, yes, Breivik’s behaviour was monstrous, the Liberal-sponsored youth camp he targeted was an “indoctrination camp run by Norway’s ruling Labor Party for up-and-coming children of the ruling elite”.
This was also pointed by Alex Jones’s ideological twin, Glenn Beck, on his radio show. As reported by The Telegraph, Beck said: “There was a shooting at a political camp, which sounds a little like, you know, the Hitler youth. I mean, who does a camp for kids that’s all about politics? Disturbing.”
He made a point of adding that a Republican youth camp would also be disturbing. I guess his fact-checker took the year day off, and couldn’t tell him about this. It’s a little creepy, sure, but “Hitler youth”?

Madsen seemed confident of his wild-ass guess, but to most people Geller’s callous post does not in any way indicate Mossad involvement in Breivik’s crimes. The desire to believe was there, but the evidence simply wasn’t.

Then, four days ago, Prison Planet re-posted this article from YNet: “Swedish professor links Israel to Norway massacre“. The title sounds pretty solid, right? But the article itself shows us only a “hint” of some possible link. The professor brings no actual evidence to the table.

Keep trying, guys. Sooner or later, if you keep going in this direction, you’ll be the Jew-haters you seem to aspire to be.