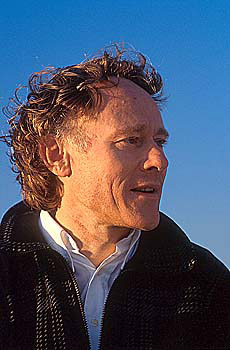 I think it should be obvious to any thinking person who examines this material that the Maya are not saying the world ends on 21 December 2012. They are saying that a great cycle of the human story reaches a culmination and a new cycle begins – this is an eminently cyclical calendar.

And it is interesting that in the Long Count Calendar, I believe it is about 5,126 years or so, are the 13 baktuns of the Long Count Calendar. And what is interesting is that is precisely the period of what I would define as urban centrally controlled civilisation. That is really when the story of civilisation as we have understood – the City State (civilisation has to do with the word, ‘city’) – begins to arise and becomes the dominant form and the dominant force.

What is interesting to me is that in a way now at this point as we approach 21 December 2012 I think we are also approaching the limits of the State model. Really, you can trace almost all the problems in the world today to the sickness of the State and to the institutions that prop up and are associated with the State, which include the large, mainstream religions. All of these centralised hierarchical, expert-led, priest-led institutions have their origins in precisely this period that the Mayan calendar (whether by accident or design) has clearly demarcated – a period of just over 5,000 years, from 3500+ BCE down to today. And, whereas that model may have had its place in human history and may have been fundamentally necessary in the human story, I do feel that it has reached a point of utter decay now and that it is very deeply unhelpful to the world.

I think one of the most negative influences in the world today is the State. The large bureaucracies, the large armed bureaucracies that seek to remove power from the individual and control everything centrally, which even deny us the right to sovereignty over our own bodies and our own consciousness – all of these are rooted and grounded in the idea that the State knows better than we do – what we should be doing with our lives. So, that’s what I see coming to an end. And it’s not an overnight thing – it’s a process, as everything cyclical is, and we are caught up in a very interesting moment in that process, but it would be naïve to say that the process clearly, sharply cuts off on 21 December 2012 and something completely new starts on 22 December. No – it’s not going to be like that.

We’re caught up in a cusp moment, in a period of struggle and turmoil, where things are  going to change, whether the State likes it or not. The State can dig in its heels, it can keep magically creating electronic money and throwing it at these economic problems we are seeing all over the world. It can keep on doing that for a while, but sooner or later that system is going to come down and it’s just one of those extraordinary and remarkable things that the Mayan calendar picked a series of dates that exactly encapsulates the period of the rise and the beginning of the decline and fall of the State model.