21 Crazy Notions ’til Christmas: Pasteurization is a Scam 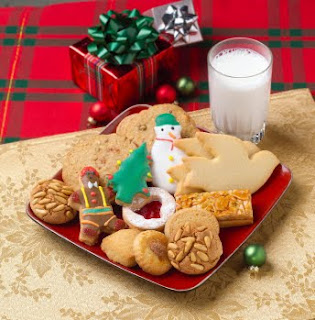 On his May 16/10 broadcast, Alex Jones declared that drinking pasteurized milk causes heart attacks, and pasteurization is a scam.

This bit of nonsense isn’t original to Alex Jones, though he should have said “homogenization” instead. He probably picked this up from raw milk promoters who insist that homogenization and pasteurization render milk less nutritious, if not downright hazardous, or from the vegans and whole food folks who will try to convince you that all milk is dangerous (this weird little factoid sheet even tells us that feeding pasteurized milk to any living creature is “abuse”).

A few of these people contend that drinking cows’ milk radically increases your risks of heart disease, not because it’s high in cholesterol, but because homogenization supposedly allows a certain enzyme to be absorbed into the bloodstream to wreak havoc. For example, vegan Keith Nemec claims the enzyme xanthine oxidase is digested in the stomach when it is present in raw milk. But if the milk has been homogenized, the enzyme is encased by fat globules that can pass undigested into the blood, adhering to artery walls and becoming abrasive. The body repairs the abrasions with cholesterol, resulting in atherosclerosis (hardening of the arteries). Therefore, xanthine oxidase from pasteurized milk products is a significant cause of heart disease in the U.S.
This concern has been around for a while (it first surfaced in the ’60s), but research has yet to find a link between homogenized milk and cardiovascular disease (see, for instance, this 1983 article from the American Journal of Clinical Nutrition).

No one except Jones contends that pasteurization contributes in any way to heart problems; he obviously confused homogenization with pasteurization. There is nothing in the pasteurization process that could possibly make milk more harmful than raw milk. Most of the milk you buy in U.S. stores has been pasteurized with the High Temperature/Short Time (HTST) method, meaning the raw milk was evenly heated to a temperature of 161 °F (71.7 °C) for 15–20 seconds, then rapidly cooled.
This simple process kills nearly all pathogens in the milk, making it not only safer to drink, but longer-lasting as well. It is no way a “scam”. $8 jugs of unpasteurized milk strike me as a bit on the scammy side, though. Even if the cows are grass-fed and raised in hygienic conditions, raw milk may contain yeast, mold, fecal matter, and bacteria, including Salmonella, E. coli, Listeria, Staphylococcus aureus, Yersinia pestis, and Campylobacter. It can also transmit TB, scarlet fever, diphtheria, Q fever, and brucellosis.

According to the CDC, raw milk products were behind 86 outbreaks of food poisoning between 1998 and 2008, causing 1,676 illnesses and two deaths.
But the number of deaths may actually be much higher than two. This 2008 article in AAP News (the in-house publication of the American Association of Pediatrics) lists seven raw milk deaths in the U.S. between 2000 and 2005. Five deaths resulted from Listeria in four states (Texas, New Hampshire, North Carolina, and New York) and two resulted from Mycobacterium bovis in New York and Maryland. Of the 473 people affected in 19 cases, 66 had to be hospitalized. This starkly contradicts the raw milk cheerleaders who tell you no one has been harmed by raw milk. Yet this Natural News story re-posted to Infowars in November claims the CDC admitted there have been zero U.S. deaths related to raw milk consumption since 2001. Who’s right? That will have to be sorted out by someone else. What I can tell you is that raw milk is reportedly making people very sick. Just last month, five children in California were infected by E. coli after drinking dairy from Organic Pastures, the country’s largest producer of raw milk. Three of the kids were hospitalized with hemolytic-uremic syndrome. Though the children lived in four different counties, had the same strain of E. coli, and all drank Organic Pastures products, owner Mark McAfee insists his milk had nothing to do with it.
Between 2006 and 2008, the California Department of Food and Agriculture issued three recalls of Organic Pastures products containing Campylobacter, E. coli, and Listeria.

Raw milk articles re-posted to Infowars, such as this one by Karen De Coster, leave readers with the impression that They are staging a tyrannical war against the sale of raw milk products. In reality, the majority of states (30) allow it despite all the known health risks.

Comments on Infowars indicate that Jones’s fans are on the raw milk/anti-pasteurization bandwagon. Take this comment posted on December 2 by “Luke 10 18”:

The largest cause of the disease process you know as diabetes is pasteurized and ultra pasteurized homogenized FAKE ASS FACTORY milk BECAUSE bovine serum albumin fragments aka what you are left with when you heat something past it’s mp melting point AND CRUSH IT OS HOMOGENIZE IT AND DESTROY ANY REMAINING BENEFICIAL FAT CO ENZYMES OR VITAMINS AND CO FACTORS ALL THE BIO AVAILABLE ESSENTIAL NUTRIENT ACTIVATORS. in healing arts practitioners circles it’s called autoimmune DIABETES. A diet VERY HIGH IN certified RAW organic grass fed CREAM and pure butterfat whether from reindeer cow sheep goat buffalo or camels are the only stable fuels for your brain and body. anybody pushing anything else on your BODY is really a nobody uh huh that’s right oh no!!!

Luke 10:18 also claims that soy products cause premature baldness and infertility, and opines that women who feed soy-based formula to their babies should be publicly executed.

Before leaping onto the raw milk bandwagon yourself, take a look at this scientific references page at Real Raw Milk Facts, and the CDC’s information and links on raw milk products.